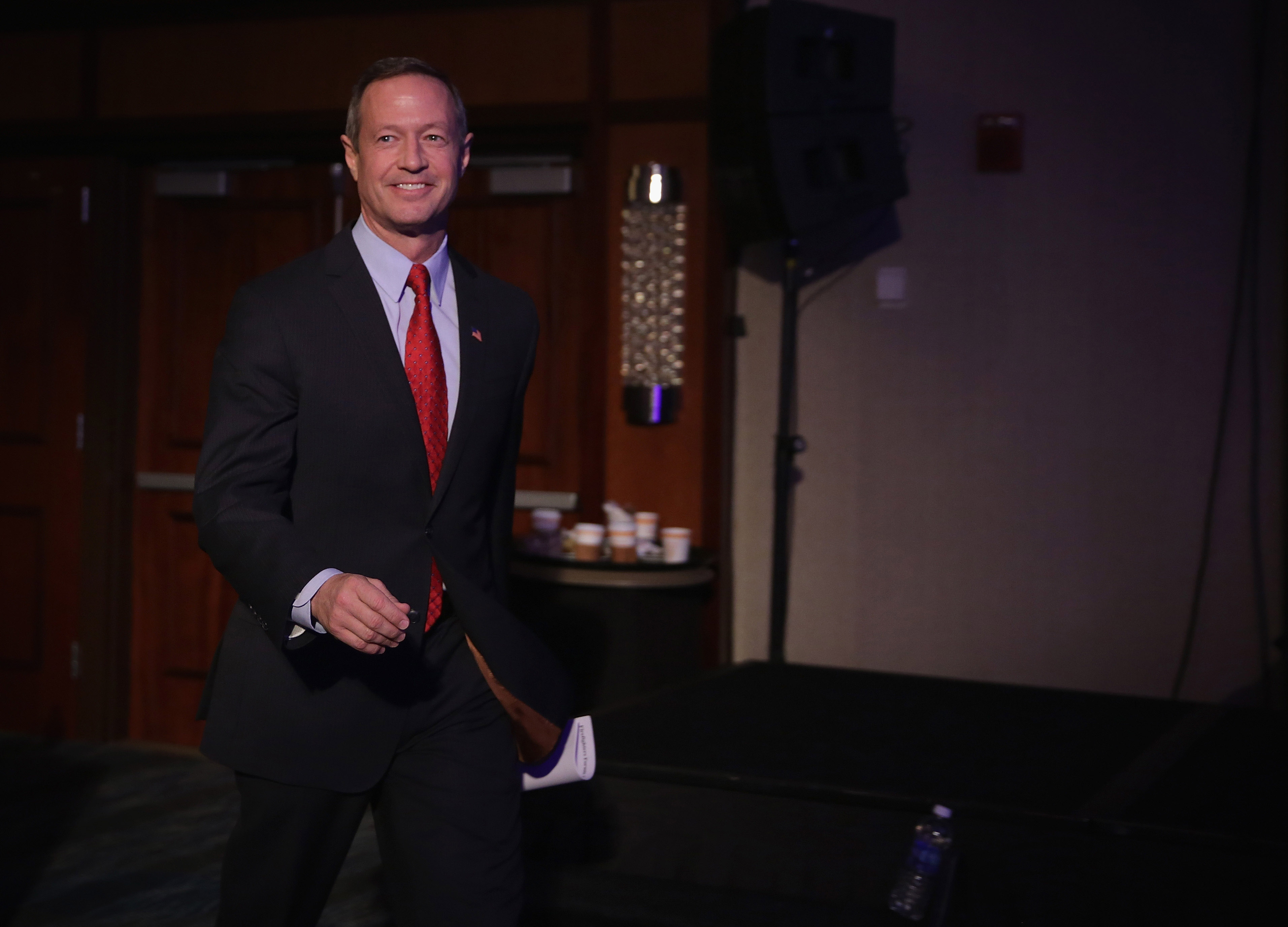 Martin O'Malley, the former governor of Maryland and mayor of Baltimore, has cancelled paid speeches in London and Dublin amid heightened tensions and violence in Baltimore.

"I'm saddened that the city I love is in such pain this night," O'Malley said earlier on Monday before he cancelled the trip. "All of us share a profound feeling of grief for Freddie Gray and his family. We must come together as one city to transform this moment of loss and pain into a safer and more just future for all of Baltimore's people."

In Washington, President Obama spoke with O'Malley's successor, Maryland Gov. Larry Hogan, Monday evening about the situation in Baltimore. Earlier in the day he also spoke with Baltimore Mayor Stephanie Rawlings-Blake. Senior adviser Valerie Jarrett has been in touch with Hogan and Rep. Elijah Cummings, D-Maryland.

O'Malley frequently touts the work he did lowering crime in Baltimore, which was one of the most violent cities in the nation when he came into office. He addressed the ongoing tensions involving policing and the black community earlier this month at the National Action Network Convention, prior to the tensions in Baltimore.

"It's very, very hard, I think, for white people, any white people, to understand just what that loss of a precious life does to the constant state of random vulnerability that Americans of color feel," he said.

"One of the sad triumphs of white racism is the degree to which it has succeeded in subconsciously convincing so many of us, black and white, that somehow black lives matter less," he went on to say. "You've heard the phrase in your own community. When there's a horrific shooting, people try to dismiss it by saying, 'its just demons shooting demons.' It's not demons shooting demons. It's us shooting us. And any time a life is lost, the violent crime or the unjustified police shooting, we lose something as a people."

Though he cancelled the trip, O'Malley has not yet indicated whether he will speak publicly on the violence that rocked the city on Monday.