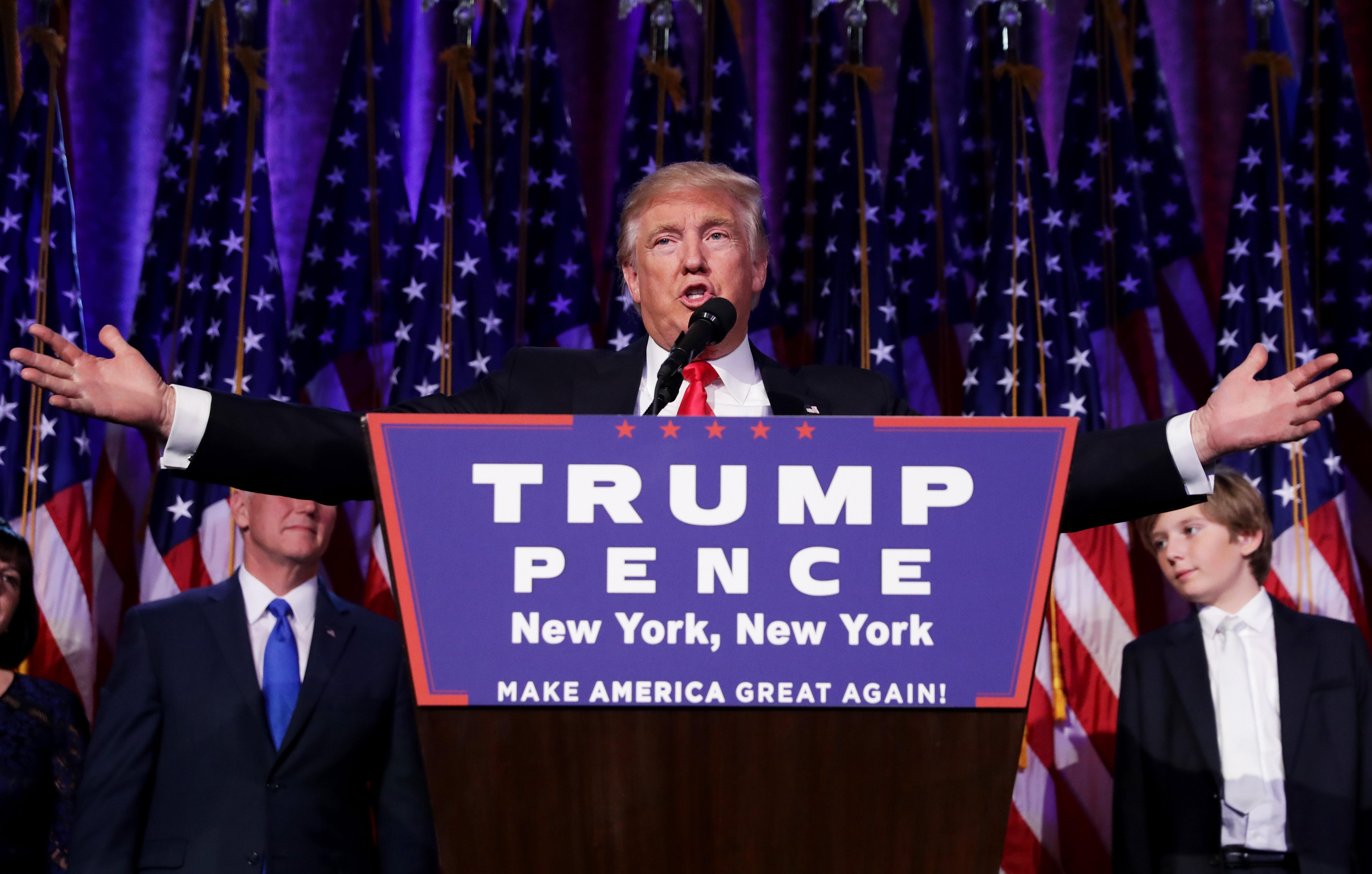 In the wake of Donald Trump's unexpected victory in the presidential race last November, analysts explaining the outcome often fell into one of two distinct camps. The first group saw economic pressure points like free trade and declining wages as the primary factors behind Trump's win. The second group argued that cultural anxieties about race, religion, and immigration played a bigger role.

A new study that surveyed the same group of 8,000 voters between 2011 and 2016 sheds some light on that debate, and it seems to lend more credence to the cultural explanation for Trump's win than the economic one. The study was conducted by the Democracy Fund Voter Study Group, a group that describes itself as "a new research collaboration comprised of nearly two dozen analysts and scholars from across the political spectrum." The group was convened by Henry Olsen of the Ethics and Public Policy Center, John Sides of George Washington University, and Joe Goldman of the Democracy Fund. Its members include a host of academics along with analysts from liberal groups like the Center for American Progress and conservative groups like the Heritage Foundation or the Cato Institute.

People who switched their vote from Obama in 2012 to Trump in 2016 "overwhelmingly" fell into the populist camp, explains study author Lee Drutman. Only 59 percent of populists who voted for Obama also voted for Clinton. Twenty-seven percent voted for Trump, and 14 percent supported neither.

"The primary conflict structuring the two parties involves questions of national identity, race, and morality, while that the traditional conflict over economics, though still important, is less divisive now than it used to be," Drutman writes. "By making questions of national identity more salient, Donald Trump succeeded in winning over 'populists.'"

The study also examined how attitudes on race issues were correlated with changes in voting behavior. From 1992 until 2008, the study noted, white voters without a college degree were about evenly split between the two parties. By 2015, those voters tilted toward the GOP by 24 percent.

Voters were asked how strongly a number of issues factored into their vote choice in 2012 and 2016, with the goal of identifying "factors that were uniquely powerful in 2016 compared to 2012." The results showed that cultural questions (attitudes toward black people, immigration, and Muslims) became significantly more important for voters in 2016 than in 2012, while the importance of economic issues (entitlements, trade, and others) remained fairly consistent in both elections.

"The 2016 election was not uniquely about 'economic anxiety,'" Sides writes. "What stands out most, however, is the attitudes that became more strongly related to the vote in 2016: attitudes about immigration, feelings toward black people, and feelings toward Muslims."

"This pattern fits the prevailing discourse of the two campaigns and the increased attention to issues involving ethnic, racial, and religious minorities in 2016," he adds.

Could Kennedy assassination have been prevented?