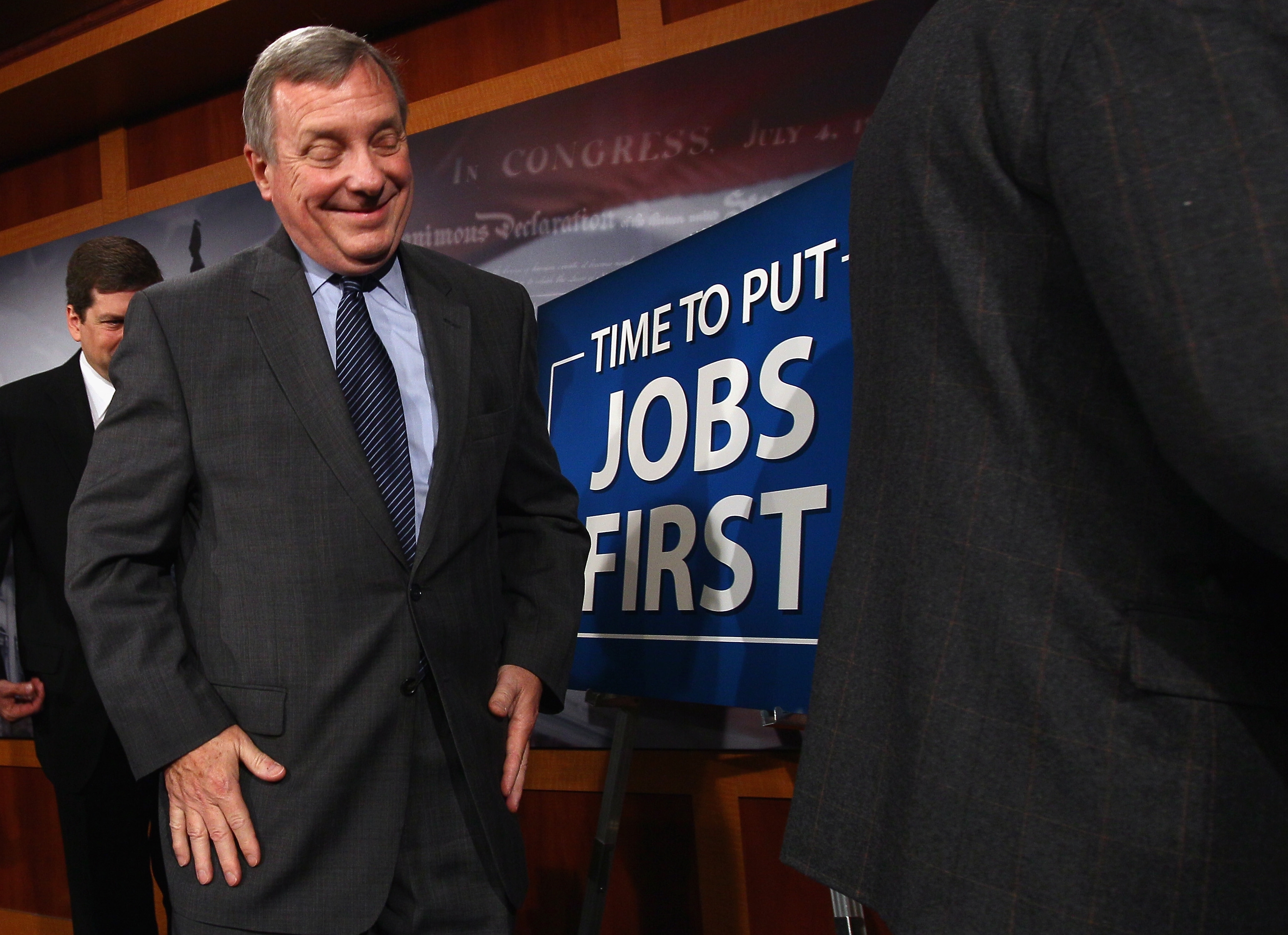 President Obama is pushing Congress to vote on his $447 billion jobs plan as soon as possible, but a Democratic leader on the Senate said Thursday that they don't have to votes to pass it yet.

Asked whether Senate Democrats have the 60 votes necessary to break a filibuster, Senate Democratic Whip Dick Durbin said, "Not at the moment, I don't think we do but, uh, we can work on it."

Durbin explained in an interview with WLS Radio why it's not just Republicans opposed to the president's plan.

"The oil-producing state senators don't like eliminating or reducing the subsidy for oil companies," he said. "There are some senators who are up for election who say I'm never gonna vote for a tax increase while I'm up for election, even on the wealthiest people. So, we're not gonna have 100 percent Democratic senators. That's why it needs to be bi-partisan and I hope we can find some Republicans who will join us to make it happen."

More than half of the president's "American Jobs Act" is made up of tax cuts for working Americans and small businesses. The legislative package also includes spending initiatives in areas like infrastructure. Mr. Obama has laid out a plan to pay for the legislation that relies mostly on collecting more taxes from corporations and the wealthy.

Both progressive and moderate Democrats have expressed concerns about the bill.

Progressive Rep. Peter DeFazio of Oregon told CBS News he's opposed to all the tax cuts. "Half of it is tax cuts, and quite frankly tax cuts don't work," he said. "We've been doing tax cuts for 11 years."

Moderate Sen. Joe Manchin of West Virginia said he doesn't like the price tag. "The ugly part of that act is $450 billion of spending, after we've spent, spent, spent," he said.

Mr. Obama, meanwhile, has been selling his plan to voters across the country. "What on Earth are you waiting for?" he asked Congress before a crowd in Denver on Tuesday. "Let's get to work."