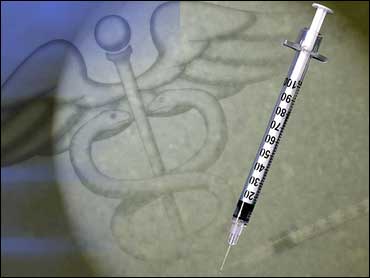 The government abruptly halted aggressive treatment in a major study of diabetes and heart disease after a surprising number of deaths among patients who pushed their blood sugar to super-lows - findings that call into question a growing movement in diabetes care.

Wednesday's move doesn't affect health guidelines for most Type 2 diabetics, but it raises concern about a particularly vulnerable group: Patients at especially high risk of heart attack or stroke.

The 10,000-patient study, dubbed ACCORD, was supposed to answer a big question: Could pushing blood sugar to near-normal levels, below today's recommended target, help protect these high-risk patients' hearts?

Instead, the National Institutes of Health took the rare step of halting part of the study 18 months early - citing 257 deaths among aggressively treated patients compared to 203 among diabetics given more standard care.

That translates into an extra three deaths for every 1,000 participants per year, and researchers were at a loss to explain why. Diabetics' blood sugar wasn't too low, a condition known as hypoglycemia. And a close look at the multiple medications patients used, including the drug Avandia that is suspected of being heart-risky, showed no sign that any were to blame.

Ironically, the study's death rate was well below what doctors usually see in Type 2 diabetics, probably due to the extra care and monitoring they received as part of the research.

"However, it appeared that if a heart attack did occur, it was more likely to be fatal" in that group, Friedewald said. "In addition, the intensive treatment group had more unexpected sudden deaths, even without a clear heart attack."

So for now, the NIH's message: Diabetics with heart disease shouldn't strive for near-normal glucose, but to a level long described as optimal for all diabetics - around 7 on a measurement scale known as the A1C.

"We obviously were surprised. We were hoping for a positive outcome, but the reason we do this research is we don't know that," said study researcher Dr. Hertzel Gerstein of Canada's McMaster University.

The findings contradict previous research suggesting that the lower diabetics can make their blood sugar, the better. That had specialists cautioning Wednesday that it's too soon to know if the finding among heart patients was a fluke, or a real sign of how exquisitely tailored to each patient's risk factors diabetes care must be.

"Everything else has suggested, for 50 years or more, that tight control was good," said Dr. James Dove, president of the American College of Cardiology. "We've got half a century of literature that is put on the back burner right now by one study. ... It may not be the final decision."

Some 21 million Americans have diabetes, meaning their bodies can't properly regulate blood sugar, or glucose. Diabetics already are at increased risk of heart disease. Type 2 diabetes, the most common form, is linked to obesity, which in turn harms the heart. Plus, high blood sugar over time damages blood vessels.

The A1C test tracks average glucose levels over two or three months. People without diabetes have A1C levels as low as 5.

The American Diabetes Association has long recommended that diabetics aim to get their A1C level below 7, far below the long-common 8 or 9. Every point-drop lowers the risk of serious complications, such as blindness or kidney failure, by 25 percent to 40 percent.

Recent research shows that about half of U.S. patients have succeeded, and that "this overall level of glucose control appears to be of great benefit rather than harm," the ADA said Wednesday.

Getting too far below an A1C of 7 is very difficult, and very few patients outside of research studies succeed. The NIH study aimed to have aggressively treated patients dip below a level of 6, into near-normal range. Only half got below 6.4, compared to an A1C of 7.5 among study volunteers getting standard treatment.

Wednesday's announcement does not change that guideline. Rather, the NIH's National Heart, Lung and Blood Institute added the nuance that diabetics with heart disease stop at a level of 7 rather than dip below, while researchers try to figure out what happened. They have switched all the study participants to standard therapy, and will track their health until June 2009.