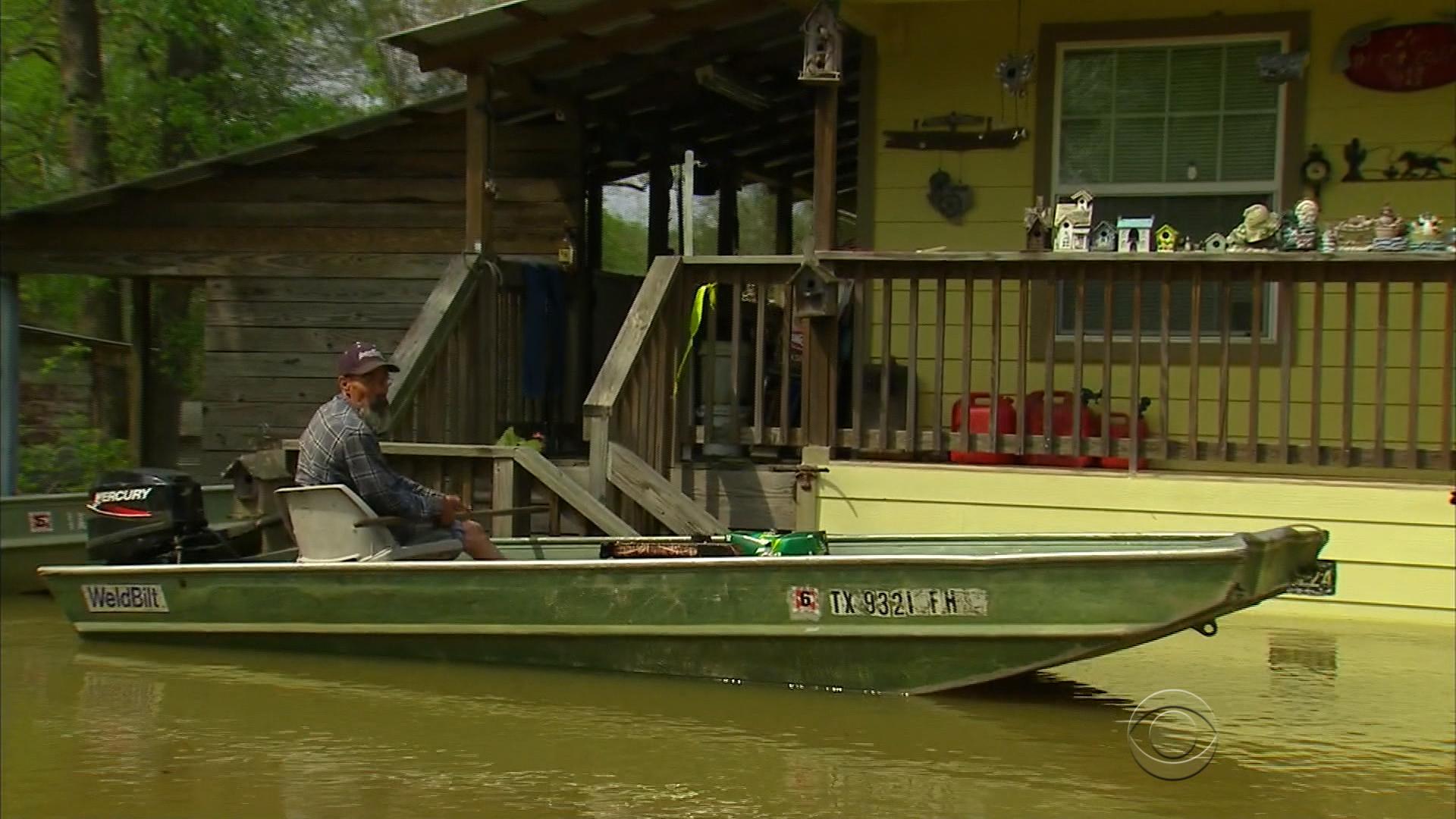 DEWEYVILLE, Texas -- Floodwaters are getting deeper in the Deep South. No place has been hit harder than Deweyville, Texas, on the Louisiana border.

It is the worst flooding Deweyville has seen in over 100 years. Everything -- the sheriff's department, post office, church, school, and the town's only grocery store -- is under water.

Deweyville, a town of 1,100 people, sits west of the Sabine River. It's a funnel for many smaller tributaries carrying water downstream from three larger bodies of water.

At least 20 inches of rainfall over the last week and 455 billions gallons of water released from an overflowing reservoir have left Deweyville flooded by four feet of water.

On Tuesday, rescuers spotted animals in need of help. One dog had to be coaxed into a boat.

Down the road -- or down river, as it is now -- is Krista Kachtick's home, with two feet of water inside.

"It's horrific," Kachtick told CBS News. "I would have never, in all my 26 years, thought I would see what I'm seeing right now."

CBS News traveled by boat with rescuers headed to check on a man they met Monday night, who refused to leave his flooded home. One of the rescuers said it was pitiful.

There was no response when emergency personnel knocked on the man's door. Just as we were heading back to shore, we spotted Ray Holden, who had no plans to evacuate.

The river is expected to crest in Deweyville on Wednesday morning at 33.2 feet, nine feet above flood stage.