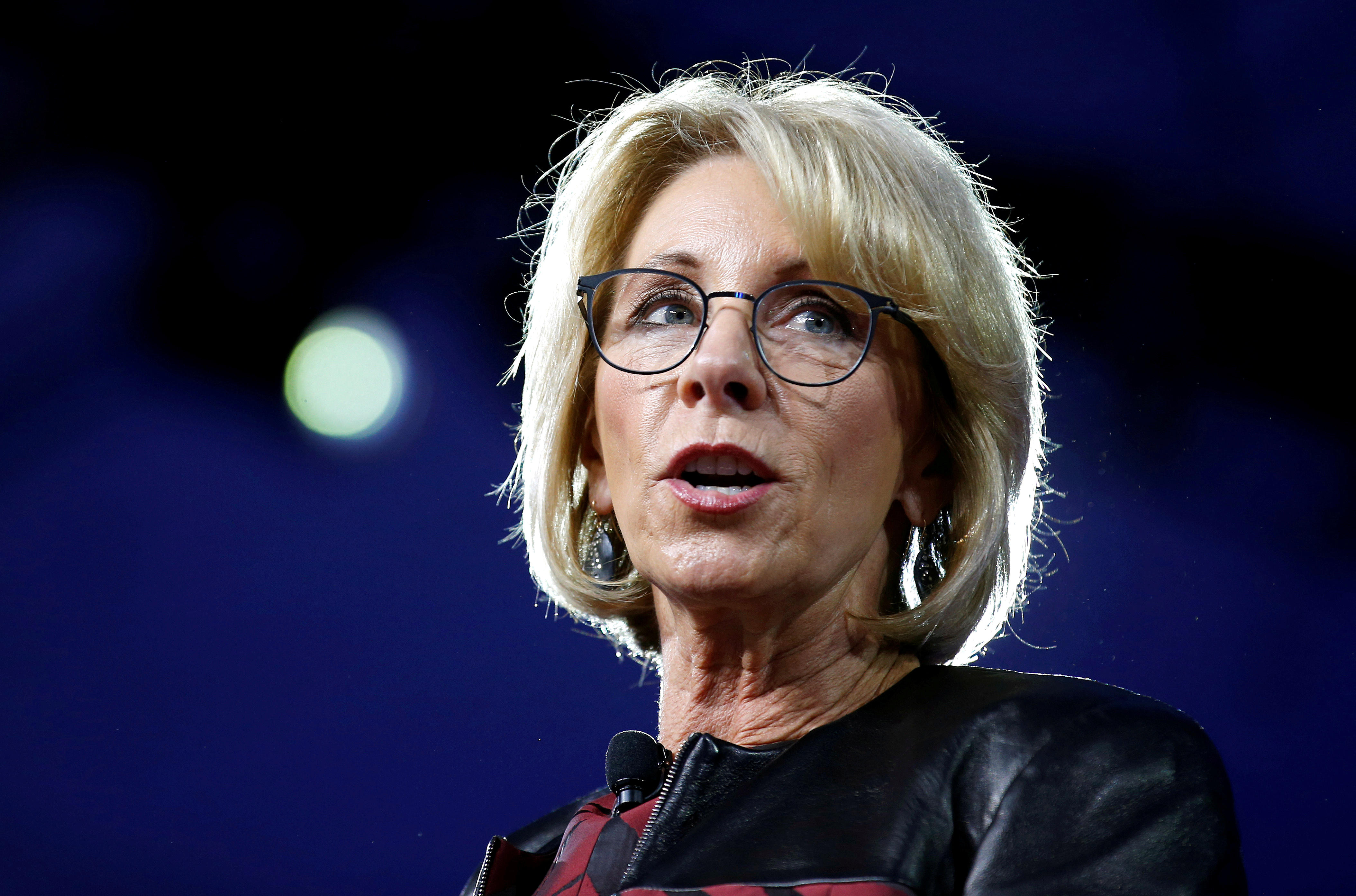 Education Secretary Betsy DeVos says her "heart is with" Dreamers, many of them students who face an uncertain future after the Trump administration announced it is rescinding the Deferred Action for Childhood Arrivals (DACA) program.

DeVos made the comment in an interview with CBS News' Jan Crawford, after Attorney General Jeff Sessions announced the administration is ending the program that protects roughly 690,000 young people who came to the U.S. without legal status as children. DeVos said many of those young people are in the K-12 education system or in higher education, and a Supreme Court ruling in 1982 protects their ability to complete their education in the U.S., but she encouraged them to "take courage."

"Well, first of all my heart is with them," DeVos said when Crawford asked what she would say to those Dreamers. "I understand they're here not by their own volition, and yet they are serious about pursuing their education and contributing to our American society and culture. And I would just encourage them to take courage and have courage." She added that she encouraged Congress "to do what it needs to do."

DeVos said she recognizes the difficulty of the issue.

"I know this is a very difficult issue, and I know it's one with which the president has struggled, as well as all of us," DeVos said. "We are a nation of compassion, and we are also a nation of laws."

DeVos said former President Barack Obama devised DACA as a "temporary" solution, but Congress needs to address the problem legislatively and permanently. Asked whether DACA recipients should be allowed to stay in the U.S. without fear of deportation, DeVos deferred to Congress.

"Well, again, that's really up – it's Congress' role to pass the laws," DeVos said. "We are a nation of laws but we also a compassionate nation. So I – I hope that they will do their job and address this issue once and for all."

DeVos has served as a somewhat controversial figure in Trump's administration. On Thursday, she said the Obama-era guidelines  addressing campus sexual assault aren't working, and she announced her department will be revamping the policies. Last month, DeVos acknowledged that she should have decried racism more forcefully, after she said historically black colleges and universities (HBCUs) are "real pioneers" of school choice. The backlash to that comment was swift -- it was pointed out HBCUs were often a result of segregation.