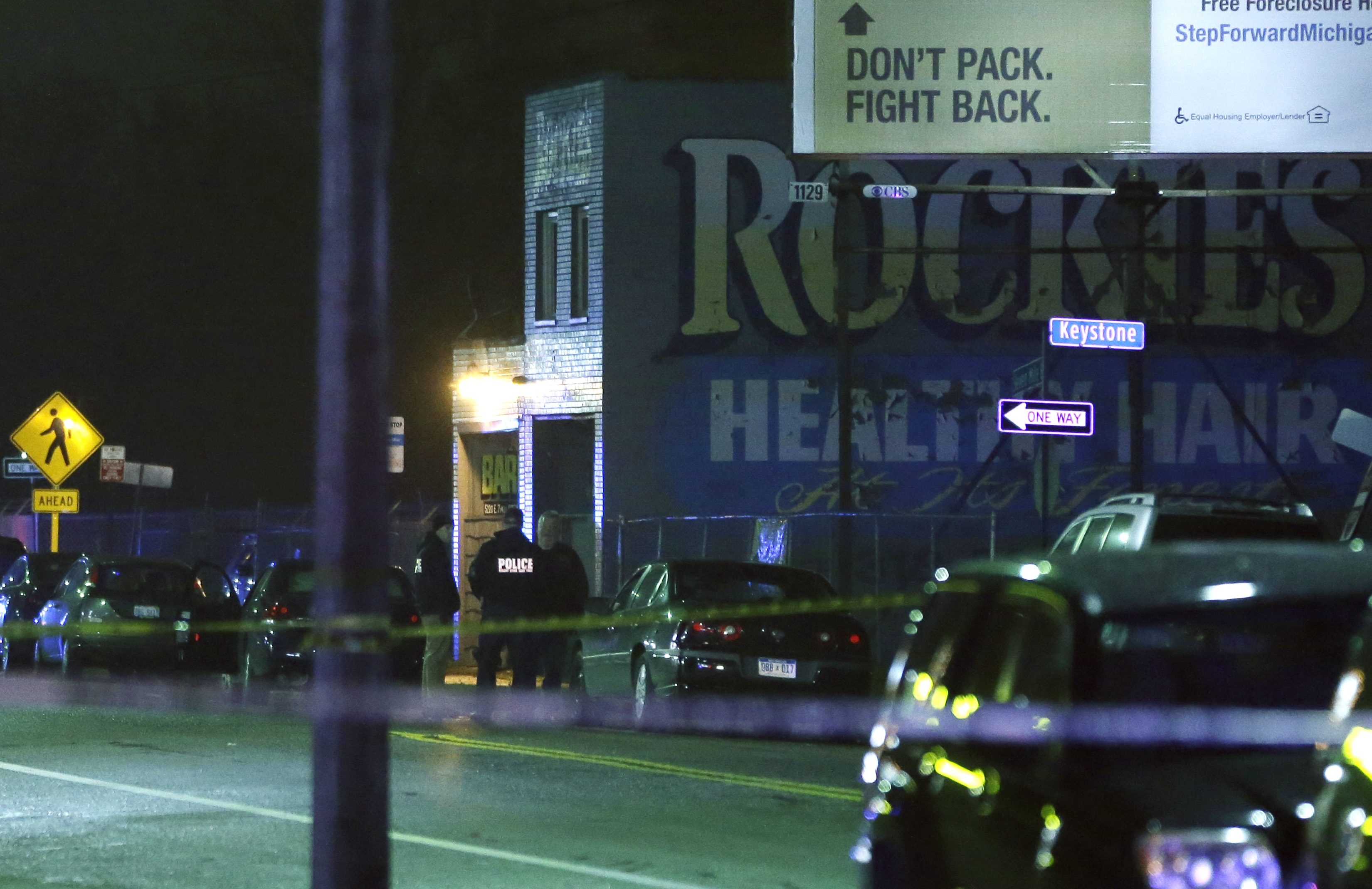 (CBS/AP) DETROIT -  A man has been apprehended and will be questioned about a barbershop shooting that killed three people and wounded several more, said Detroit Police Chief James Craig.

Craig said Thursday that the man was wearing body armor when he was arrested on unrelated felony charges in suburban Rochester after the shootings Wednesday evening.

Craig says the man is a convicted felon and "person of interest" in the shootings at Al's Barber Shop on the city's east side. His name wasn't immediately released.

The chief says someone shot a high-powered rifle through an open door into a back room, striking nine. Craig says at least 20 people were "engaged in gambling activities."

Craig says the shooting was the result of "an ongoing feud."

The barbershop is in a strip mall along a major road on the city's east side. Nearby businesses include a Chinese restaurant, auto repair shops and a convenience store.