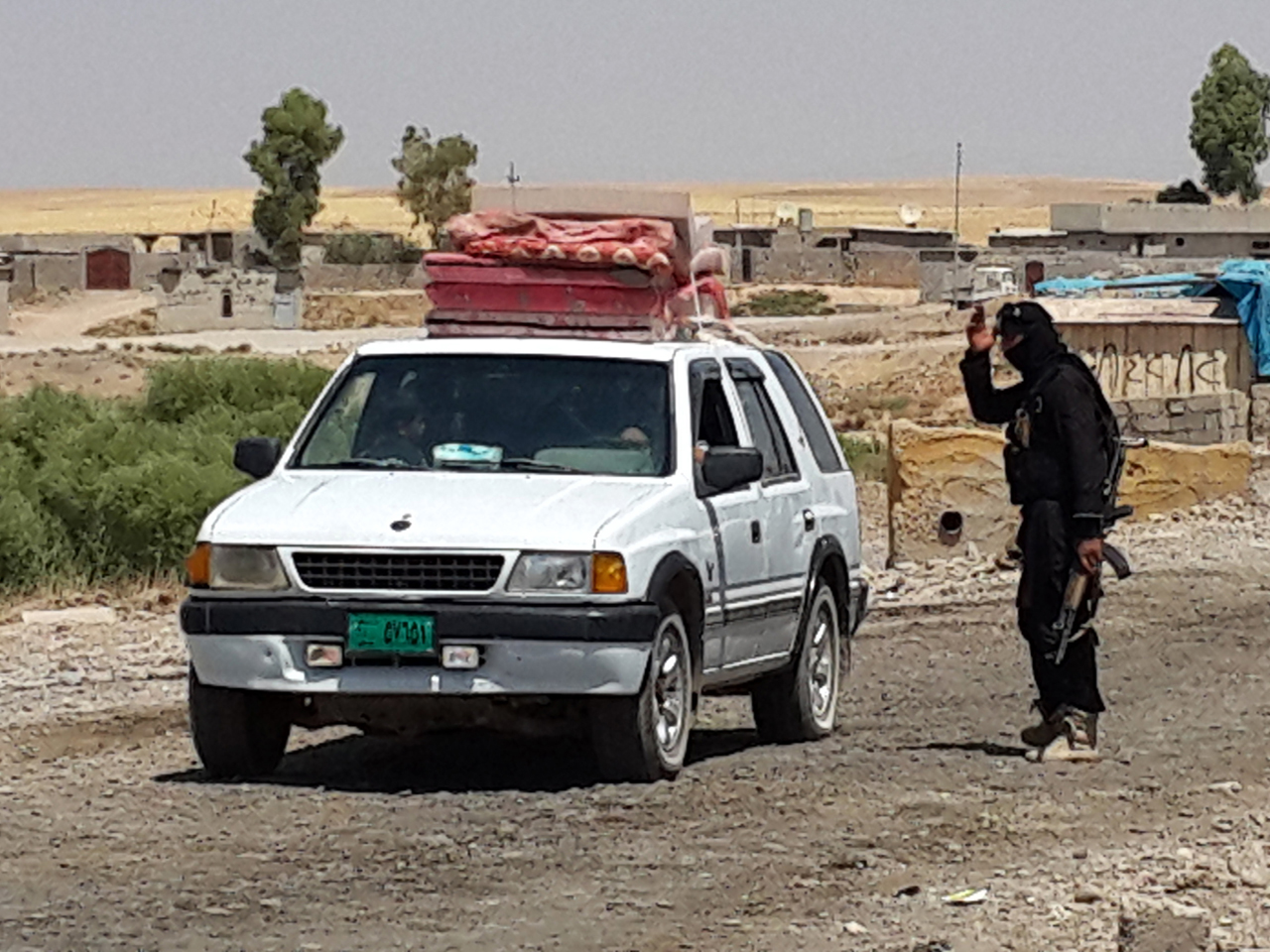 As the United States attempts to curb the momentum of the Islamic State of Iraq and Syria (ISIS), it will have to confront the fact that the extremist group is flush with cash.

While ISIS has its origins in al Qaeda in Iraq, it's not entirely reliant on the wealthy donors that propped up al Qaeda as it grew in the pre-9/11 era. Instead, ISIS has in some ways developed a "hybrid form of funding" that is both global and local, CBS News Senior National Security Analyst Juan Zarate said.

There's no clear answer as to how much money ISIS has, but reports say the group is bringing in more than $1 million a day. If U.S. officials want to squeeze ISIS dry, they will have to take certain steps now to cut off those donors but also help opposing forces in Iraq and Syria wrest back control of the local economy -- a process that could take years.

"They've combined the ability to raise funds and run an economy locally with the ability to tap into on the enthusiasm for their cause globally," Zarate said. "That really presents challenges for counterterrorism officials and in some ways is a more complicated terrorist funding model than we've seen in the past."

As it has since Sept. 11, 2001, the U.S. Treasury Department is taking steps to cut extremists off from their foreign financiers. For instance, on Aug. 6, Treasury announced it was imposing sanctions on three key terrorist financiers, including 'Abd al-Rahman Khalaf 'Ubayd Juday' al-'Anizi -- an individual who allegedly has helped ISIS transfer funds from Kuwait to Syria and has helped pay for foreign fighters traveling from Syria to Iraq.

"Through fundraising appeals on social media and the use of financial networks... al-'Anizi [and others] have been funding the terrorists fighting in Syria and Iraq," Under Secretary for Terrorism and Financial Intelligence David S. Cohen said in a statement. "We and our international partners, including the Kuwaiti government, need to act more urgently and effectively to disrupt these terrorist financing efforts."

At the same time, Zarate said, "You can't lob in Treasury paratroopers or push some magic button in New York and stop all their financing when you've got a group like this."

While some of the group's funding comes from abroad, ISIS has largely gained a financial foothold in Iraq and Syria by effectively taking over the local economy. It's taken control of resources like oil installations and refineries, as well as food granaries, and the group is also extorting and taxing individuals operating businesses in the region.

In Syria, where ISIS controls significant oil producing areas, the group has been dealing with Turkish brokers. The oil is taken across the border and sold at a discount. ISIS is also selling oil to the Assad regime, Zarate said. The group runs oil to regime checkpoints and charges both for the oil and for the security of those truck convoys.

"They didn't just need to sweep in and destroy and rob and pillage," Zarate said. "They're allowing the [local] economies to continue to operate and then they're acting like leeches on top of that economy and leveraging it. That's an interesting evolution of this group that makes it different from al Qaeda in Iraq."

ISIS has in part succeeded at taking over the local economies because the people of Iraq and Syria are simply disgusted with the rampant government corruption they've witnessed, said Brian Katulis, a senior fellow at the left-leaning Center for American Progress. That's why, he said, President Obama has pledged his support to Iraq's new government.

"When President Obama and others -- President Bush talked about this, about having decent governance -- it sounds soft, but it actually cuts to the core of how do you squeeze these terrorists and criminals," Katulis said. "You do that by having institutions that actually function and deal with all sectors of society equitably."

The U.S. can help to a certain extent, but "that's a very long game," he said, "and it's nowhere near where are we at right now."

The administration, Katulis said, has yet to develop a broad strategy to respond to ISIS and is currently in "reactive, tactical crisis management mode."

"The problems of Syria and the problems of Iraq have merged, it's staring us right in the face," he said. "Yet we have a policy process that stovepipes these two problems to a large extent. We need to move rapidly... to look at this problem set, these problems of both Iraq and Syria as joint. Easier said than done, but important to do."