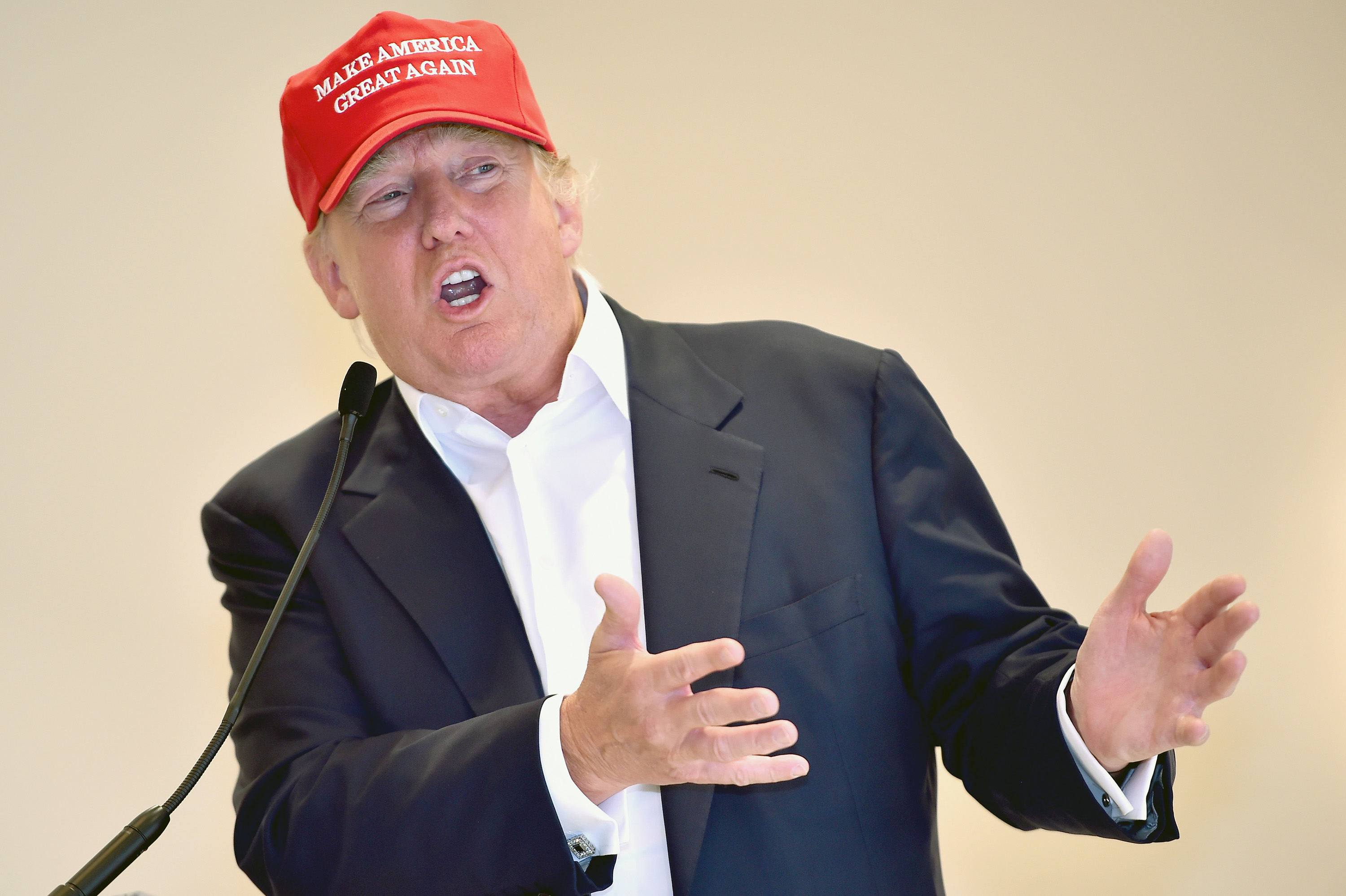 After Republican presidential candidate Donald Trump came under fire for saying Mexican immigrants were rapists and criminals, he insisted it would not hurt him with the Hispanic community. "I love the Mexican people. I've had a great relationship with Mexico and the Mexican people," the businessman and reality television star said. "I'll win the Latino vote," he proclaimed.

Not if Latino voters have anything to say about it, apparently. A new poll by The Wall Street Journal, NBC News and Spanish language broadcaster Telemundo found that 75 percent of a group of 250 Hispanic adults polled said they had a negative view of Trump. Just 13 percent said they had a positive view.

Despite an outcry about his description of Mexican immigrants from fellow Republicans and the Latino community, Trump refused to apologize. The poll offered Hispanic respondents a variety of reactions to his comments, and 55 percent of those surveyed said Trump's words were "insulting and racist and have no place in a campaign for president." ‪

Another three in 10 said he was raising an important issue, but should have been "more careful" in his choice of words. Fourteen percent said they admired him for addressing an important problem and said it took "guts" to say "exactly what was on his mind."

Republicans cannot afford to lose three-quarters of Hispanics, one of the fastest-growing voting groups in the United States. The party's 2012 presidential nominee, Mitt Romney, earned just 27 percent of the Latino vote in the U.S. During the primary election, he had had advocated for "self-deportation" as an immigration policy. Trump, by comparison, said on CNN last week that he would deport all of the more than 11 million immigrants living illegally in the U.S. and then allow some to return with legal status.

In the poll, half of Hispanic respondents said Trump's beliefs about Mexican immigrants were his alone and not representative of the party. Another 29 percent said he was speaking for most of the GOP.

Trump wasn't the only one to get bad news in the Wall Street Journal/NBC News poll. It also found that both former Florida Gov. Jeb Bush, one of the top-polling Republican candidates, and Democratic frontrunner Hillary Clinton are losing support among primary voters and among key demographics within their respective parties.

The percent of Democratic primary voters who said they would vote for Clinton has dropped from 75 percent in June to 59 percent in July at the same time as Independent Vermont Sen. Bernie Sanders has seen his support tick up from the 15 percent to 25 percent.

Bush, who held a 5-point lead over the second-place candidate, Wisconsin Gov. Scott Walker, in June now finds himself in third place with 14 percent of Republican primary voters saying they would vote for him if the election were held today. Both Walker (15 percent) and businessman Donald Trump (19 percent) have overtaken him in the polls.

Clinton now has more voters holding a negative impression of her than a positive impression, and that growth in negative views been especially pronounced among women. Bush has seen his support slip among the most conservative voters, as well as those who care the most about gun rights, right to life issues and the Tea Party.