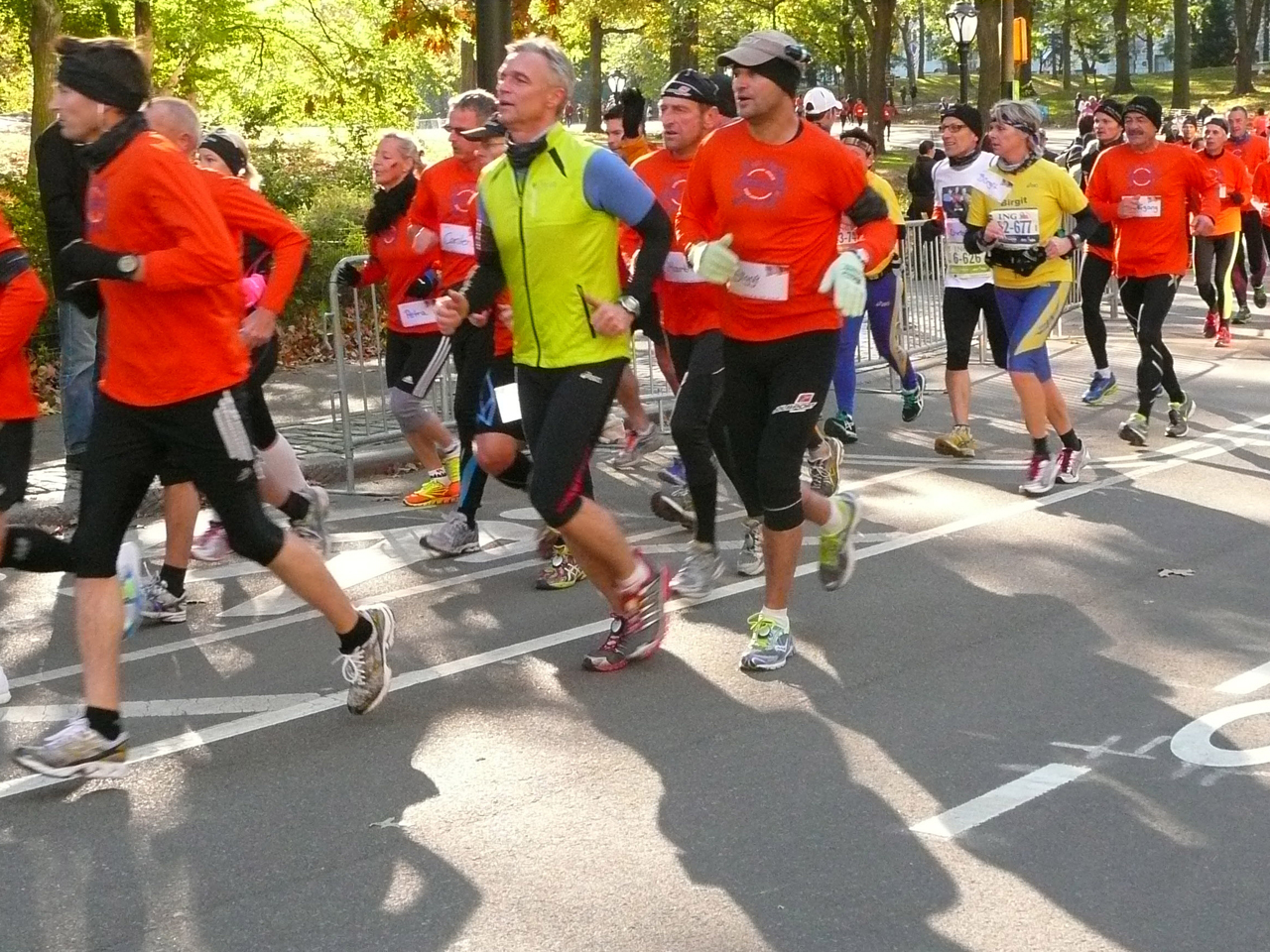 Thousands of runners poured into New York City's Central Park on Sunday morning to do what they had prepared so long to do - put in 26.2 miles (42.2 kilometers).

That's despite the abrupt announcement Friday evening that the world's largest marathon had been called off because of Superstorm Sandy.

Hundreds of other runners, wearing their marathon shirts and backpacks full of supplies, took the ferry to hard-hit Staten Island and ran to hard-hit neighborhoods to help.

Shortly after dawn, groups of runners started gathering on the edges of Central Park to warm up, take photos and drop off clothing and other items for storm victims.

Italians stretched en masse near the Plaza Hotel. The Germans started from Columbus Circle. Everyone plunged into the park to pursue their own race. Some ran around the park clockwise, some counterclockwise, startling dog walkers with a splash of color.

"A lot of people just wanted to finish what they started," said Lance Svendsen, who organized an alternative marathon called Run Anyway. By 8:45 a.m., his group had sent off five waves of runners from the marathon's official finish line, which had not yet been taken down. "It is amazing. My guess is about 600 people have left so far."

It was a throwback to the original New York City Marathon in 1970, which was run ragtag with 127 people and stayed completely within Central Park.

With the cancellation, this year's runners all are guaranteed entry into next year's race, but not everyone could be sure that chance would come.

"I'm in the military, and I could be deployed," said Ruben Arredondo, 36, of Los Angeles, who showed up outside the park at 6:45 a.m. to join a group called the Replacement Marathon, which had been organized online just hours before.

The morning surge surprised even some participants and their fans. Tracey Busch of New Jersey was near the finish line with a small cowbell in each hand, cheering on passing runners who weaved through the crowd of organizers, tourists and media.

"It was kind of eerie because initially there was no one, and then suddenly there was everyone," said Busch, who had arrived around 7 a.m.

"This is the great power of running," said Vincent Laiz, 37, who came from Spain. Seconds later, his impromptu and international group counted down the seconds, in German, to 8 a.m., whooped and set off.

Some, like a team from Bermuda, hadn't fully shaken the disappointment over the cancellation. "It's like when you find out that Santa Claus isn't real," said Spencer Conway, 30, who had turned his country's flag into a cape.

Teammate Natalie Dyrli said the week had been a roller coaster. "I wanted to come home with my medal on," she said.

Many runners were finding a way to volunteer to assist the storm victims. On the steps of a statue just outside the park at Columbus Circle, a newly created grassroots group called Run4All was collecting donations in cardboard boxes.

"A lot of people brought extra clothes," said Gabriella Moreno, 23, from Mexico. She was amazed by the waves of runners but understood why they turned out.

"If you've shaped your life around something for so long, what's stopping you?" she said.

On Staten Island, the runners with backpacks emerged from the ferry for a quick briefing.

Staten Island resident Jonscott Turco gave instructions. "The devastation and damage you are about to wander into," he paused, almost teary. "It's pretty extraordinary. The only thing I can prepare you for is they're still finding people, remains."

He told the runners that some people were grateful they were there but might not react very nicely.

They set off. "I'm a little nervous that they're going to be like, 'Who the hell are you?'" said runner Danielle Jakob.

The landscape worsened as they approached the waterfront. Shuttered gas stations. Long gas lines, with people asleep in their cars.

One man honked and yelled, "There's no marathon! Go home!" But people standing outside one deli yelled encouragement: "Thank you, ladies! God is good."

Near the water, there were no traffic lights and far more sirens. Houses looked like they had been sacked. Furniture, washing machines and TVs were piled up in front yards.

One man came out of his home and asked if the runners had flashlights, and they did. At another house, a family wearing face masks asked for batteries and sweatshirts. They said, "God bless you." The man said, "Let me take your picture."

For runner Hana Abdo, the whole scene was striking. When she found out the marathon had been cancelled, "I was almost in tears because I've been training for two years," she said.

"But what is two years of my life to somebody's whole life?" 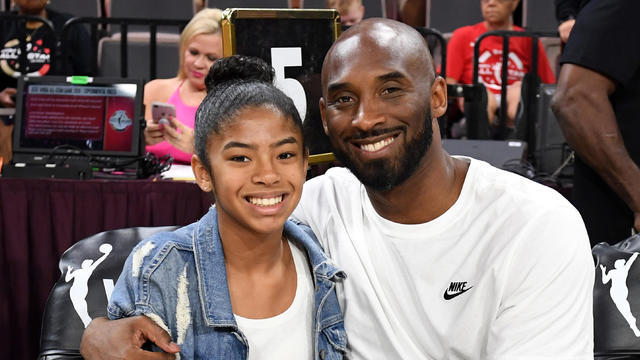 Vanessa Bryant mourns Kobe and Gianna one year after they died

"I miss my baby girl and Kob-Kob so much, too," Bryant wrote. "I will never understand why/how this tragedy could've happened to such beautiful, kind and amazing human beings." 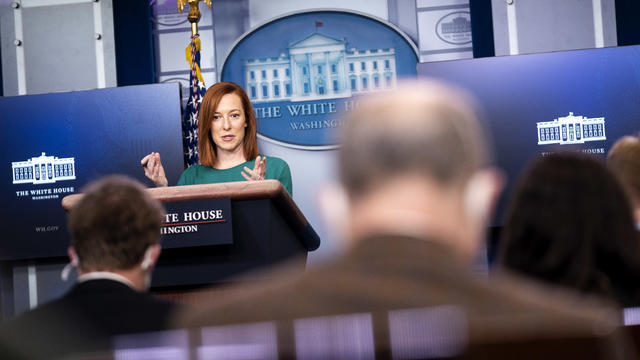 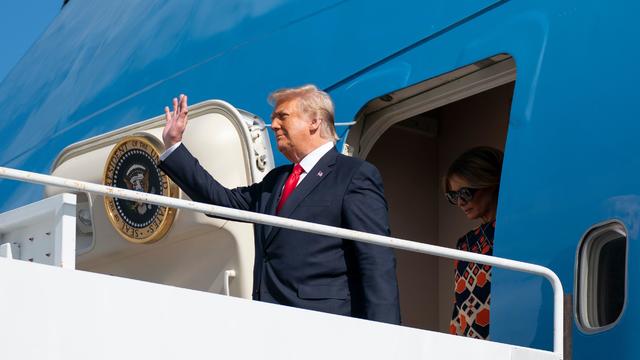