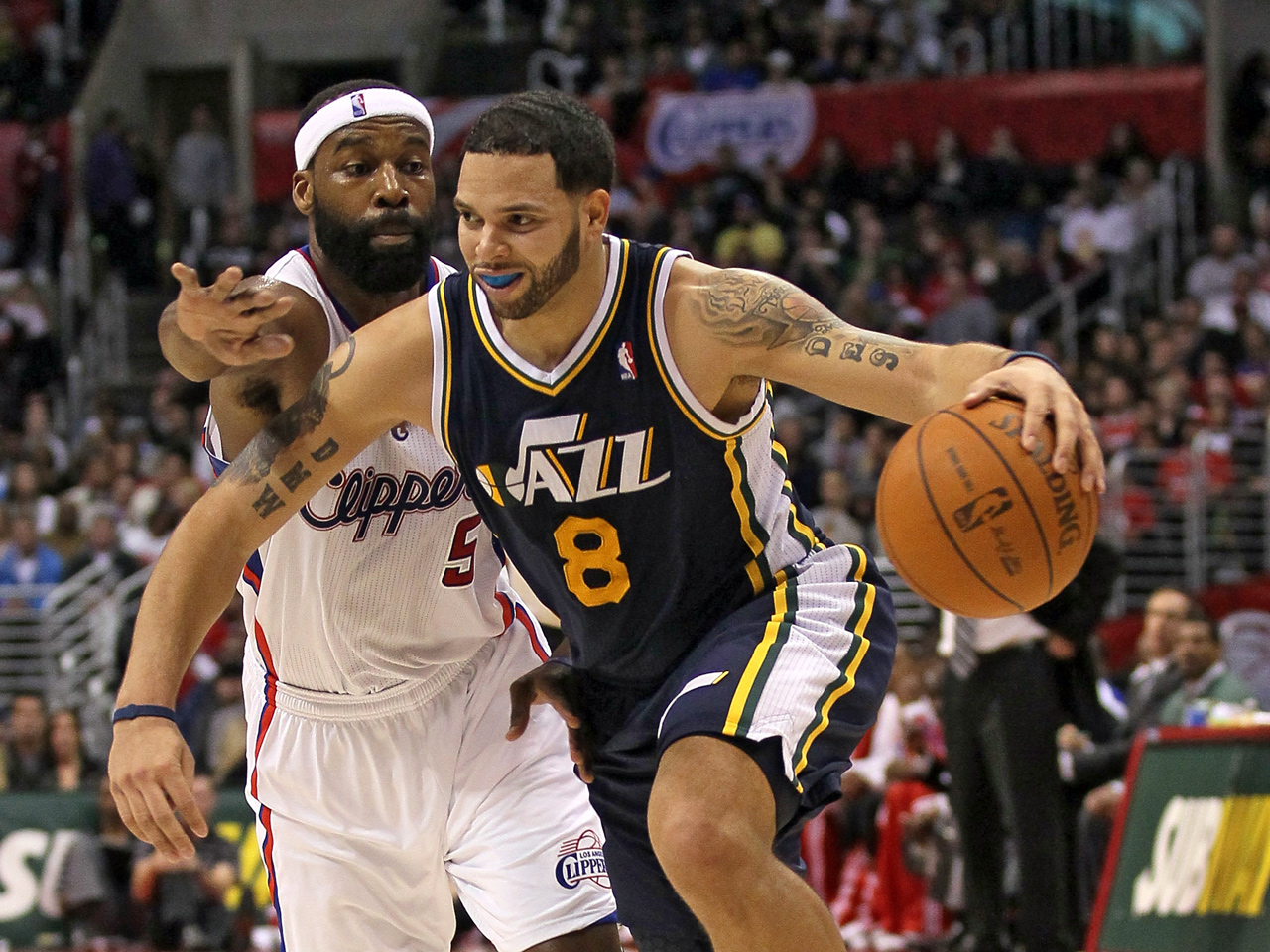 "We are very excited to add a player the caliber of Deron Williams to our roster," Nets general manager Billy King said Wednesday in confirming the blockbuster trade.

"He is one of the premier point guards in the NBA, and his skill and talent level will bolster our franchise as we continue to build towards our goal of becoming a championship-caliber team."

The 6-foot-3 Williams was selected third overall in the first round of the 2005 NBA draft by Utah from Illinois. He is in his sixth NBA season and holds career averages of 17.3 points, 3.2 rebounds, 9.1 assists and 1.0 steals in 35.6 minutes per game.

Williams, arguably the best point guard in the game, had grown disenchanted in Utah, where friction between he and coach Jerry Sloan resulted in the Hall of Fame coach resigning Feb. 11, CBSSports.com's Ken Berger reports. CBSSports.com reported during All-Star weekend that Williams began planning his exit from Utah last summer, telling associates that if Amar'e Stoudemire wound up signing with the Knicks, Williams wanted to follow him there as a free agent in 2012.

Jazz general manager Kevin O'Connor also confirmed the deal, saying it was a "win-win" situation for both teams.

"We feel that we've addressed a current need at point guard with Deron's departure, as well as the future with draft picks and a big man," said O'Connor. "To do so we had to give up an All-Star, but we feel like this is a win for both sides."

The deal comes two days after the Nets failed to land Carmelo Anthony, who was acquired by the New York Knicks as part of a blockbuster deal with the Denver Nuggets.

Harris, a former All-Star point guard, and Favors, the No. 3 pick in the draft, were part of the package the Nets were offering the Nuggets all season for Anthony.

As one rival executive noted, the Nets turned the "guts of the Melo deal" into a far superior talent and didn't have to give up as much as Denver was asking for Anthony -- or even as much as the Knicks gave up for him, Berger reports. But in the end, the players and draft picks surrendered on both sides of the Hudson River will be all but forgotten once Williams, Stoudemire and Anthony embark on what will be without question the most heated rivalry the New York area teams have ever had.

The Jazz were a perennial contender with Williams, but his reputation took a hit when Hall of Fame coach Jerry Sloan retired one day after clashing with him during a game.

Sloan, reached Wednesday morning at his second home in Illinois, was aware of the trade but didn't want to say much.

"I have no reaction to what the Jazz are doing. We wish him well," Sloan said of Williams. "We wish the Jazz well. Good luck to Deron."

Sloan then said he had to "go rake some leaves right now."

Williams was expected to be one of the headliners of the 2012 free agent class along with 2008 Olympic teammates Dwight Howard and Chris Paul, and the small-market Jazz could have faced losing him for nothing.

The Nets now hope Williams will sign a contract extension with them, which they can offer this summer. If so, he would become the face of their franchise when they move into their new arena in Brooklyn for the 2012-13 season.

New Jersey has been desperate to make its first score under new owner Mikhail Prokhorov. The Nets talked with LeBron James, Dwyane Wade and Chris Bosh last summer and when that failed they turned their attention to Anthony. They quickly bounced back from the disappointment of missing out on him with Williams, who is averaging 21.3 points and 9.7 assists.

The trade was a stunner on the day before the NBA's trading deadline. Williams was expecting to play with the Mavs in his hometown of Dallas when the deal was agreed to.

Williams joins the exodus of top West players heading East, following Amare Stoudemire's move from Phoenix to New York and Anthony's deal to the Knicks. The Jazz are only a half-game ahead of Memphis for the final playoff spot in the West and will have to try to hold on without their best player.