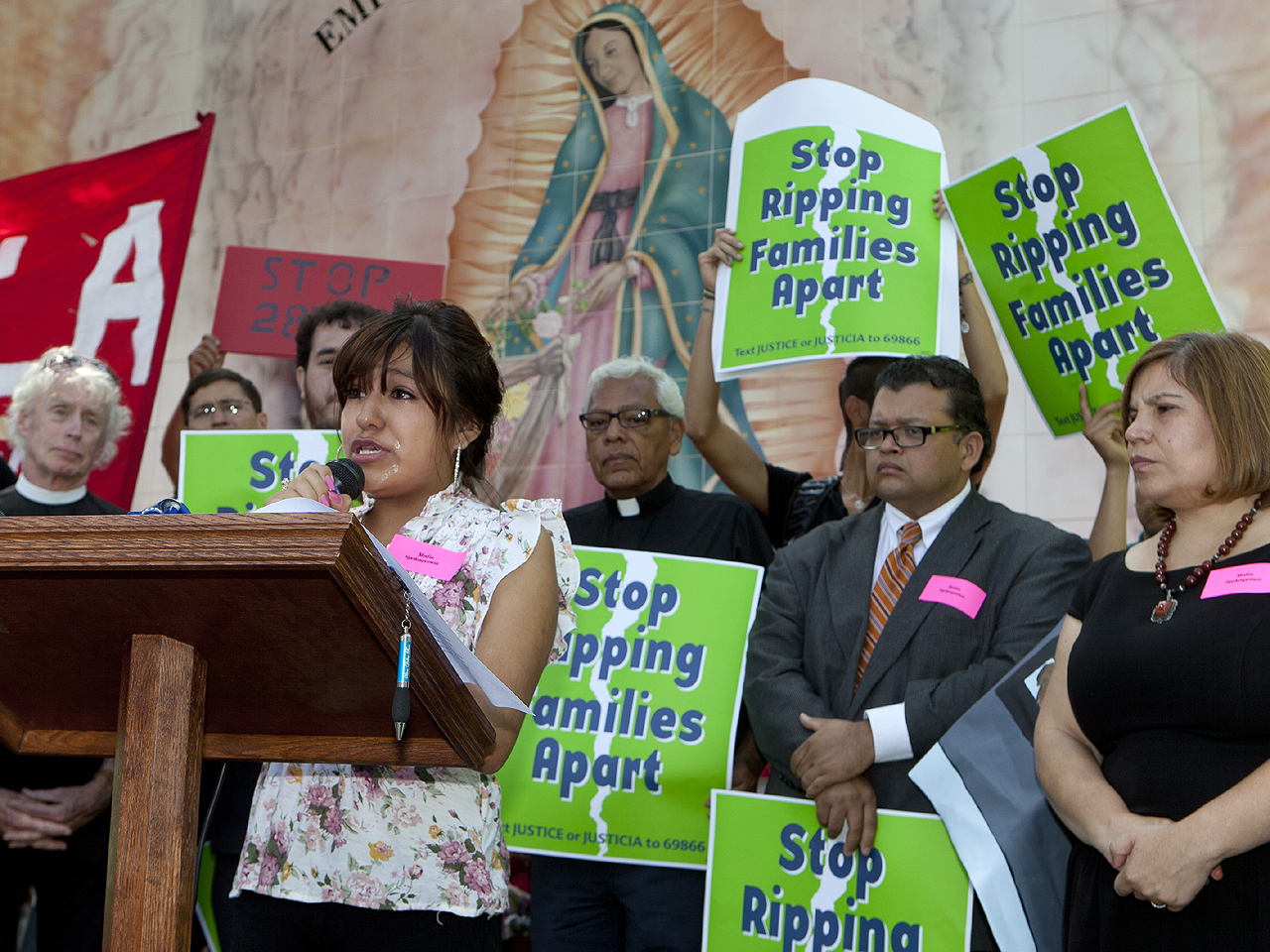 (CBS News) President Obama and his supporters continue to roll out efforts to woo Latino voters, but Latino and immigrant advocates say Mr. Obama's message will be hard to swallow without better attempts to reform the administration's deportation policies.

The Obama administration has pledged to focus its deportation efforts only on illegal immigrants who could be considered the "worst of the worst," as some have put it, and in November the Department of Homeland Security began reviewing about 300,000 backlogged immigration cases. However, data released by the department last week showed that few of the undocumented immigrants with pending cases -- fewer than 10 percent -- qualify for relief from the system, or "prosecutorial discretion."

"It's just outrageous [that] an administration that says, 'we're only going to after the worst of the worst' has concocted a system... that says 90 percent of the people are eligible for deportation," Frank Sharry, executive director of the group America's Voice Education Fund, told reporters on a conference call Monday.

Sharry and other immigrant advocates say the "prosecutorial discretion" efforts have fallen short because of a lack of leadership from the top -- pointing both to Napolitano and Mr. Obama. They charge the president and his cabinet members have the power to improve the program, but haven't in the face of Republican criticism. While polls show Mr. Obama still has strong support from Latino voters, those advocates say the continued high deportation rates will take their toll.

"How can we believe in a president who says he doesn't have power" to improve deportation efforts said Gaby Pacheco, a project coordinator for Education not Deportation (END), a program that advocates for undocumented youth. "How can we put our eggs in that basket when he does not want to do anything for our community?"

The review of backlogged immigration cases began in November, and as of May 29, 288,361 cases have been reviewed. Just 20,648 cases were identified as amenable to "prosecutorial discretion."

In many cases, undocumented immigrants who were offered a deal from prosecutors rejected it, convinced they would fare better in the court system. Crystal Williams, executive director of the American Immigration Lawyers Association, described the government offers as stingy.

The undocumented immigrants in question are "being allowed to stay in the U.S. in this limbo, but they're being told they can't work," she said. If the program were implemented as intended, she said, those immigrants would qualify for "some quasi status that allows a person to functionally work here... get a drivers license... be a part of the American life."

Sharry said DHS should be able to offer work permits to those deemed eligible, as well as offer relief for all "Dreamers" -- undocumented youth who were brought into the country by their parents, but have otherwise proved to be upstanding members of society. He also said DHS should suspend Secure Communities, a controversial program that uses information from local police forces to enforce federal immigration laws.

Accomplishing any of those objectives, he said, would galvanize Latino voters currently disappointed by the president. "This is a community that's desperate for an administration that's willing to fight for them," he said.

Polls show the president with a strong lead over Mitt Romney over Latino voters -- an NBC News/Wall Street Journal/Telemundo poll from last month found that Mr. Obama led Romney 61 to 27 percent among registered Latino voters nationally. However, just 68 percent of Latino voters expressed high interest in the upcoming election, in comparison to 81 percent of all voters.

Conservatives have seized on the Obama administration's high deportation rates to chip away at his standing among Latinos. The president's supporters, however, say the president's attempts at reform have demonstrated his commitment to improving the immigration system -- and present a clear contrast to Mitt Romney's policy proposals.

"There have been advances there, but I think even if you called the White House right now, they'd say more needs to be done -- the question is who do want working on that issue," said Bill Burton of the pro-Obama super PAC Priorities USA Action. The super PAC has paired up with the SEIU to run Spanish-language ads slamming Romney on the economy.

Eliseo Medina of the SEIU added that Mr. Obama "has been trying to figure out how within the limits of his authority he can change a broken immigration system... It is the Republican party that has been blocking progress on immigration reform."

The Republican-led House on Thursday did, in fact, vote to prohibit funding for the new policy of "prosecutorial discretion" -- although that legislation hasn't passed in the Democratic-led Senate.

The immigration advocates calling for a better version of the program blasted Republicans for objecting to the program, but said their attacks shouldn't influence the administration's policies.

"They need to follow through and do what they said they were going to do," said Williams. "They're going to get the hate no matter what they do, so they might as well do it right."