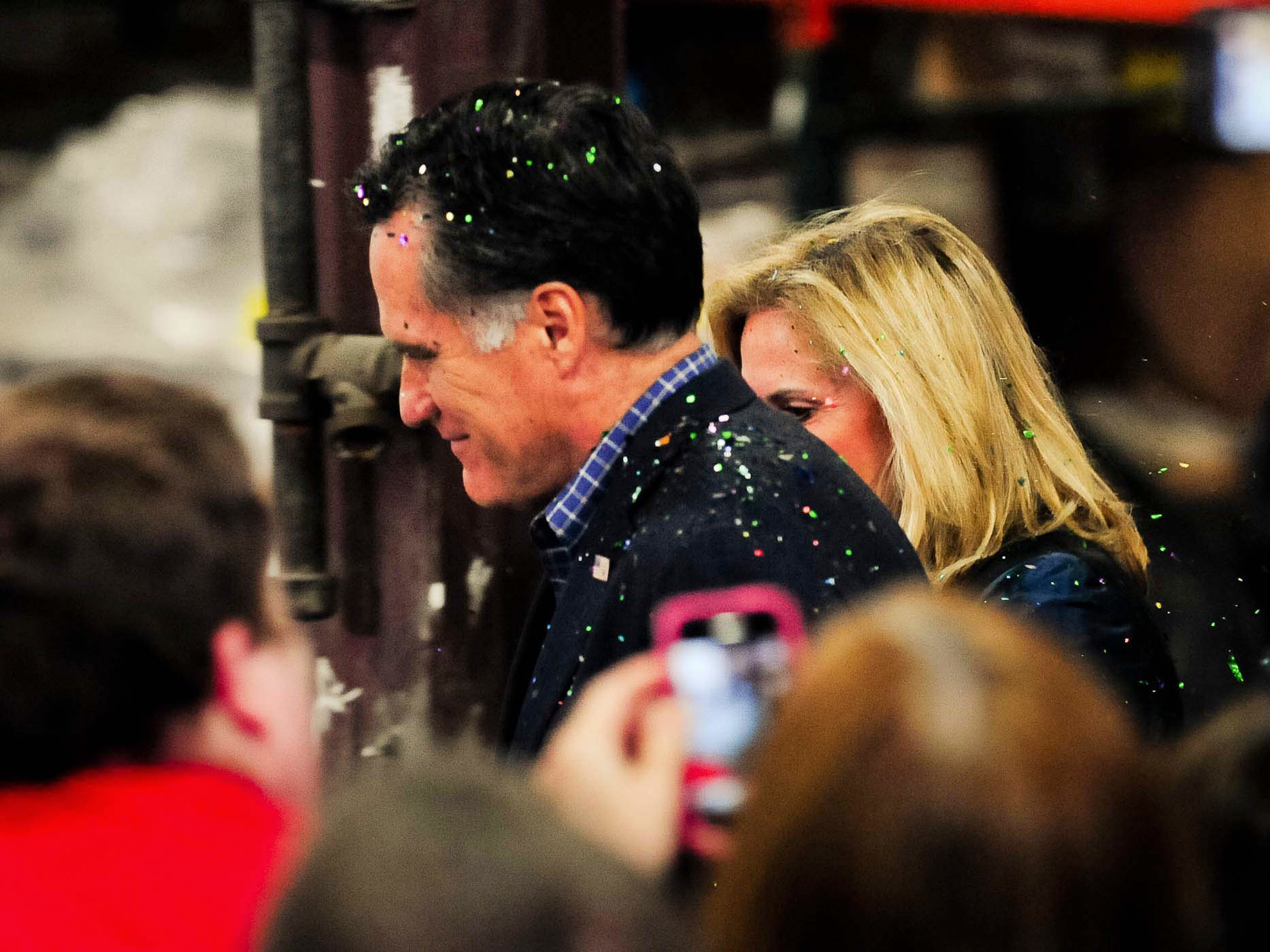 (CBS/AP) DENVER - A 20-year-old college student faces up to a year in prison after police say he tried to throw glitter on Republican presidential hopeful Mitt Romney as the candidate greeted supporters in Denver following Colorado's caucuses on Tuesday.

Denver police said Wednesday that they charged Peter Smith, a student at the University of Colorado-Denver, with causing a disturbance, throwing a missile and unlawful acts.

According to CBS Denver, Smith faces up to a year in jail and a $1,000 fine if convicted in the "glitter bombing," which has been used by some activists to protest a politician's opposition to same-sex marriage.

Security pulled Romney back from the crowd and Smith was immediately whisked away Tuesday night.

According to CBS Denver, Romney didn't appear to get much glitter on his outfit. Smith was held by police for 5 hours in handcuffs.

"I am not sorry that this has caused some publicity and embarrassment for him; no not at all," Smith told CBS Denver. "The people of Colorado are not going to stand by and watch the country be turned over into the hands of Mitt Romney."

Denver police say the action is a threat, no matter what object or substance is thrown.

"You can say what you want to say, but you cannot physically put something on someone or assault them with something. That is not within your rights," Sonny Jackson with Denver police said, according to CBS Denver.

Smith is reportedly due back in court on March 7.