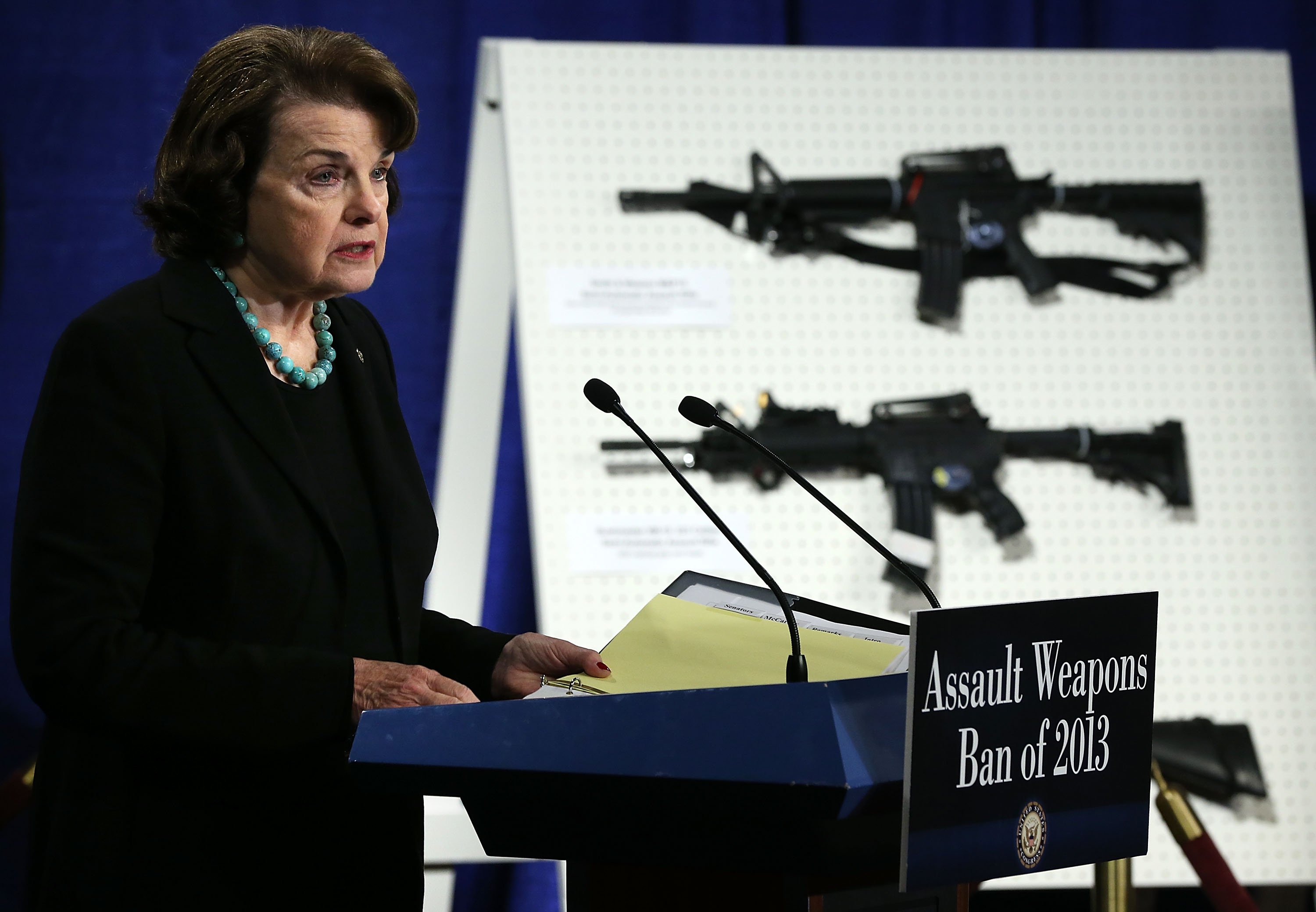 Citing the minimal support for legislation that would ban assault weapons, Senate Majority Leader Harry Reid, D-Nev., said today that he would leave the proposal out of the gun violence bill he'll bring to the Senate floor. Instead, the assault weapons ban will be offered as an amendment to the bill, along with several other less popular ideas.

"I have said time and time again I want people to have the ability to vote on assault weapons, mental health, safety in schools, federal trafficking, clips -- everything," Reid told reporters this afternoon. "But I cannot do that until I get a bill on the floor."

Reid explained that he'll need to find a bill to bring to the Senate floor that has at least 60 votes of support -- enough to bypass a Republican filibuster and start debate. Once debate has started on that bill, the Senate can vote on amendments, such as the assault weapons ban authored by Sen. Dianne Feinstein, D-Calif.

"Right now her amendment, using the most optimistic numbers, has less than 40 votes. That's not 60," he said. It's more likely, Reid added, that he would bring to the floor one of the background check proposals currently in the works.

Before a background check bill could be used as the main legislative vehicle, Democrats and Republicans would have to resolve some sticking points -- specifically, they would have to resolve concerns from members on both sides of the aisle who do not want to create a national gun registry.

Besides the background check legislation, Reid could use other proposals such as an anti-trafficking bill that passed out of Judiciary Committee with bipartisan support.

Feinstein expressed her disappointment with Reid's decision to CBS News today, saying, "You know the enemies on this are very powerful. I've known that all my life, my adult life in the political arena certainly."

When asked, however, whether keeping the assault weapons ban out of the bill could make it easier to pass the rest of the legislation, Feinstein said, it "very well might."

"I'm certainly going to vote for all areas of it. It's not a problem for me," she said. "But then we face the wonderful House of Representatives, too."

There are 53 Democrats in the Senate, as well as two independents who caucus with the Democrats, but some of them are expected to join Republicans in opposing Feinstein's proposal.

"The worst of all worlds would be to bring something to the floor and it dies there," Reid said. "People deserve a vote on things they feel so strongly about."

The Senate leader said he would bring a gun bill to the floor "as soon after Easter as i can."