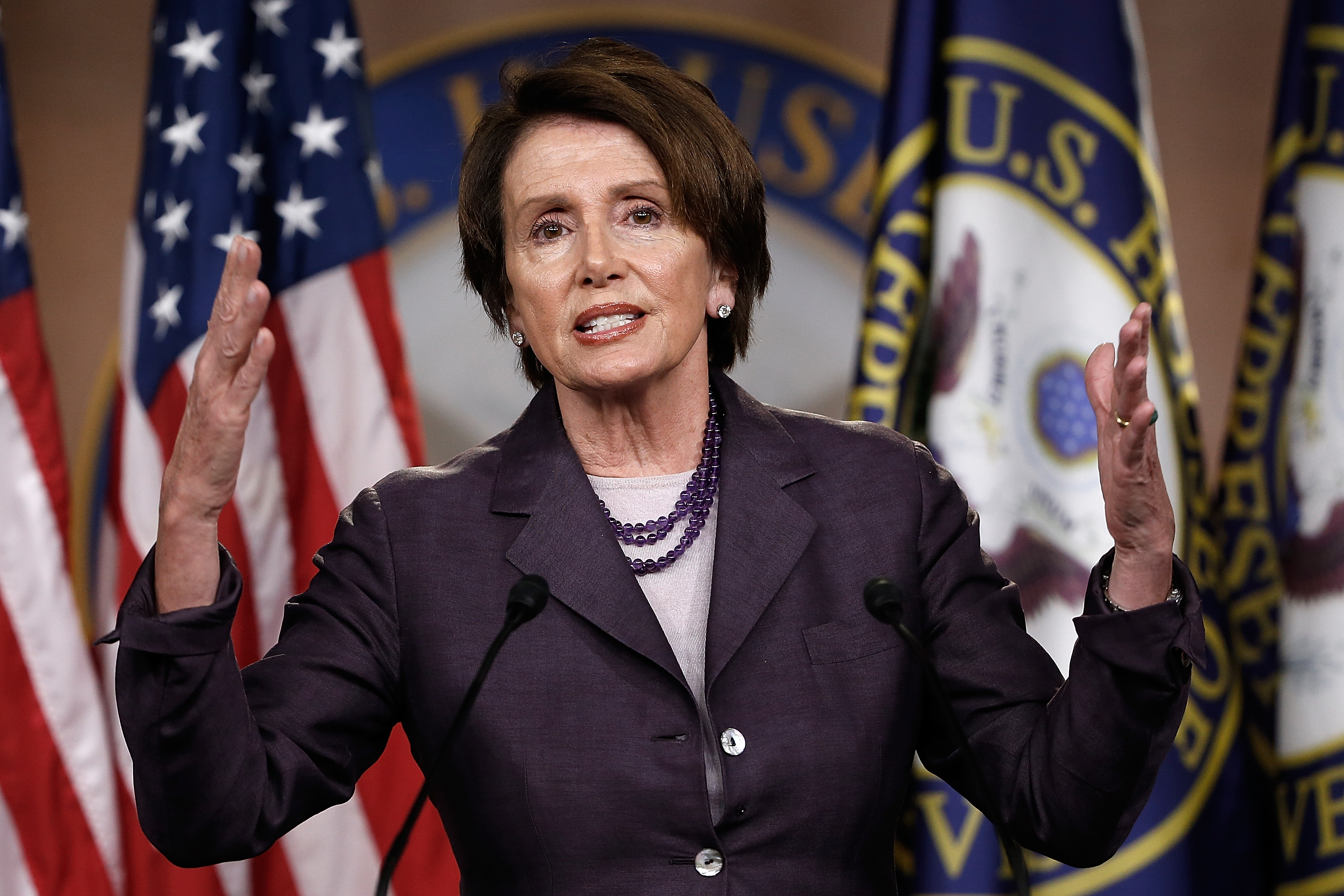 House Democrats are still weighing whether to participate in the recently-formed House select committee to investigate the 2012 attack in Benghazi, House Minority Leader Nancy Pelosi, D-Calif., announced Friday, saying she'd raised several concerns about the new probe with House Speaker John Boehner, R-Ohio, and was still waiting on a response.

"What we've asked for is as much bipartisanship as possible," Pelosi said. "The question is what are the terms under which Democrats could participate."


She said her staff was working with Boehner's staff to discuss the terms of participation. "We'll see what that is," she explained, "and then we'll make a decision as to how we'll proceed."

Democrats have grumbled for several days that the committee, announced last week by Boehner, would amount to little more than a political witch hunt, and they met Friday morning to strategize on the best path forward.

Pelosi said her caucus is split between three possible options in their approach to the investigation. Some Democrats have urged the party to back out of the proceedings entirely, saying it would send a strong message that they wouldn't be roped into what many consider a purely partisan exercise.

Others have warned, though, that refusing to appoint anyone to the committee would deprive them of a seat at the table and make it more difficult to shape the investigation in any way, especially if the panel is given subpoena powers. It would also deprive them of a voice to push back against the narrative Republicans would project during the hearings.

A third idea, Pelosi said, is the appointment of a single Democrat to the committee -- a middle ground that would convey Democrats' protests while still keeping a pair of eyes, ears, and hands on the committee's work.

Democrats' complaints about the political thrust of the committee were energized by a fundraising email from the National Republican Campaign Committee that urged supporters to "become a Benghazi watchdog" by contributing to Republican candidates.

Boehner dodged several questions on Thursday about whether the fundraising solicitation was appropriate, saying only that he'd spoken with Pelosi on Wednesday and "made clear that this is a serious investigation and we wanted to work together to get to the truth."

Democrats also said the select committee would be redundant, given the already-extensive congressional inquiries into the incident, which claimed the lives of four Americans in September 2012, including then-Ambassador to Libya Chris Stevens.

Four House committees have already pursued separate investigations of the incident in Benghazi. On Thursday, before the House voted to formally create the committee, Boehner praised those committees for their "exemplary work" but said he was moving forward with the select committee because the administration was hindering those investigations.

The speaker cited the recent discovery of an email from Ben Rhodes, a national security aide to President Obama, in which Rhodes outlined several goals for television appearances by then-U.N. Ambassador Susan Rice shortly after the attack. Because that email was obtained by a Freedom of Information Act request from a conservative group, not by a congressional subpoena, Boehner accused the administration of stonewalling.

Previous investigations "sought the full truth, and the administration tried to make sure that they wouldn't find it, which means they tried to prevent the American people from finding the truth as well," Boehner said Thursday on the House floor. "In my view these discoveries compelled the House to respond as one institution and establish one select committee."

Democrats also expressed concerns that the committee, with its 7-to-5 split, would be tilted unfairly in favor of the GOP. Boehner rebuffed that charge on Thursday, characterizing the proposed makeup of the committee as "eminently fair."

"This doesn't need to be, shouldn't be and will not be a partisan process," he explained. "Four Americans died at the hands of terrorists in a well coordinated assault, and we will not take any short cuts to the truth, accountability, or justice."