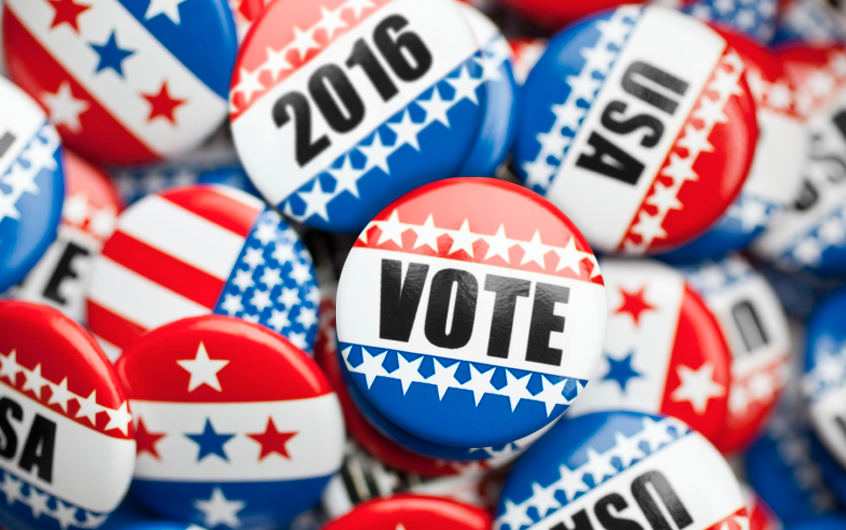 The Democratic National Committee, or DNC, approved rules for its 2016 convention along with a primary schedule that will begin with the Iowa caucuses on Feb. 1, 2016, followed by voting later that month in New Hampshire, Nevada and South Carolina. The 2016 framework is in line with plans pushed by Republicans and gives states incentives to hold their primary contests between March and June, aiming to avoid a front-loaded calendar that encroaches on the Christmas holidays.

Pointing to the 2016 national meeting, the chairman of the DNC, Rep. Debbie Wasserman-Schultz, D-Fla., predicted it will be the convention where "we will nominate the 45th president of the United States of America." The plans were approved unanimously without any discussion.

A year-and-a-half before the start of presidential primary voting, Hillary Rodham Clinton remains the favorite among Democrats if she decides to run for president again while Vice President Joe Biden, Maryland Gov. Martin O'Malley and others could potentially mount a campaign to succeed Obama.

Polls have unanimously shown Clinton far ahead of the competition, regularly exceeding 60 percent as her potential challengers struggle to break into double digits.

The Democrats' plan recommends that the New Hampshire primary be held on Feb. 9, followed by the Nevada caucuses on Feb. 20 and the South Carolina primary on Feb. 27. Other states could hold their contests from March 1 through the second Tuesday in June.

The DNC decision does not set in stone the 2016 primary schedule but discourages states from trying to jump ahead in the calendar. In the past two presidential election cycles, Democrats and Republicans have scheduled the early contests for February but then allowed them to take place in January after states such as Florida and Michigan violated the party's rules and moved up their voting.

Among Democrats, there has been little discussion thus far of states trying to move ahead in the calendar. Like the party did in 2012, the plan awards bonus delegates to states that agree to hold their primary contests later in the spring.

It includes a reduction in the number of base delegates who will attend the 2016 convention. The plans for 3,200 delegates, down from 3,700 in 2012, will give the party more flexibility in choosing a convention site.

Party leaders and elected officials also serve as delegates, so with the allotment of bonus delegates to states, the total number of delegates could be about 5,000, down slightly from the more than 5,500 delegates who attended the Charlotte, North Carolina, convention in 2012.

Democrats are considering five cities for their 2016 convention: Birmingham, Alabama; Columbus, Ohio; New York; Philadelphia and Phoenix. DNC officials will make its final site visit to Phoenix next month and a decision on the winning bid is expected later this year or in early 2015.

Republicans are holding their 2016 convention in Cleveland beginning either June 27 or July 18. The DNC plan calls for states to complete the selection of convention delegates by June 25, 2016, meaning the convention could be staged in July, shortly after the GOP event.

Party officials also approved a resolution on the need to strengthen bonds between the public and police, end racial profiling and demilitarize police in the aftermath of the deadly police shooting and subsequent protests in Ferguson, Mo.

The meeting came as Democrats try to break a Republican stronghold in Georgia, where recent population shifts have given the party hopes of winning statewide races and turning Georgia into a competitive state in presidential elections. Democrats are bullish about Senate candidate Michelle Nunn, who faces Republican David Perdue in a race to succeed retiring Republican Sen. Saxby Chambliss.

The Georgia race is one of Democrats' few opportunities to pick up a Senate seat on a 2014 map that is tilted heavily toward the GOP. A number of Democrats facing tough reelection fights in red states, and Republicans only need a net gain of six seats to seize the Senate majority.

Jason Carter, the grandson of former President Jimmy Carter, is challenging GOP Gov. Nathan Deal in a closely watched gubernatorial race. Carter met with party leaders during the three-day meeting and addressed the College Democrats of America on Saturday, pointing to young voters as a key factor in his campaign.

"As this electorate gets younger, we will win," said Carter.