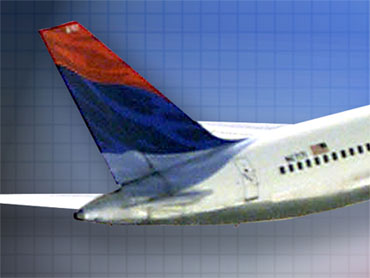 Much of the Midwest is waking up this morning to the first significant snow storm of the season.

As much as 8 inches of snow is expected to fall in some areas by the time this storm system moves out of the region," reports CBS News correspondent Cynthia Bowers.

From the Northern Plains to the Great Lakes, a winter storm system is having its way with the Midwest.

CBS Station WCCO meteorologist Muike Fairbourne said the fast-moving and "intense little system" extends all the way from Bismarck, N.D., through the Twin Cities, all the way down to central Illinois.

Folks in Minneapolis will see 4 to 8 inches of snow.

Metropolitan Airports Commission spokeswoman Melissa Scovronski said the plane had landed and was taxiing to the gate when its right main wheel slid into a grassy area about 7:20 p.m. Friday. No one was hurt.

The plane from Atlanta was carrying 189 passengers.

Scovronski said airport crews laid down sand and dug out the jet's wheel. It taxied to the gate about 8:30 p.m.

Then shortly after 9 p.m., a deicing truck clipped the wing of a Mesaba flight that was on a deicing pad awaiting departure to Knoxville, Tenn. Scovronski said that plane also made its way back to the gate and its 22 passengers deplaned.

In Chicago, where 3-6 inches are expected, snow crews are loading up on salt and getting ready to work around the clock to clear the 9,456 total miles of road - that equals the distance between Chicago and Sydney, Australia, by the way.

"It's looking to be about a 24-hour event. We're looking to go midnight to midnight with flurries extending into Sunday morning," said Dennis Mahoney, operations manager of the Illinois Department of Transportation.

While Midwesterners use their Saturday to dig out, residents of Buffalo, N.Y., are unimpressed. They are digging out for the third straight day after a blizzard dumped more than three feet of snow, and even closed the New York State Thruway for 28 hours.

Andy Grabowski was stranded for 20 hours on the Thruway. "I'm going on like 30 hours without really sleeping," he said. "You know, shutting the car on and off, you know, in order to keep warm and conserve on gas. It's been a little rough."

And, Bowers notes, it's only December 4. Winter doesn't officially begin for another 17 days. In Chicago, we've already had the coldest start to December in 27 years.

There is a cold front right behind this system that is going to keep temperatures 8-12 degrees below their normal temperature for most of next week.