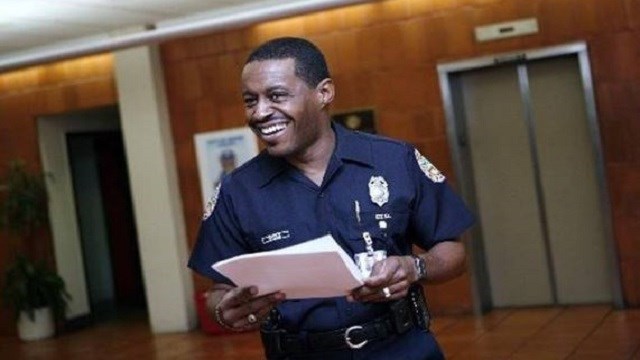 Veteran officer Delrish Moss will be sworn in Monday afternoon.

Moss has said he hopes to diversify the mostly white department as it rebounds from the fallout of months of unrest that followed the fatal 2014 police shooting of Michael Brown. He hopes to make the force more reflective of the community it protects and serves, reports CBS affiliate KMOV.

Moss told the station his primary goal is to build trust, while continuing to strengthen the community policing efforts implemented in Ferguson over the last year.

"I know that when I get there, I am going to face some push back from the community, from members of the department," he said. "Change doesn't come easily, but I think I'm ready for that challenge. I think I've been doing the training for that challenge for the last 32 years."

A judge last month approved Ferguson's settlement with the U.S. Justice Department to amend the municipal code, eliminate bias and reform the courts and police department.

Moss spent 20 of his 32 years in Miami as public information officer. He replaces Tom Jackson, who resigned in March 2015 following a Justice Department report critical of Ferguson's criminal justice system.