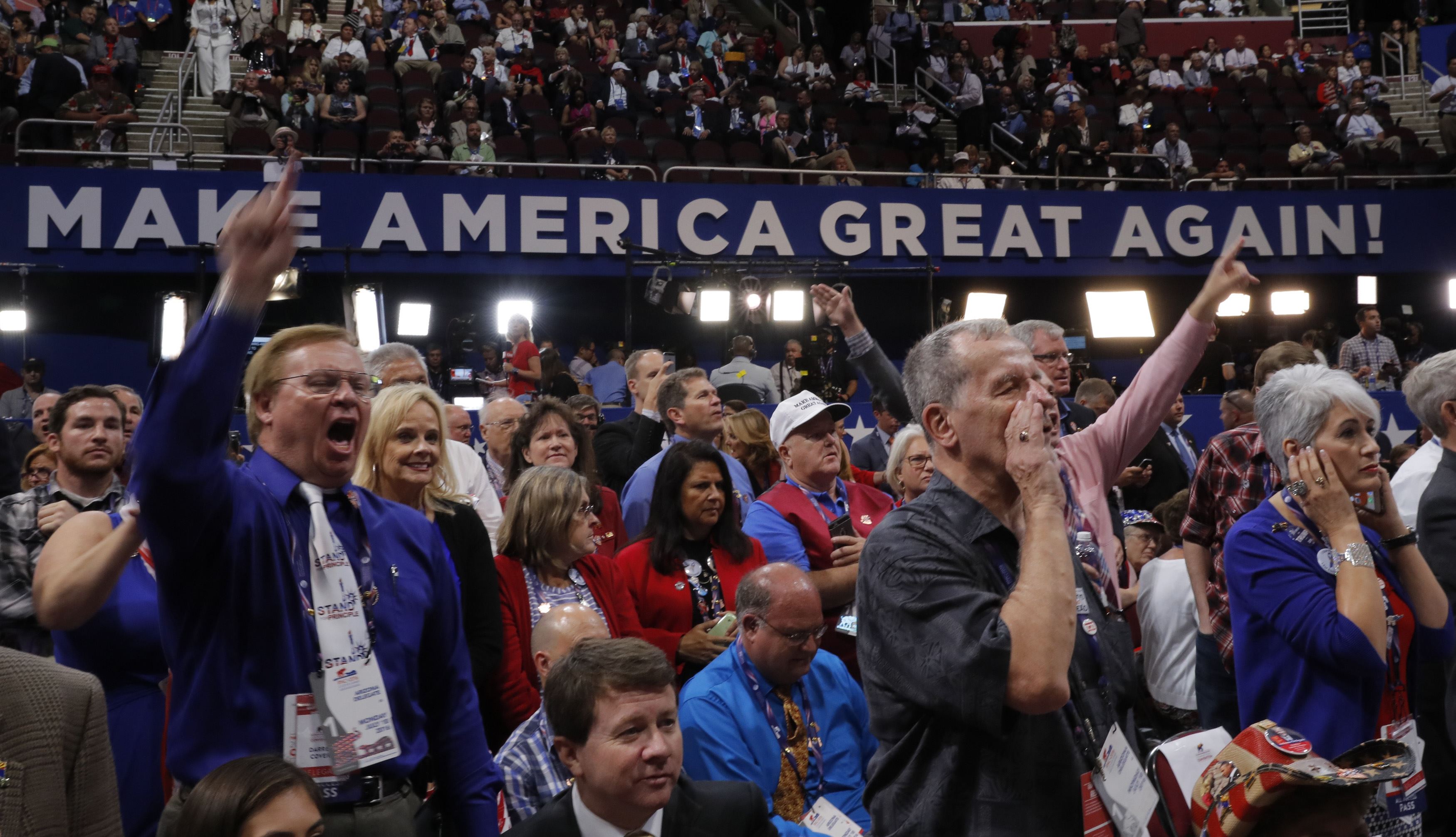 A group of delegates was unsuccessful Monday afternoon in its attempt to force a roll call vote on a package of party rules that the delegates wanted to defeat.

The rules passed by voice vote after their effort failed to reach the threshold needed to force a vote on the rules report. The attempt to force a vote resulted in chaos on the convention floor in Cleveland.

Though the group Delegates Unbound claims it had majority support in 11 states, Rep. Steve Womack, R-Arkansas, the deputy permanent chairman, announced they officially counted nine, and that three states had withdrawn their support for the roll call request. That left the group one state short of the seven needed.

Nine states had submitted signatures to force the vote, which was two more than the amount needed to force a vote. Rep. Steve Womack, R-Arkansas, the deputy permanent chairman, however, said that three states had withdrawn their support for the roll call request, leaving the effort one state short.

This was not a movement necessarily to deny Trump the nomination. It was more of a protest against the way the rules were created in the committee last week and more broadly, frustration with RNC leadership.

One North Dakota delegate, Gary Emineth, serves on Donald Trump's finance committee and considers himself a firm Trump supporter who will vote for the candidate in November. He is also a key strategist working alongside Free the Delegates leader Kendal Unruh, and considers the movement too diverse, with too many factions to be lumped together under a single name.

Emineth explained that a number of Rules Committee members were frustrated with rules that were adopted last week. He described the rules package as overreach by party officials to give more power to the chairman of the Republican National Committee

"I would like to see that the delegates actually elect the chairman of the RNC. You actually dilute the power of the chair," he said.

"We're focused on moving the Republican Party to a position where it is friendlier to the grassroots conservatives that really make up the heart of the party," Cuccinelli told reporters on the day of the Rules Committee meeting. "And that is to do the work of the party day in and day out in local races."

Sen. Mike Lee, R-Utah, spoke on the floor Monday. He is a member of the convention Rules Committee who was allied with Cuccinelli as well as the unbind-the-delegates movement.

But once the rules were adopted and their movement failed, the convention continued with no further delays.