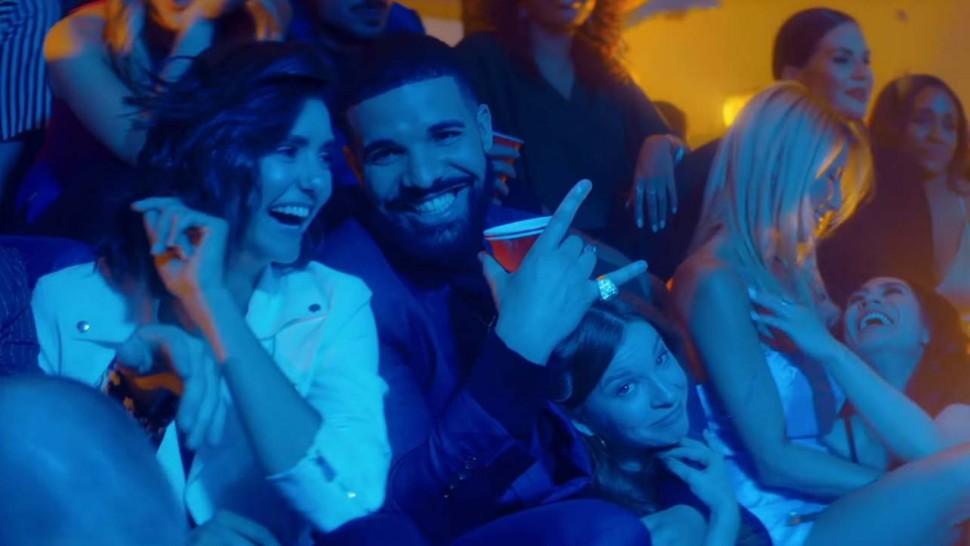 In a past life, before he was a famous rapper, Drake was Jimmy Brooks on "Degrassi: The Next Generation." From 2001 to 2009 Drake, then known as Aubrey Graham, played a high school basketball star who was paralyzed when he was shot in the back by a classmate.

The popular, long-running Canadian TV franchise chronicled the lives of teens at the fictional Degrassi high school and junior high. The show ended in 2015, but like many high school friendships, strong bonds still remain. And there's always a time to catch up at reunions.

And it wasn't just the usual get-together of old friends -- it was also a music video shoot for Drake's new song, "I'm Upset." The star announced the music video drop on Instagram around midnight ET Thursday.

The video is filled with references to "Degrassi," with Drake first buying a suit and getting ready to attend the reunion, then walking into Degrassi high school with Shane Kipple, who played his on-screen best friend, Spinner Mason. Once inside the reunion, we see a cast of characters acting just like their high school selves.

Drake -- who played Jimmy Brooks -- even gets revenge on the boy who shot him, Rick. Jimmy's new adult friends are seen chasing Rick down the school's hallway to get payback for what he did when he was a teen.

Even teachers were invited to the reunion. Stefan Brogen, who played teacher Archie "Snake" Simpson, appears in a scene with actors Jason Mewes and Kevin Smith, who starred in the four-part "Degrassi Goes Hollywood" film special.

Several of the actors also "geeked out" about reuniting with their old cast mates for a Drake music video.

Lauren Collins, who played Paige Michalchuk on the show, posted a photo with Adam Ruggiero, who played Marco Del Rossi. "The moment @adamoaruggiero and I wrapped our first (and safe to say only) rap video at 5am, scarfing Pizza Pizza in my old dressing room. We've been through a helluva lot together. This tops it all," Collins erote.

Like a real high school reunion, fans got a small glimpse into the class of 2007's current lives. In an Instagram photo from the shoot, Nina Dobrev referenced her character, Mia Jones, who was a teen mom in the show. "Remember when Mia had a kid? Mama got a baby sitter tonight," Dobrev wrote.

During the final moments of the video, Drake properly throws it back with side-by-side images of each cast mate's appearance in the show and their appearance in the music video. He added an extra dose of nostalgia by playing the old Degrassi theme song over the credits.

Drake blended his rapping with his acting, and the video attracted fans of both his music and the teen drama. The nostalgic "I'm Upset" and "Degrassi" crossover made for an epic "throwback Thursday," and received more than 2 million views on YouTube within the first day.