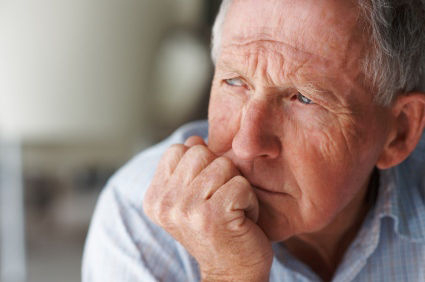 My wife almost lost her leg a few weeks ago. Then she almost lost her life. The symptoms didn't seem life-threatening at the time, so we almost made a fatal mistake by delaying seeking medical treatment. Since then, we've learned about the dangers of another "silent killer" you might not be familiar with: Deep vein thrombosis (DVT).

My wife developed severe leg cramps while she was out walking one day, but they went away after she rested. So she just thought she'd overdone the exercise, and she cut back on her walking. A few days later, her foot became numb, tingly, pale and very cold. We were concerned, so we called her doctor to make an appointment. The doctor wasn't in that day, and as we discussed whether or not to wait until her doctor returned, on a hunch we decided to call a family friend who is also a doctor.

"Go to emergency right away!" was our friend's response upon hearing the symptoms. "You might have a blood clot, and you can lose your leg!" She then directed us to our local trauma center; if my wife indeed had a clot, they'd be best equipped to deal with it.

Sure enough, she had a few blood clots in her leg that were cutting off her blood circulation -- hence the numb, tingly, pale, cold foot. An interventional radiologist inserted a catheter in one of her arteries to spray the clot with anticoagulants, or blood thinners. The clots began clearing up, and we thought we were out of the woods, when she developed internal bleeding from the anticoagulants.

As a result, her blood pressure and heart rate dropped precipitously, so the medical staff switched from saving her leg to saving her life. They stopped the anticoagulants, her blood started clotting again, and they performed emergency surgery to remove the cyst that was causing the blood clots and clean up the existing clots in her arteries.

Once things settled down, we learned about the dangers of DVT, or deep vein thrombosis. This condition results from blood clots in the veins due to blood pooling in the legs from prolonged inactivity. According to one report, it strikes 2 million people per year and kills about 200,000. A well-publicized example involved news correspondent David Bloom, who died in 2003 as a result of blood clots forming while he was confined in a tank covering the war in Iraq.

DVT can develop if you're sitting still for a long time -- such as when traveling in a car or plane -- or if you have certain medical conditions that affect how your blood clots, the Mayo Clinic notes. Air travelers' blood clots have been nicknamed "economy class syndrome," but 2012 guidelines released by the American College of Chest Physicians emphasized the overall risk remained low for healthy travelers -- about two cases per every 1,000 long-haul travelers.

Other symptoms of DVT include swelling and warmness of the skin (the opposite of my wife's cold feet). Left untreated, blood clots can travel to the lungs or pulmonary arteries, the latter causing a pulmonary embolism. Either condition can be fatal.

Lesson learned: Don't sit absolutely still for hours. If you're flying long distances or have been on bed rest, get up whenever possible to stretch your legs and let the blood flow. In particular, don't ignore recurring leg cramps and numb, tingly, pale, cold feet, or warm, swollen feet.

The Mayo Clinic adds that obesity, smoking and high blood pressure all raise risk for DVT, and lifestyle changes could help stave off the potentially deadly condition.

Another lesson: I continuously stayed with my wife in the hospital for two days and nights, serving as her cheerleader and advocate. We're convinced it made a critical difference during the darkest moments of her crisis. We're very glad we weren't too shy to ask the nurses if I could stay; fortunately, they recognized the help that a loving family member can provide.

While you're at it, read here to learn more about the symptoms of the well-known "silent killers" -- heart attacks, strokes and cardiac arrest.

Although my wife's complete recovery will take weeks, we're very grateful that she escaped relatively unscathed. This is yet another story about the preciousness of life. If reading her story helps just one reader, this post will be a success.

How do I get reimbursed for rapid COVID tests?
Steve Vernon