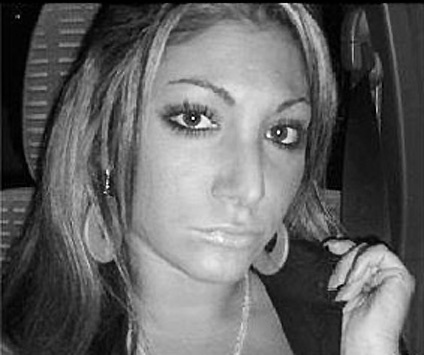 NEW YORK (CBS) Watch out Seaside Heights, a new "guidette" is in town.

When MTV's "Jersey Shore" was spotted filming its third season earlier this week, a new addition to the cast was revealed.

Cortese, an ex-cheerleader at Brookdale Community College in Lincroft, New Jersey, has reportedly been good friends with Polizzi, who helped her get cast, according to RadarOnline.

"They've known each other for a couple of years," Cortese's mom, Joann Cortese, told the celebrity gossip website.

"I think she's going to be good party friends with these guys!" she adds.

Sources close to MTV told TMZ that Cortese will be appearing in a number of episodes during the third season as a replacement for Angelina Pivarnick, but isn't considered a "permanent" cast member just yet.

The second season of "Jersey Shore," which was shot in Miami, premieres on Thursday.