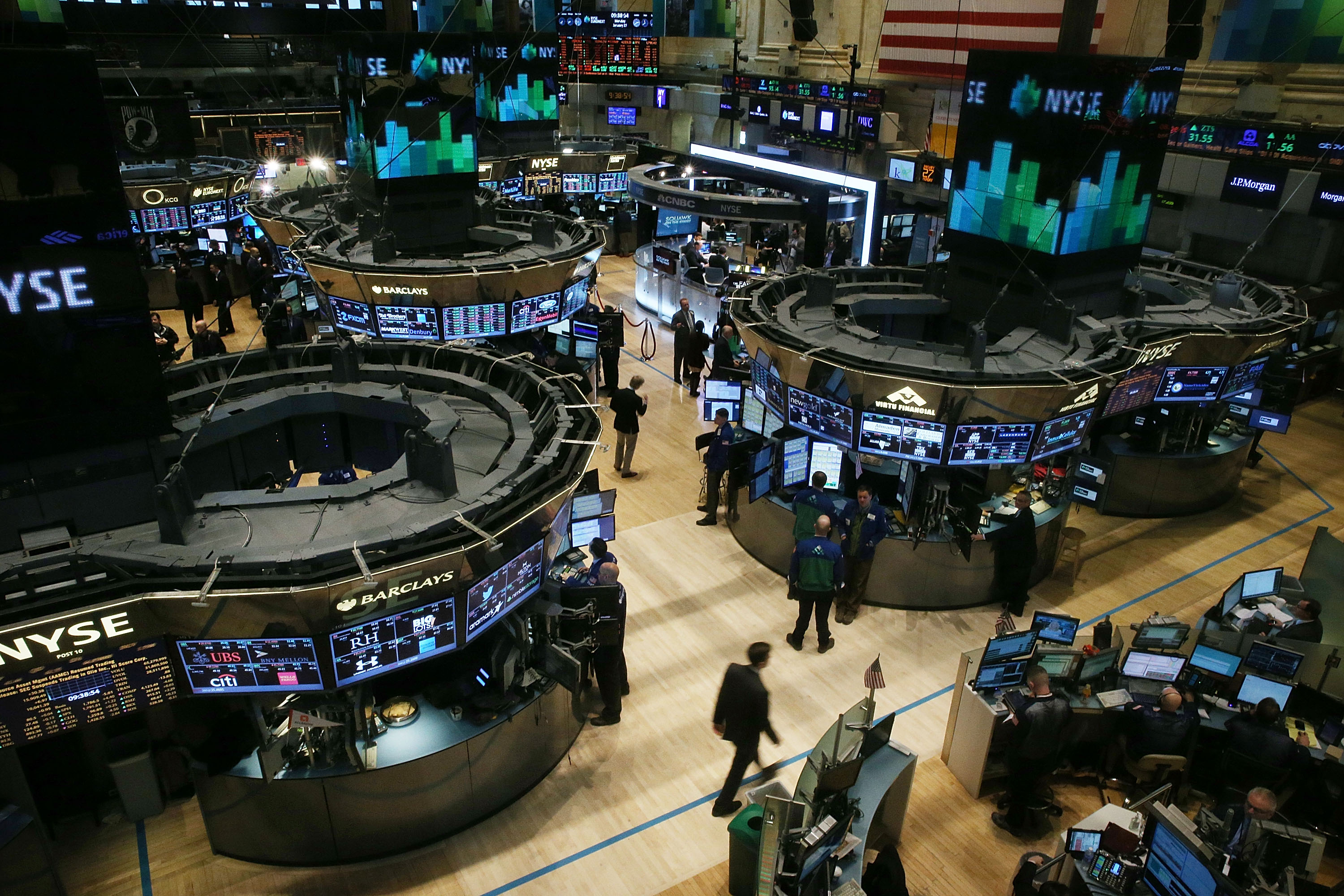 Small-company stocks fell more than the rest of the market, a signal that investors were dumping assets seen as risky. The Russell 2000 index gave up 14 points, or 1.3 percent, to 1,129. Also, "defensive" stocks like power and phone companies rose. Investors buy those stocks when they want to play it safe and collect a rich dividend.

Investors were encouraged by a recovery in Turkey's battered currency. The lira hit a record low of 2.39 per dollar early Monday before recovering to 2.29 per dollar after the country's central bank said it would hold an emergency policy meeting on Tuesday.

Other emerging market currencies continued to weaken against the dollar. The South African rand fell another 0.5 percent to 11.15 per dollar, and Russia's ruble fell 0.7 percent to 34.74 per dollar. A sharp drop in emerging market currencies last week set off a global stock market decline as investors worried about a slowdown in China, which is a major importer of commodities from other developing countries.

Sales of new homes in the U.S. slipped in December for a second consecutive month, but sales for all of 2013 were still the highest in five years. D.R. Horton and PulteGroup both fell, reversing gains before the report came out. But NVR Inc. bucked the industry. It surged $56.62, or nearly 6 percent, to $1064.98 after easily beating analysts' projections for earnings.

Caterpillar was the biggest gainer in the Dow, rising $4.65, or 5 percent, to $90.83 after the earth-moving equipment maker reported fourth-quarter net income that easily beat analyst estimates. Several companies will report results after the market closes, including Apple, Zions Bancorp and Seagate Technology.