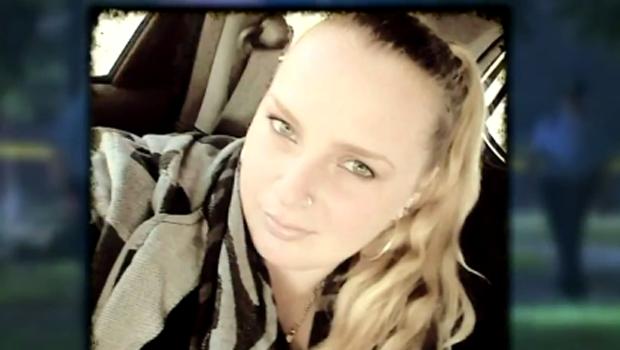 PHILADELPHIA –The woman brutally killed over the weekend in park behind Dobbins High School in North Philadelphia has been identified Monday as 33-year-old Debra Gulliver, CBS Philadelphia reports.

"She was with friends about an hour before hand in the area of Kensington and Somerset. She took the bus to that location and got off the bus and was on her way home," said Captain James Clark, with the Philadelphia Police Homicide Unit.

Police said Gulliver took a shortcut home, through the park behind the high school and never made it out.

Her body was found around 3 a.m. Authorities were able to locate surveillance video that shows her entering the park alone 30 minutes before the attack.

"No one was following her, whoever did this we believe was already in the park," Capt. Clark said.

Authorities say the attacker bludgeoned Gulliver in the face, pulled her pants to her ankles, stabbed her repeatedly from her thighs to her chest until the blade of the knife broke off inside her.

They still can't say if there was a sexual assault and still have no description of a suspect.

"We are asking for the public's help. If anyone has any information about this brutal murder to contact our unit," said Clark.

Police have interviewed a friend who was with Gulliver on the bus. They have also interviewed the passerby who found Gulliver's body.

Longtime friend Amanda Quinn says that Debbie was happy and loving, with a soft spot for rescuing animals.

"She had been talking about moving to Florida and getting away from all of this she never had the chance," said Quinn.

Amanda says she is unsure if the suspect knew Debbie or not and doesn't know why her friend became the target of such a vicious crime.

Authorities are also warning people to be vigilant, because at this time it's unclear if this attack is random, or if Gulliver was targeted.

"Be very careful. If you can walk in pairs, don't walk through dark and desolate areas. And we will do our best to get this individual or individuals involved off the streets," said Clark.