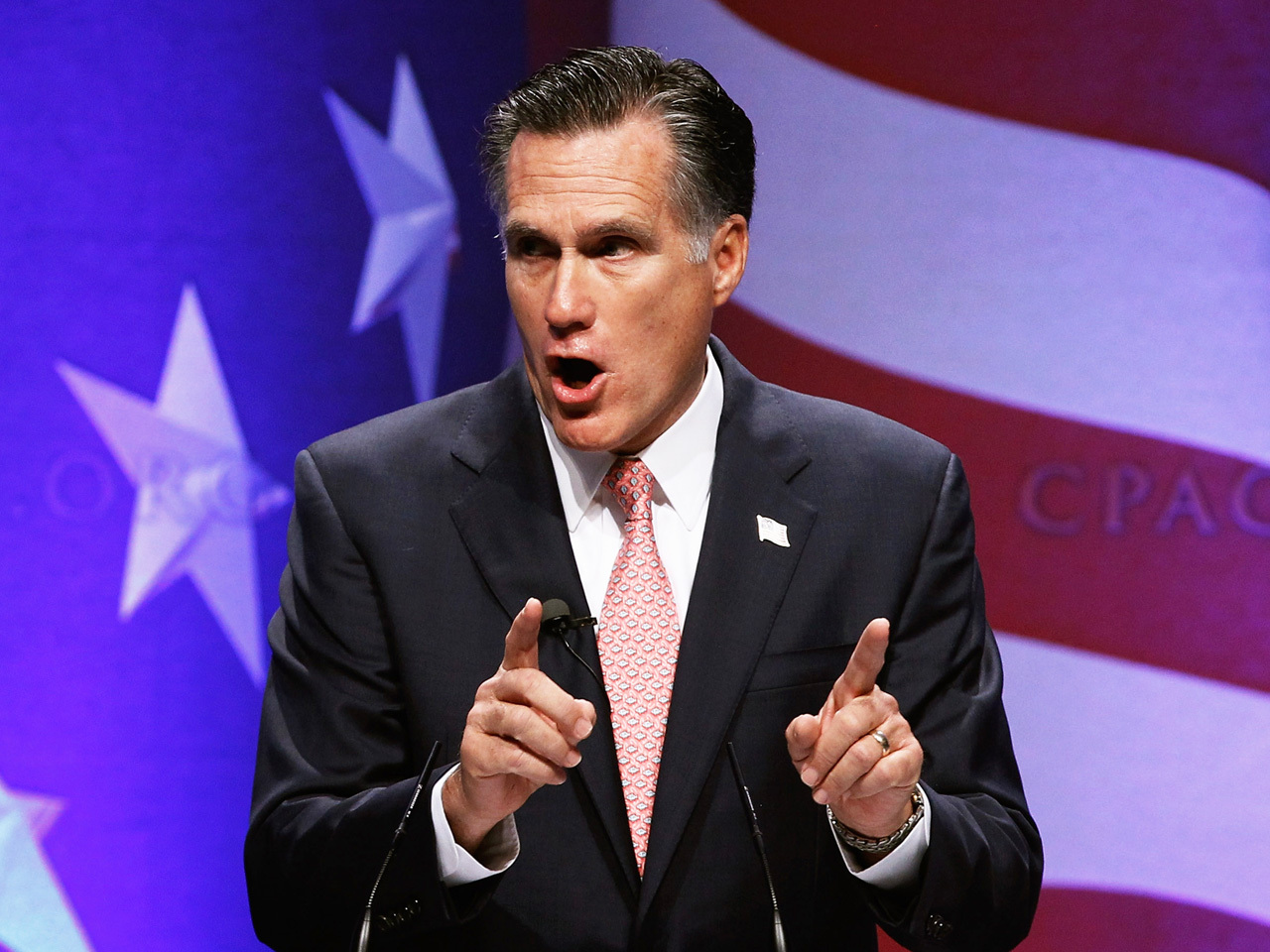 MANCHESTER, N.H. -- Newt Gingrich likes American Idol." Tim Pawlenty is a Coke fan. And Mitt Romney, demeanor notwithstanding, likes it spicy. These tiny gleanings emerged at the first major Republican debate, when moderator John King asked whimsical this-or-that questions before the commercial breaks. The two-hour forum raised a few of those types of questions itself: Current field or Rick Perry? Obamneycare or Minnesota mumbles? Michele Bachmann or Sarah Who? Is it me or is it hot in here?

Scorecard analysis or thoughtful collection of paragraphs? Romney won the debate in that he didn't lose. There was nothing spicy about Romney (despite his answer), but he didn't hurt himself by seeming on all sides of the issue. Indeed, his explanation of the health care law he signed as governor of Massachusetts was one of his best yet. Not likely to satisfy theNational Review but likely to satisfy voters who want to get back to talking about the economy. When Romney's opponents were given a chance to wallop him on his flip-flops on abortion, no one took up the chance. "Case closed?" asked John King "Case closed," said Herman Cain.

Reagan's 11th commandment was in effect: These Republicans did not speak ill of each other. Romney didn't take the opportunity to criticize any of his opponents. either. He was in general-election mode, criticizing President Obama and saying he looked forward to debating him. Romney even showed perhaps his most human moment on stage after he announced the Boston Bruins were up 4-0. He laughed to himself at his little bit of subversive mischief. (How did he know? An adviser said before the debate that they'd be watching the debate and the Bruins game on competing televisions.)

The entire gang competed to offer their vision of a country where Medicare, Social Security, and government regulations were pared back to unleash the private sector and trim the budget.

Twenty-three foster children or national bus tour? If you didn't watch the debate, Michele Bachmann will be by later to tell you she has taken in 23 foster children. She mentioned it three times during the debate. It makes two points: She's generous, and she puts her money where her mouth is. Candidates strive to introduce themselves in these debates, and Bachmann did the best job. She conveyed both a sense of personal conviction while also speaking to the issues Republican voters care about, such as repealing the health care law. She was also smart enough to announce her formal candidacy in her first answer, ensuring that she would be at the top of every story covering the event.

Her one-liners about making Obama a one-term president and the repeal of health care will get repeated in Republican circles. She will benefit not necessarily because people think she will be president, but because they want her out there advocating for the ideas they support about limited government. "I fought behind closed doors," she said of her opposition to the unpopular TARP. "Sometimes that's what you have to do, you have to take principle over party." She presented herself tonight as a more capable and plausible spokeswoman for Tea Party activists than Herman Cain or Sarah Palin. Bachmann's only devastating moment came when she was asked her this-or-that question--Johnny Cash or Elvis--and she said both. All right-thinking Americans know, of course, that the answer is Johnny Cash.

Is this gimmick getting old or should I press on? Pawlenty did not have a great night. In addition to introducing themselves to a wider audience, candidates need to impress the people they're going to be calling asking for campaign donations. That's the audience he has to worry about and they matter for the next 16 days--the amount of time left before the reporting period ends for this quarter. Romney will do very well. The other candidates, like Pawlenty, need show that they did, too.

Boasting about a big fundraising number sends a signal that you are a viable candidate. And debates matter, because a common fundraising tactic is to call donors afterward and brag about your candidate's great performance or send around a clip of a pundit praising a big moment. It's ephemeral and sometimes silly, but it gets checks.

One of Pawlenty's problems, say strategists in Iowa and New Hampshire, is that he's not a forceful presence--"not tall timber," as one GOP veteran in New Hampshire put it. Pawlenty had a chance to show he was tough and capable of beating the GOP field, but he missed it.

Before the debate, Pawlenty criticized the health care plan Romney signed as governor of Massachusetts as "Obamneycare." He then scheduled a last-minute health care event in Manchester on the day of the debate to highlight the issue. Asked about this characterization at the debate, Pawlenty wouldn't continue the critique. He had to be forced into it by moderator King. "If you can't criticize Romney with your own words, how can you go toe-to-toe with Obama?" asked a Republican strategist. "And how can you not prepare for that answer?"

Later, Pawlenty gave strong answers on a question about labor unions and an answer about the role of religion in public life that he could put in a YouTube clip and send to his evangelical voters. But they buzz coming out of the debate was about how he flinched. Buzz is fortunately meaningless in a lot of cases, but not to the people who write campaign checks.

Pawlenty can recover with voters because they're in a shopping mood. In a recent Gallup poll, for example, where Romney was the front-runner with 24 percent of the vote, only three in 10 of those people said they are certain to stick with him. Pawlenty has time, but he'll need money to keep going and to compete. His pitch on the phone for the next two weeks is going to be harder after the debate performance.

Newt Gingrich was a pleasant presence on stage. Not his looks, mind you. Someone should tell him to stop scowling--at every cut-away shot, he looked like he was trying to melt an ice sculpture. What was refreshing was Gingrich's "cut the nonsense" aspect. While the other candidates were promising to repeal Obama's health care law, Gingrich pointed out that such promises were meaningless without majorities in Congress. He railed against politicians and the media for presenting political debates only in terms of "two catastrophic alternatives."

When asked about his controversial comments about the Paul Ryan's plan for Medicare, Gingrich was honest, though he probably didn't help himself. "If you're dealing with something as big as Medicare and you can't have a conversation with the country where the country thinks what you're doing is the right thing, you better slow down. Remember, we all got mad at Obama because he ran over us when we said don't do it. Well, the Republicans ought to follow the same ground rule. If you can't convince the American people it's a good idea, maybe it's not a good idea." This is called common sense. It's also what someone who has thought about how a president actually governs might have to go about things. And, not incidentally, it leads to the conclusion that the approach being followed by House Republicans is the wrong one.

Like all early debates this was not a night for soaring visions of America. There were the usual bromides, of course, but the candidates mostly focused on the nightmare of the Obama presidency. After two hours it was a little repetitive and dreary. If the next moderator asks sunshine or rain, candidates who aspire to follow in Ronald Reagan's optimistic footsteps have to find a way to do more than bemoan the clouds.

Why do Democrats moralize about Weiner but not Bill Clinton?
Why a Sarah Palin presidential campaign is hopeless
Afghanistan war: Should Obama change the U.S. strategy?