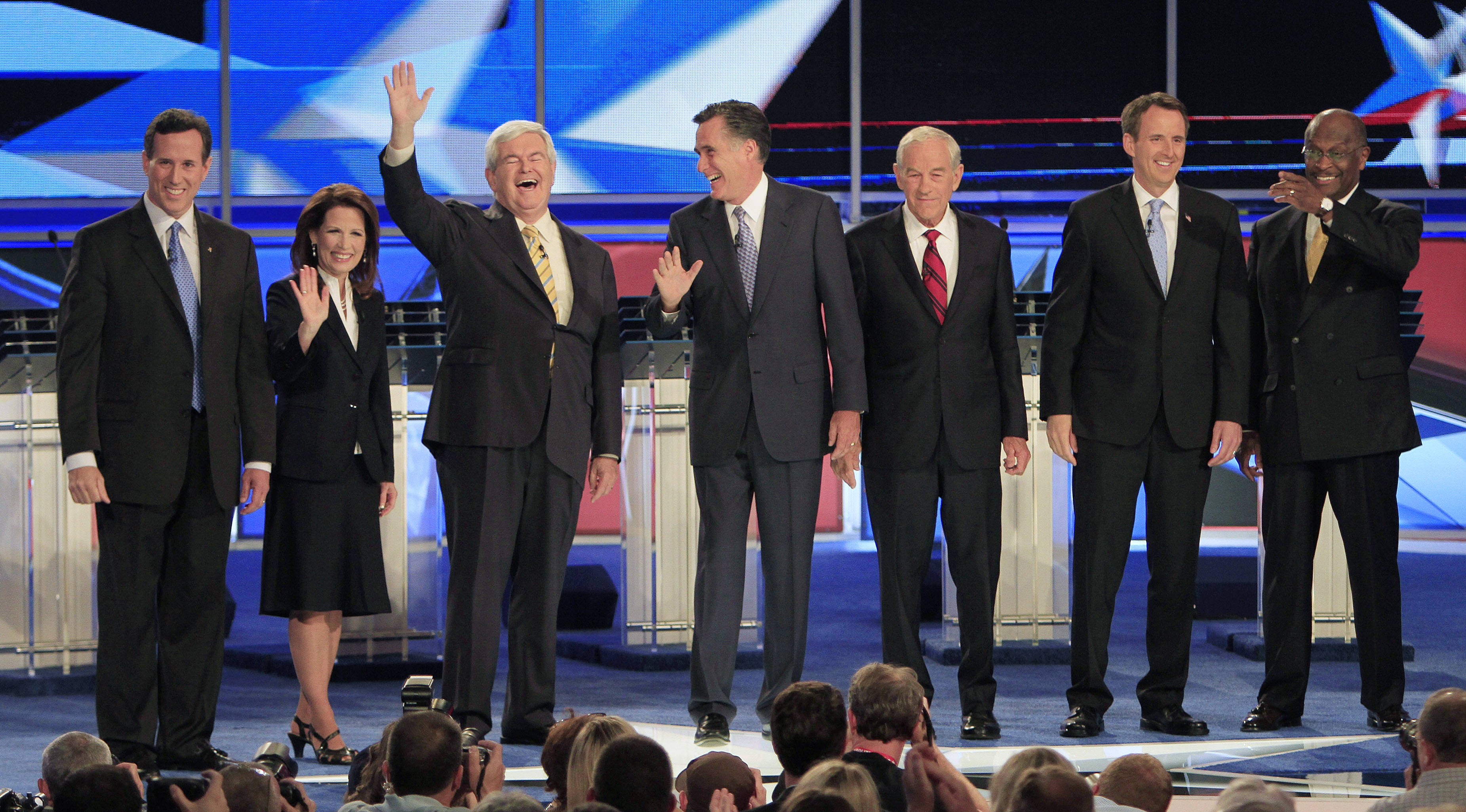 MANCHESTER, N.H.--After two hours of talk and lots of interruptions from a moderator, here are the five things you need to know from tonight's GOP debate:

1. Bottom line: This debate was about Barack Obama: There was a lot of speculation going in that the candidates would start slugging it out with one another to break out of the pack. Not tonight. It was Republicans United vs. Obama. Here's a sample of what they said about the President: "He's failed at a time when the American people counted on him to create jobs and get the economy growing." (Mitt Romney) "The Obama administration is an anti-jobs, anti-business, anti-American energy destructive force." (Newt Gingrich) "Just make no mistake about it. I want to announce tonight. President Obama is a one-term president." (Michele Bachmann)

3. Tim Pawlenty blinked: Over the weekend, Pawlenty took a shot at Romney on an issue where he is most vulnerable: health care. Romney supported health care reform when he was Massachusetts governor, and critics say his plan is similar to the President's health care overhaul. Pawlenty went one further. He even made up a new word, "Obamney care," to suggest Romney's plan was the model for Obama's plan. But when when pressed by moderator John King to explain what he meant by "Obamneycare," Pawlenty ran away from it.

4. America, Meet Michele Bachmann: She avoided questions (and tricky federal filing deadlines) about why she was debating if she wasn't running by preempting them. She announced tonight she was officially in the race. And with her performance, she proved she's going to be a serious contender. (Tim Pawlenty, watch out.) She accomplished all her objectives tonight. She staunchly defended the Tea Party and unequivocally defended her views on social issues ("I stand for life), but then reached out to a broad swath of the party by emphasizing her economic bonafides and experience in Congress. She needed to show she was in the race to stay, and she did that by showing she has a record of fighting Obama (she would repeal "Obamacare") and would take on Washington and her own party if necessary. (She took "principle over party" when she voted against President Bush's financial bailout.)

5. The other candidates did what they could: Herman Cain lost some luster; Ron Paul stayed Ron Paul; Newt Gingrich redeemed himself (somewhat); and Rick Santorum occasionally disappeared. After a breakout performance in the first debate in South Carolina, Cain suffered tonight with others on the stage. Paul's supporters will be happy with his performance, but he may not have many new ones. Gingrich stayed on what he does best--big ideas and thinking big, whether it was about space exploration or picking up Republican seats in the House and Senate. And Santorum sometimes seemed like an afterthought.