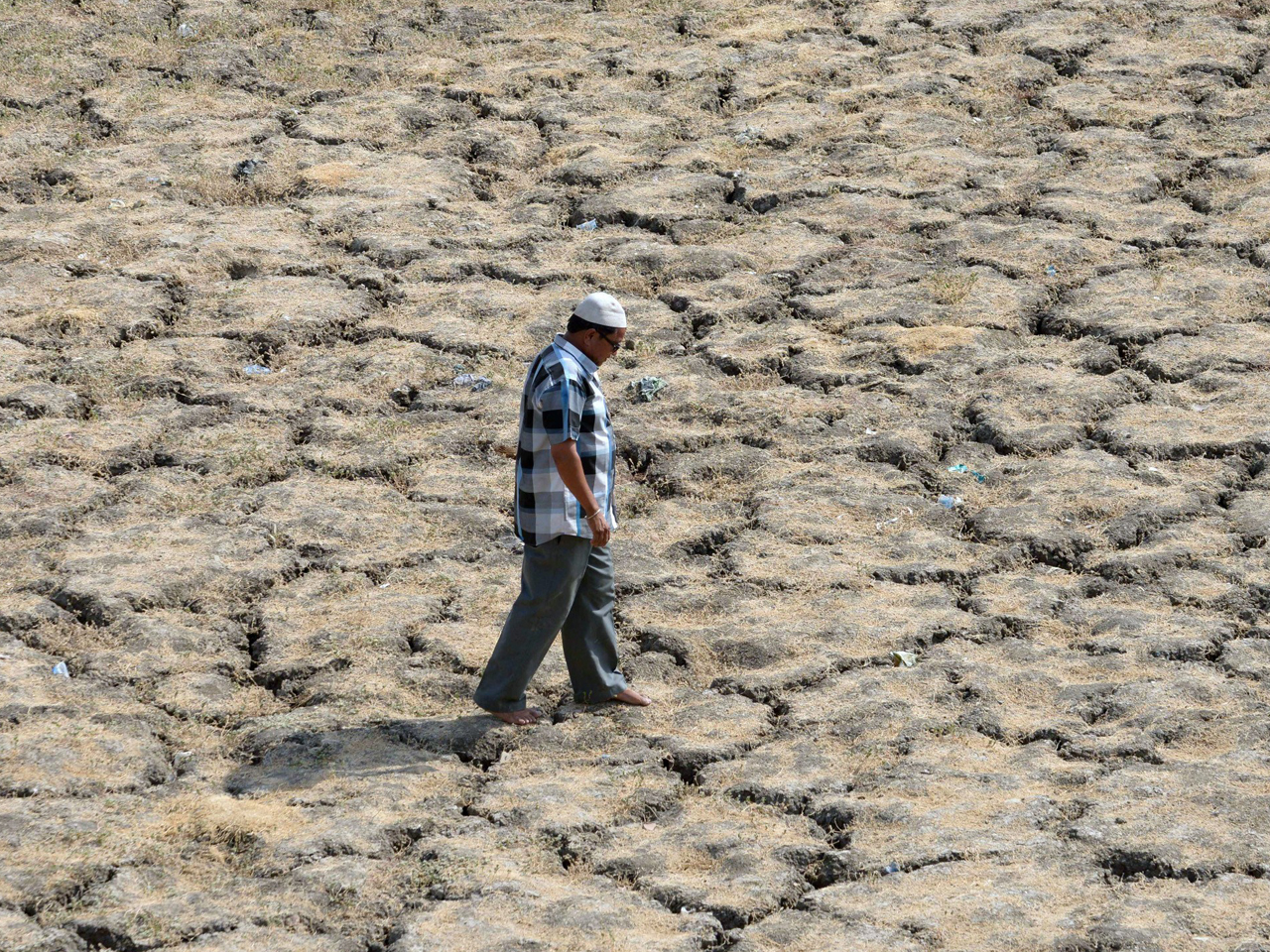 HYDERABAD, India -- Dizzying temperatures killed hundreds more Indians over the past day, causing water shortages in thousands of villages and driving the death toll from a weeks-long heat wave to at least 1,826 by Friday.

Meteorological officials called the heat wave "severe" and warned that it would continue for at least two days across a huge swathe of the South Asian country from Tamil Nadu in the south to the Himalayan foothill state of Himachal Pradesh.

Most of those killed by heat-related conditions including dehydration and heat stroke have been in the southern states of Andhra Pradesh and Telangana, where 100 people died just on Thursday as temperatures hovered around 109 degrees.

People across India were also reporting scorched crops and dying wildlife, with some animals succumbing to thirst.

Indians were doing whatever they could to beat the heat, from staying in the shade or plunging into rivers to drinking buttermilk, onion juice and plenty of water.

But many farmers and construction workers struggling with poverty were still working outdoors despite the risks. They, along with the impoverished elderly, were among the most vulnerable, without access to air conditioners or sometimes even shade-giving trees.

Cooling monsoon rains were expected next week in the south before gradually advancing north.

However, forecasting service AccuWeather warned of prolonged drought conditions, with the monsoon likely to be disrupted by a more active typhoon season over the Pacific.

"While there will be some rainfall on the region, the pattern could evolve into significant drought and negatively impact agriculture from central India to much of Pakistan," senior meteorologist Jason Nicholls at AccuWeather said in a statement.