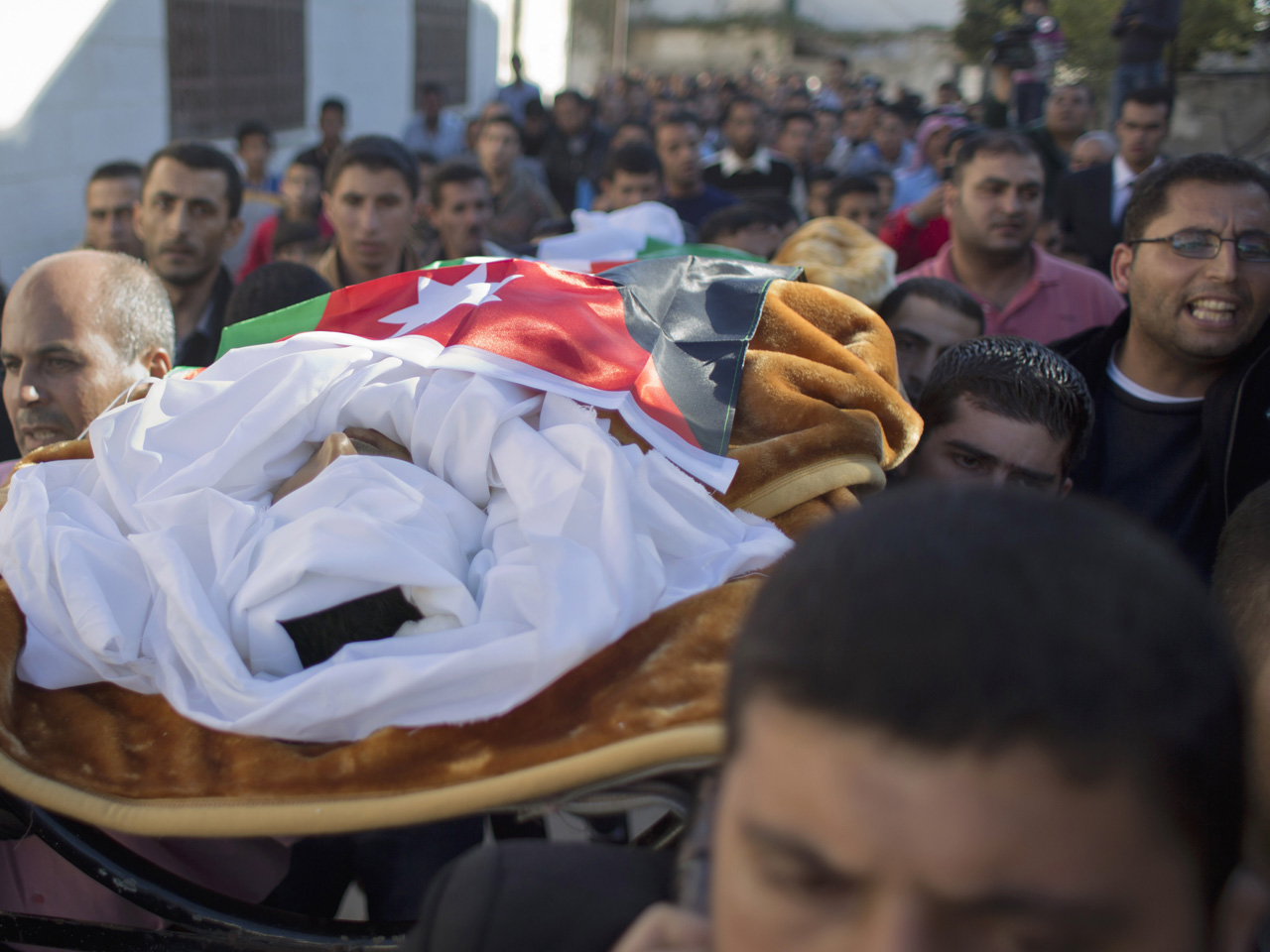 RIMON, Jordan -- Thousands of mourners chanted "Death to America, Death to Israel" during the funeral Thursday of a Jordanian police captain who killed five people, including two American instructors, in a shooting rampage at a police training center this week.

It remains unclear if the shooter had political or personal motives. Anwar Abu Zaid's family has argued that he was both a victim and a martyr for killing the Americans.

His brother Fadi led about 3,000 marchers in the funeral procession. Fadi accused the government of trying cover up Monday's events at the training center, and demanded that security camera footage be released.

U.S. forces in Afghanistan have come under attack on a number of occasions by local police and troops serving alongside them, in what are known as "green-on-blue" assaults. Such attacks have been extremely rare in the Middle East.

Jordan is a close U.S. ally who has a peace treaty with Israel. Over the past year, the pro-Western kingdom has taken on a high-profile role in the fight against extremists, including the Islamic State of Iraq and Syria, which controls large areas of neighboring Iraq and Syria.

Jordan's government has said little about the shooting, and the incident has raised questions about the kingdom's image as an island of relative stability in a turbulent region.