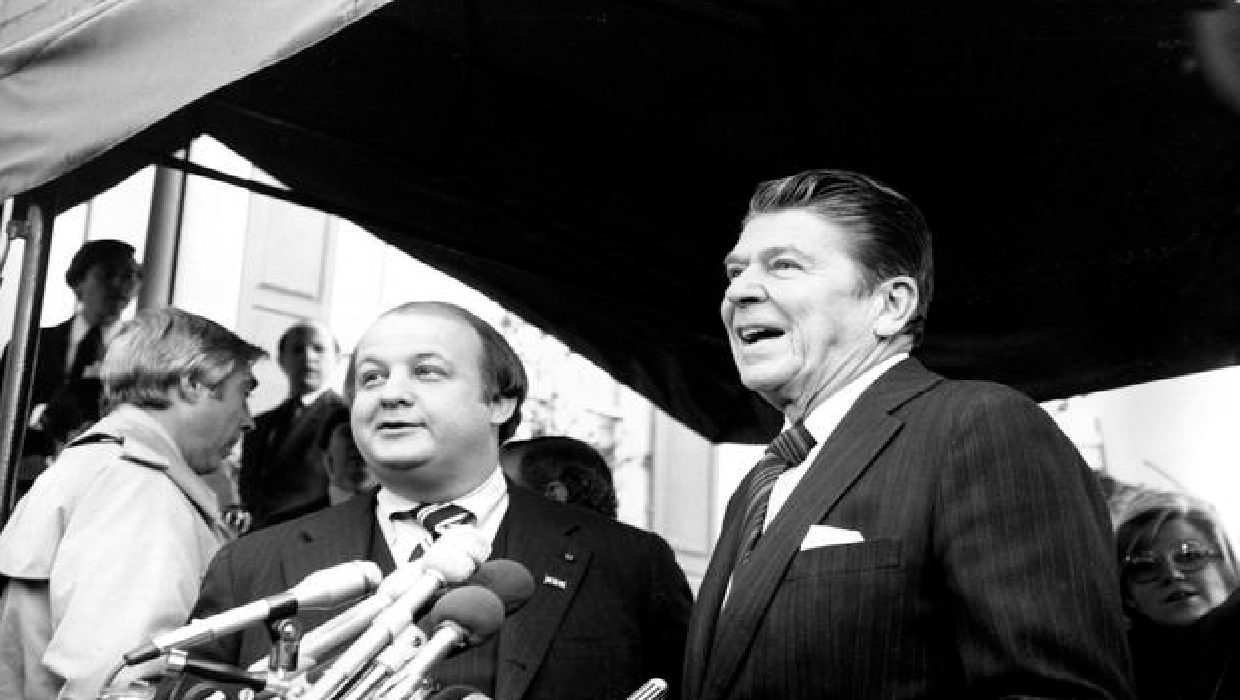 WASHINGTON - Police in Wash., D.C. are investigating the recent death of James Brady, the former White House press secretary who survived a head wound in the 1981 assassination attempt on President Ronald Reagan, as a homicide.

Brady died Monday at a retirement community in Alexandria, Va. He was 73.

Officials say a medical examiner's office in Virginia ruled the death a homicide and the D.C. Metro Police have opened a murder investigation. This could conceivably lead to murder charges against John Hinckley in the 1981 shooting. Hinckley was found not guilty by reason of insanity on multiple charges.

Brady suffered a bullet wound to his head outside the Washington Hilton Hotel on March 30, 1981 in an attempt to assassinate Reagan made by John Hinkley Jr. Reagan nearly died from a chest wound. Three others, including Brady, were struck by bullets from Hinckley's handgun.

Following the shooting, Brady lived through hours of delicate surgery and then many more operations over the years. But he never recovered the normal use of his limbs and was often in a wheelchair. Besides partial paralysis from brain damage, he suffered short-term memory impairment, slurred speech and constant pain.

Still, along with his wife, Sarah, he went on to become the face -- and as much as possible, the voice -- of the gun-control movement in the United States. A federal law requiring background checks for handgun buyers bears his name, as does the White House press briefing room.

Although Brady returned to the White House only briefly, a year after the shooting, he was allowed to keep the title of presidential press secretary - and the $89,500 annual salary as assistant to the president for press relations - until Reagan left office.

Officials at St. Elizabeth's Hospital in Washington, where Hinckley is a patient, have said that the mental illness that led him to shoot Reagan in an effort to impress actress Jodie Foster has been in remission for decades. Hinckley has been allowed to leave the hospital to visit his mother's home in Williamsburg, Virginia.

Bill Miller, spokesman for the U.S. Attorney's Office, told CBS News that the office is reviewing the ruling on the death of Brady and has no further comment at this time.