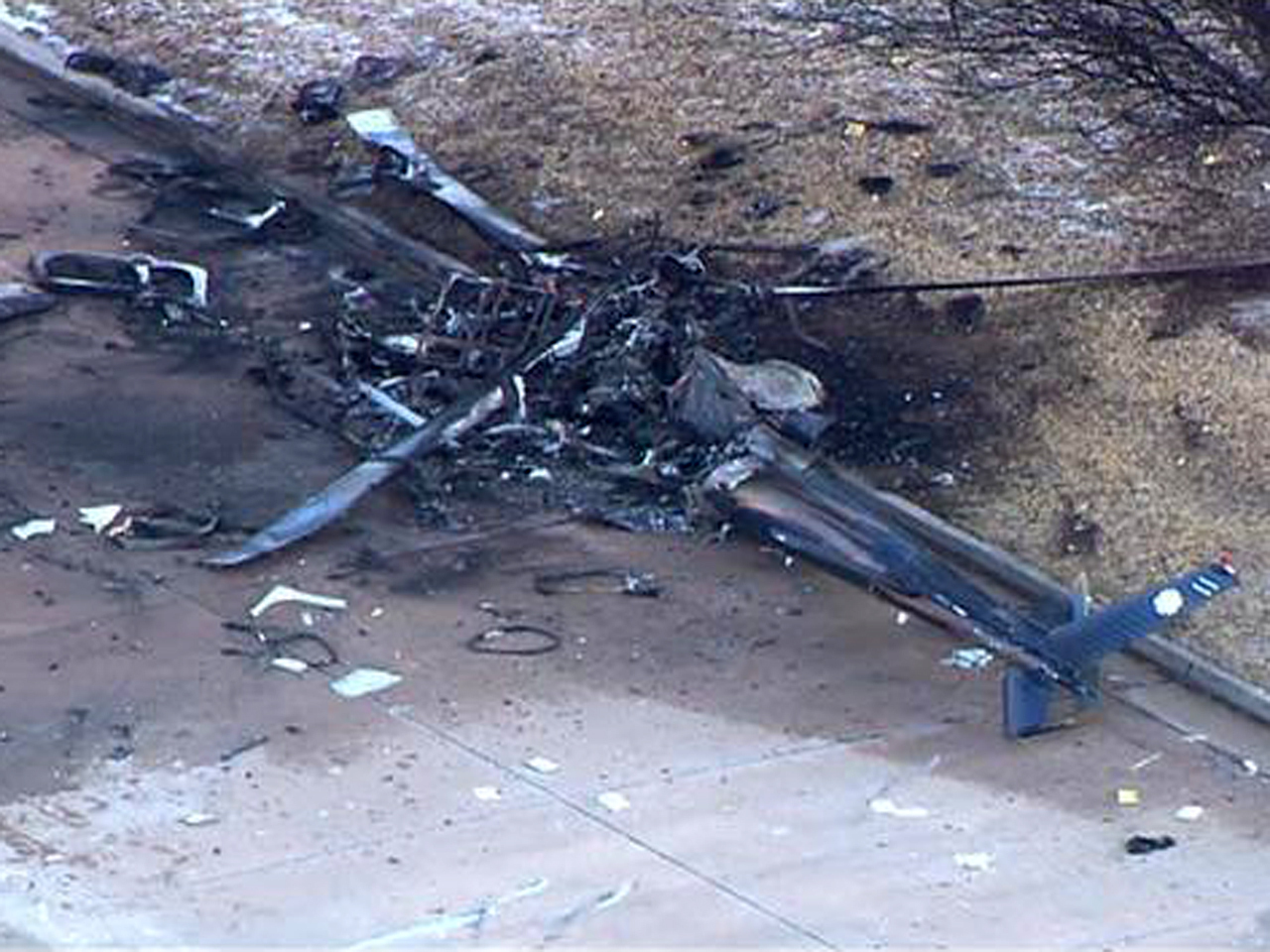 The crash happened around 5:45 a.m. Mark Woodard with the Oklahoma City Fire Department said the EagleMed helicopter, an AS350, was leaving Baptist Hospital and returning to its home base in Watonga, Okla., when it crashed.

Neighbors heard a loud explosion and immediately called 911. Drivers in the area reported seeing smoke and flames just after the chopper went down.

(Scroll down to watch a report from KWTV-TV)

The helicopter crashed between St. Ann's Retirement Center and St. Ann's Nursing Home. The copter did not hit any buildings, and no one in those centers was hurt.

Three crew members were on board. Two were killed in the crash. Three nurses from St. Ann's Nursing Home rushed to help. They, along with several people passing by, pulled a third crew member from the wreckage just before an explosion. The third crew member has been hospitalized in critical condition.

KWTV-TV has also learned one person on the ground was hurt while trying to help that lone survivor. That person's condition is not known.

Investigators from the FAA and National Transportation Safety Board have arrived at the site and are inspecting the wreckage.