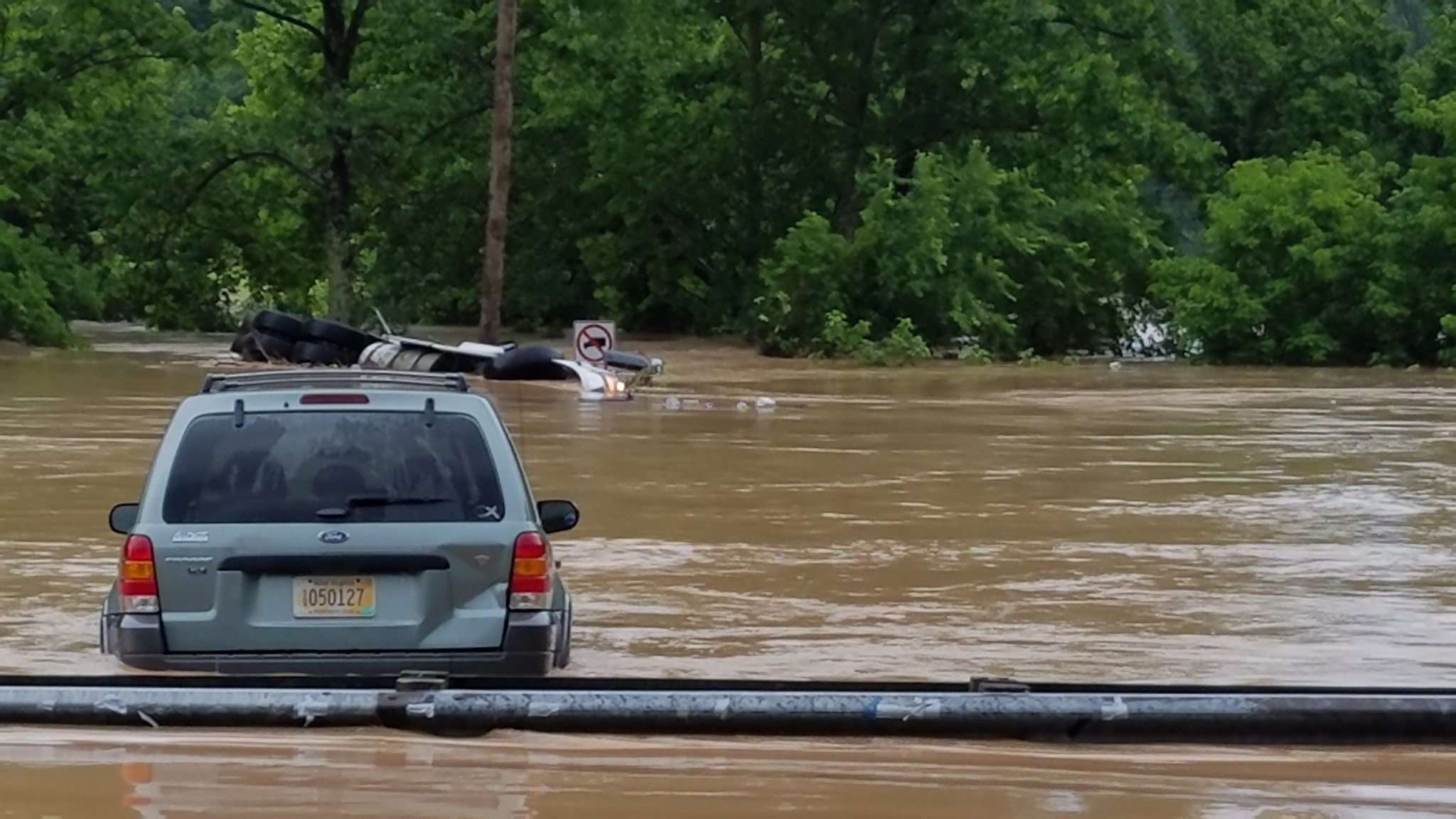 Parts of the community were still on fire Friday morning.

Kevin Sarver returned to his damaged and mud-covered home hoping his pictures of his three daughters survived.

A day of torrential rains sent cars careening down waterlogged streets and knocked out power to some 40,000 people as parts of Virginia and West Virginia faced devastating flooding Thursday.

"Just high water everywhere. People can't get out; they can't get in," one resident said.

Emergency crews have rescued dozens of people from the rising waters. In Covington, the Jackson River reached a record high, forcing evacuations.

The Summit Lake Dam in West Virginia has overflowed, sending water pouring into parts of Richwood.

For hours, Paul Moya was trapped on top of a roof. A diabetic in need of medical attention, he watched as his daughter's home was washed away and shot a video as he waited for rescue.

"I'm still shaking. I really just want to break down and cry right now," Moya said, speaking from his hospital bed. "All I could see was the homes burning and the electrical poles burning. I think I could say that now I was scared."