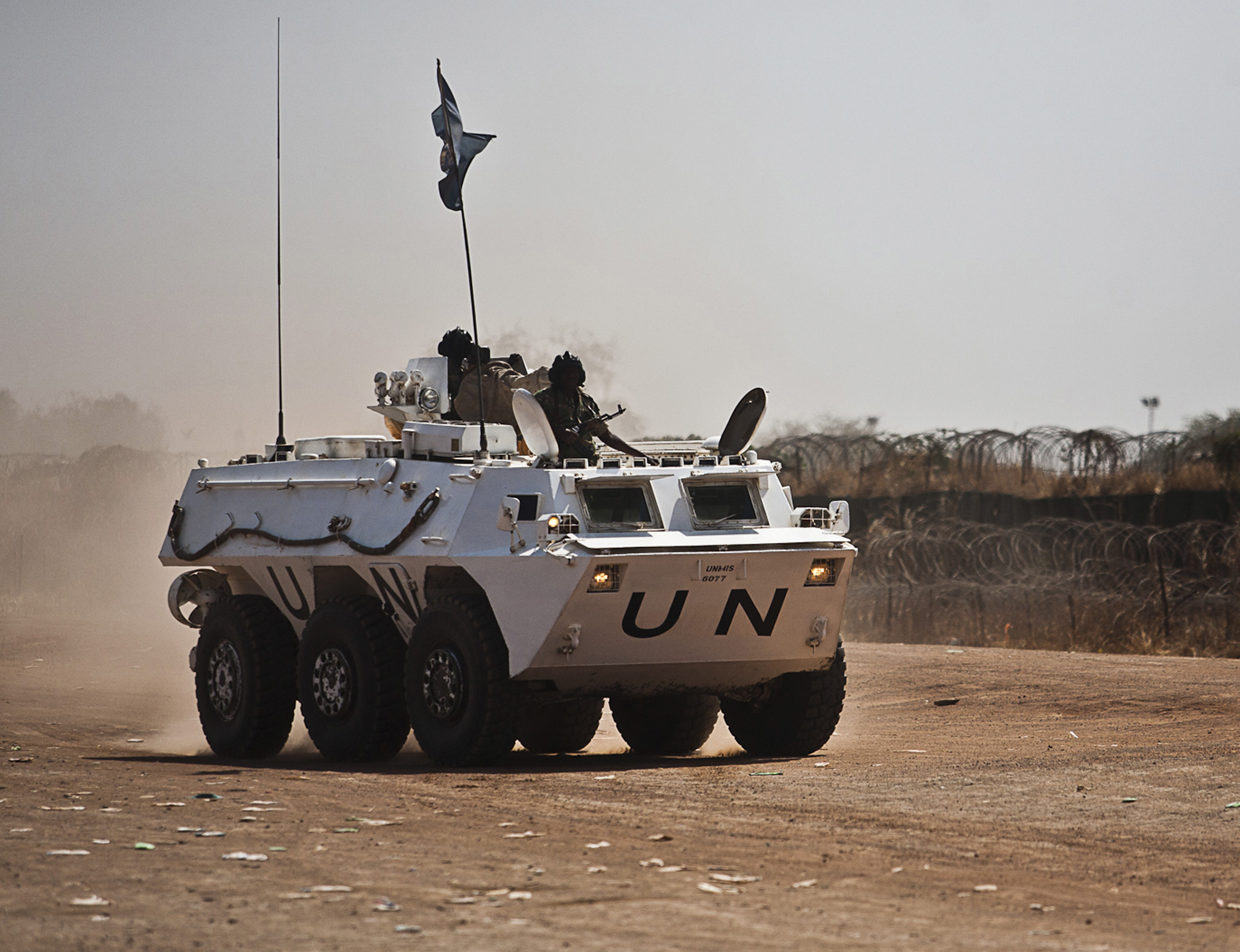 Five peacekeepers and seven civilians working with the U.N. mission were killed, said Hilde Johnson, the top U.N. envoy in South Sudan, in a statement. She said at least nine additional peacekeepers and civilians were injured and some remain unaccounted for.

Aguer said the attack took place on a convoy traveling between the South Sudanese towns of Pibor and Bor on Tuesday morning.

"Definitely this attack was carried out by David Yau Yau's militia," Aguer said. "They have been launching ambushes even on the SPLA for about six months now," he said, using the acronym for South Sudan's military.

Kieran Dwyer, spokesman for the U.N. peacekeeping department, said: "This was clearly a deliberate, targeted attack against a United Nations convoy by about 200 armed men."

He said it was civilian convoy with just over 30 U.N. soldiers there to escort it and protect it.

"As the peacekeepers defended the convoy, there was an intense firefight before the attackers ultimately withdrew," Dwyer said. "Our peacekeepers fought courageously and saved the lives of many colleagues and the civilians they were protecting, but tragically at least 12 people lost their lives."

The U.N. Security Council also condemned the attack "in the strongest terms" and called on the government of South Sudan "to swiftly investigate the incident and bring the perpetrators to justice."

South Sudan ended decades of civil war with Sudan in 2005 and peacefully formed its own country in 2011. But the south is still plagued by internal violence and shaky relations with Sudan. Leaders in Khartoum, Sudan's capital, deny that they are arming Yau Yau.

U.N. Secretary-General Ban Ki-moon is "appalled" by the attack, condemns the killings in the strongest terms, and calls on the government of South Sudan to bring the peacekeepers to justice, U.N. deputy spokesman Eduardo del Buey said.

"He recalls that the killing of peacekeepers is a war crime that falls under the jurisdiction of the International Criminal Court," del Buey said.

The United States condemned the attack, said Susan Rice, the U.S. ambassador to the United Nations.

She paid tribute to U.N. peacekeepers who are "bravely helping the government and people of South Sudan promote peace and security in the world's newest nation."

In December, the South Sudan military shot down a U.N. helicopter on a reconnaissance mission in Jonglei, killing the four Russian crew.

The convoy, which included 32 Indian soldiers, was attacked by rebels in Jonglei state, said Syed Akbaruddin, spokesman of India's Ministry of External Affairs in New Delhi, India. The Indian embassy will work with the U.N. to bring the bodies back to India, he said.

India has about 2,200 Indian army personnel in South Sudan. They are in two battalions. One is based in Jonglei and the other is in Malakal, in the Upper Nile, on the border with Sudan.

The Indian embassy said it will inform families before releasing the names of the soldiers killed.