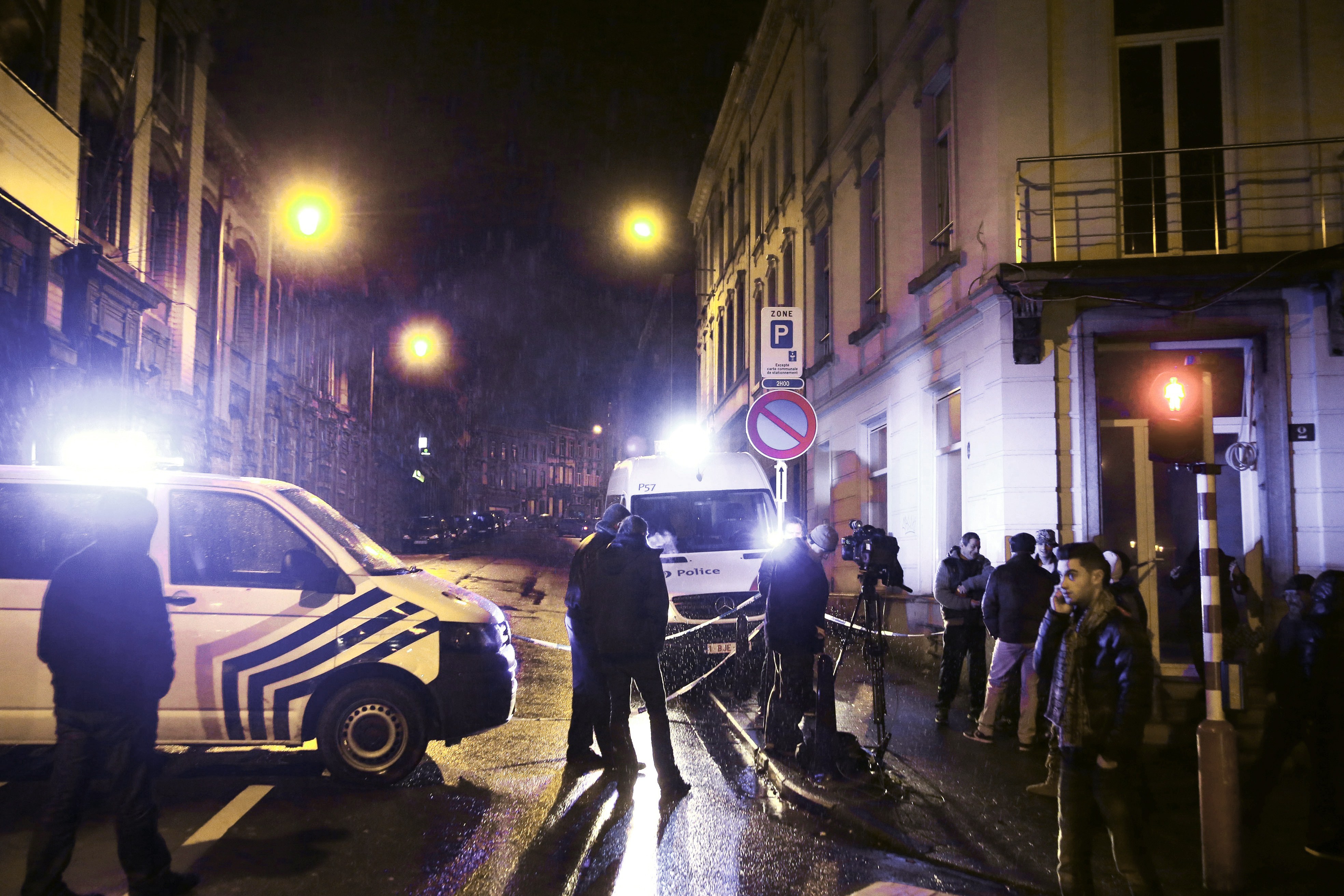 BRUSSELS -- Belgian security forces killed two terror suspects in a fierce shootout in the eastern city of Verviers on Thursday and arrested another, foiling a major attack against police buildings, authorities said.

Federal prosecutors said the group was poised to launch "terrorist attacks on a grand scale" within hours or days.

The raid came amid an international hunt for possible accomplices to attackers who killed 17 people in France last week before being shot dead by police. Those attacks, by men claiming allegiance to the Islamic State of Iraq and Syria (ISIS) and al Qaeda in Yemen, have raised fears around Europe of more attacks.

Federal Magistrate Eric Van der Sypt said there was no link at this stage to the Paris attacks, and that the raid is the result of an investigation that has been underway for a few weeks.

An intense firefight lasted several minutes on an upper story of the building, leaving two of the gunmen dead and the third, who was wounded, arrested and charged with belonging to a terrorist organization.

"These were extremely well-armed men," Van der Sypt said. In addition to the automatic weapons, investigators later found police uniforms and bomb-making materials inside the building.

Witnesses speaking on Belgium's RTBF radio described a series of explosions followed by rapid gunfire. Video posted online of what appeared to be the raid showed a dark view of a building amid blasts, gunshots and sirens, and a fire with smoke billowing up.

"You could smell the gunpowder," neighbor Alexandre Massaux told the Associated Press.

No police were wounded or killed in the confrontation, which occurred at the height of rush hour in a crowded neighborhood near the city's train station. Verviers is a former industrial town with a large immigrant population about 80 miles southeast of the capital, Brussels.

The magistrate said more anti-terrorist raids were underway in the Brussels region and Verviers, adding that Belgium's terror alert level was raised to its second-highest level. The operation was part of an investigation into extremists returning from Syria, authorities said.

A U.S. law enforcement source told CBS News senior investigative producer Pat Milton that Belgium has had an estimated 300 people go to Syria to fight but it is unknown how many have returned to Belgium.

The source said that there are other law enforcement operations underway elsewhere in Europe apparently as other police departments move on suspected terrorists.

"I do think you're going to see more of these raids," said CBS News national security analyst Juan Zarate. "European authorities are not willing to wait, not willing to see these threats accumulate."

Earlier Thursday, Belgian authorities said they are looking into possible links between a man they arrested in the southern city of Charleroi for illegal trade in weapons and Amedy Coulibaly, who prosecutors say killed four people in a Paris kosher market last week.

The man arrested in Belgium "claims that he wanted to buy a car from the wife of Coulibaly," Van der Sypt said. "At this moment this is the only link between what happened in Paris." Van der Sypt said that "of course, naturally" we are continuing the investigation.

At first the man came to police himself claiming there had been contact with Hayat Boumeddiene, Coulibaly's common law wife, regarding the car, but he was arrested following a search on his premises when enough indications of illegal weapons trade were found.

Van der Sypt stressed there was no established weapons link with the Paris attack at this moment.

Several countries are now involved in the hunt for possible accomplices to Coulibaly and the two other gunmen in the French attacks.

In Spain, authorities said Coulibaly drove Boumeddiene from France to Madrid on Dec. 31 and was with her until she took a Jan. 2 flight to Istanbul.

Spain's National Court said in a statement it was investigating what Coulibaly did in the country's capital with Boumeddiene and a third person who wasn't identified but is suspected of helping Boumeddiene get from Turkey to Syria.