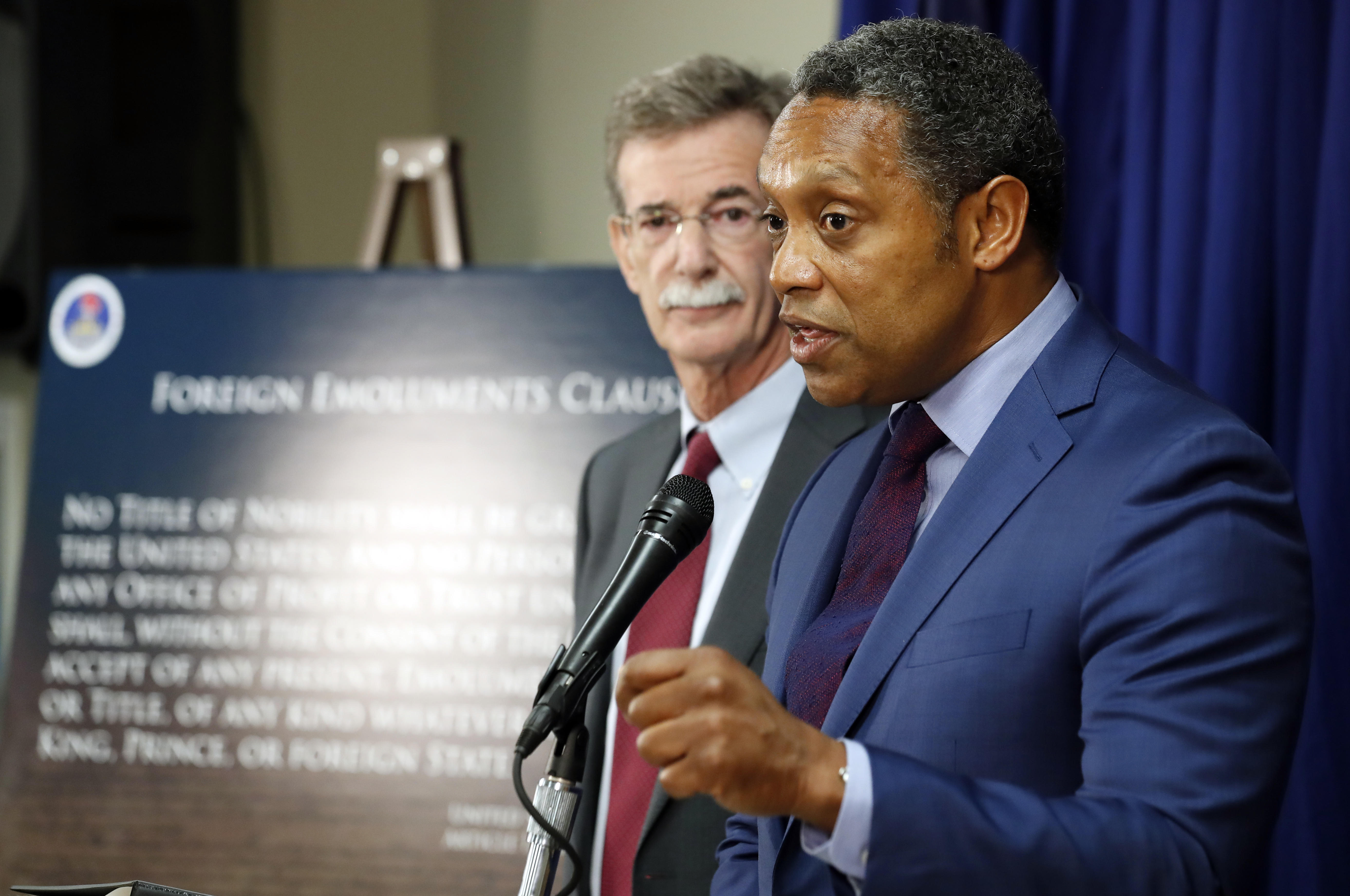 Attorneys general for Washington, D.C. and Maryland announced they're suing President Trump for accepting millions in payments from foreign governments which they say is "flagrantly violating" the Constitution's anti-corruption laws.

"Never in the history of this country have we had a president with these kinds of extensive business entanglements, or a president who refused to adequately distance themselves from their holdings," said D.C. Attorney General Karl A. Racine in a news conference on Monday. "President Trump's business and his dealings violate the constitution's anti-corruption provisions."

The lawsuit was filed Monday in the U.S. District Court for the District of Maryland, the report said.

"The president, above all other elected officials must have only the interest of Americans at the heart of every decision," said Maryland Attorney General Brian Frosh.

In particular, the attorneys general declared that Mr. Trump's international hotel chain, among other international business interests, is a violation of the emoluments clause.

"Foreign governments are spending money there (at the hotel in Washington) in order to curry favor with the president," Racine said.

The emoluments clause, which is outlined in Article I of the Constitution, states that "No Title of Nobility shall be granted by the United States: And no Person holding any Office of Profit or Trust under them, shall, without the Consent of the Congress, accept of any present, Emolument, Office, or Title, of any kind whatever, from any King, Prince, or foreign State." Essentially, the emoluments clause attempts to prevent corruption and influence from foreign governments over United States government officials.

"President Trump's vast global businesses and that empire he has is entangled with foreign and state government interest," Frosh said. He later added that the president's "personal interests could affect decisions about every aspect of American life from national security, to public health, from protection of consumers, to protection of natural resources."

The attorneys general criticized Congress for failing to act as a sufficient check on the president's power in relation to conflicts of interest, calling their lawsuit a "necessary cog in the check and balance wheel."

Mr. Trump has 60 days to respond to the suit, according to Racine.

"What we're doing is exactly what is necessary in this circumstance and we look forward to the litigation in court," Racine said.

On Monday afternoon, the Republican National Committee responded to the lawsuit against Mr. Trump.

"This lawsuit brought against our president is absurd," RNC spokesperson Lindsay Jancek said in a statement."From day one, President Trump has been committed to complete transparency and compliance with the law. The actions of the attorneys general represent the kind of partisan grandstanding voters across the country have come to despise. The American people elected President Trump to lead this country, and it is time Democrats end their efforts to delegitimize his presidency."