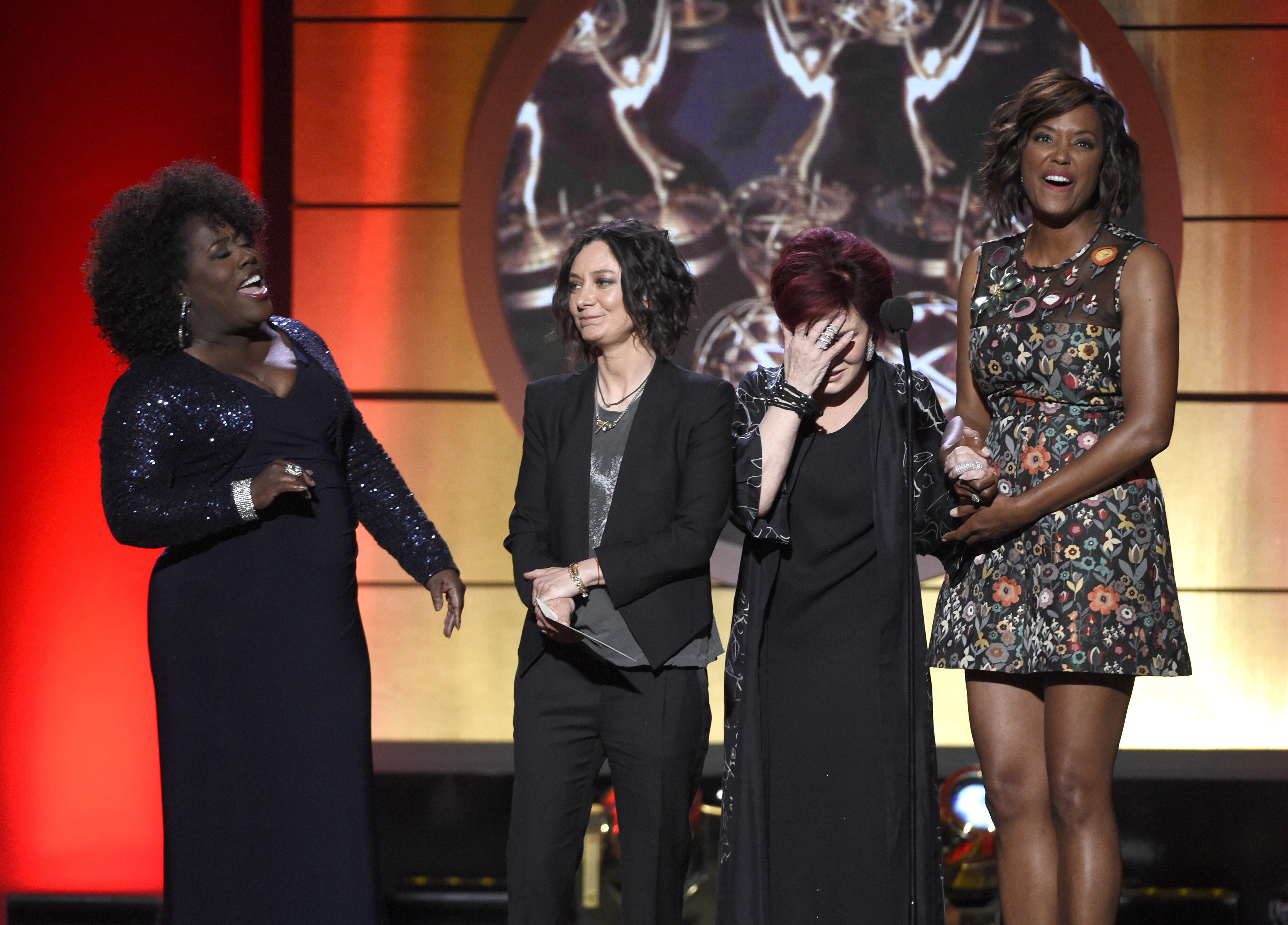 LOS ANGELES -- Ellen DeGeneres had much to celebrate 20 years -- to the day -- after her character came out as gay on the sitcom "Ellen."

"She did it because it was the right thing to do," said Mary Connelly, "Ellen" executive producer, of DeGeneres' decision to be open about her sexuality and do the same for her character in 1997. DeGeneres was absent and Connelly accepted the award.

"General Hospital" was honored as best daytime drama, with top acting awards going to Scott Clifton for "The Bold and the Beautiful" and Gina Tognoni for "The Young and the Restless."

Clifton became the first actor to receive Daytime Emmys in the categories of best younger, supporting and lead actor in his career.

Steve Harvey skipped the ceremony but was a double winner. He was named best game show host for "Family Feud" and best host of an informative talk show for "Steve Harvey."

"We are not fluff," she recalled saying at the time. "Had I known what was coming, I would have said, 'We are not fake news.'"

Hart also asked that people, whether on college campuses or in government, make an effort to listen to other points of view. Gaby Natale, who was honored as best talent in a Spanish-language program for "SuperLatina with Gaby Natale," issued her own plea.

She dedicated her award to the "people who are resisting inequality, misogyny, xenophobia and the rise of intolerance. Do not allow anyone to tell you otherwise: diversity is beautiful."

The ceremony was held as negotiators for the Writers Guild of America and producers attempted to reach a deal on a new contract and avert a strike that could disrupt daytime and prime-time TV shows and movie production. The existing contract expires Monday night.