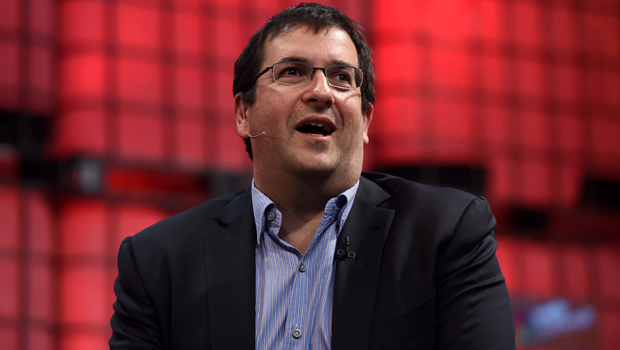 Dave Goldberg, CEO of SurveyMonkey and husband to Facebook executive Sheryl Sandberg, died suddenly Friday night, according to his brother.

"In this time of sorrow, we mourn his passing and remember what an amazing husband, father, brother, son and friend he was," Robert Goldberg wrote on his Facebook page Saturday.

Goldberg said his brother "passed away suddenly" without providing further details. He urged people to post memories and pictures of his brother to his memorial Facebook profile.

"I am glad I got to know him," Zuckerberg wrote on his Facebook page. "My thoughts and prayers are with Sheryl and her family."

"Oh-- I was-- apoplectic. Apoplectic," he said. "'You're going to be running all the negotiations and deals, like, you can't-- you can't just take the first offer. It'll look bad.' Not because it-- the money mattered so much but it was the principle. I wanted Mark to really feel he stretched to get Sheryl because she was worth it."

Mystery of the half-eaten shark on Florida beach

Sandberg, Facebook's chief operating officer, said it was important for women "to partner with the right person."

A statement posted to SurveyMonkey's Facebook page said that Goldberg's "greatest love was for his family."

"Dave's genius, courage and leadership were overshadowed only by his compassion, friendship and heart," the statement said.

Kara Swisher, co-executive editor of the tech news site Re/code, wrote that Goldberg was "one of Silicon Valley's most high-profile, well-regarded and well-liked entrepreneurs."

In 2001, Goldberg sold LAUNCH Media Inc., the online music company he founded, to Yahoo and then was an executive at Yahoo Music. In 2006, Billboard Magazine named him one of the top power players in digital music. He went to SurveyMonkey in 2009.