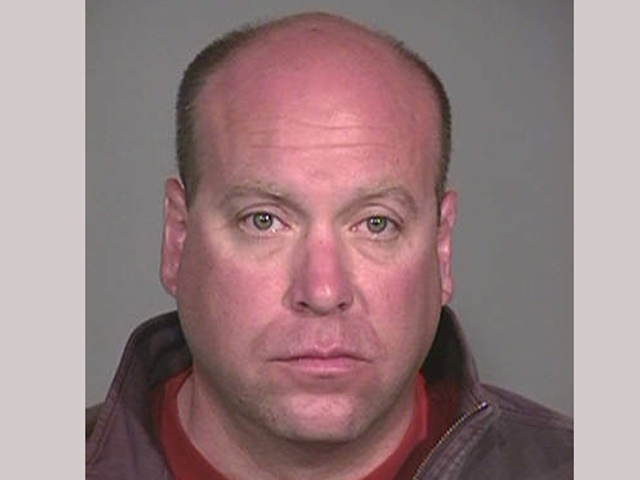 (CBS/AP) FORT WAYNE, Ind. - An Indianapolis police officer was convicted Tuesday of driving drunk and causing a fatal crash in a case that has roiled the city's police department for more than three years.

An Allen County jury deliberated for about seven hours before returning its verdict in the case of Officer David Bisard.

"Justice has been served. Our son is gone forever, but David Bisard, we can only hope, will receive the help that he needs, that he never again hurts or takes another innocent life," said Aaron Wells, whose 30-year-old son, Eric Wells, was killed in the Aug. 6, 2010 crash. Two other motorcyclists were injured in the collision with Bisard's police cruiser.

The case, which was moved to Fort Wayne because of extensive media coverage in Indianapolis, focused on whether Bisard was drunk at the time of the crash and whether blood samples taken during the investigation were mishandled.

Prosecutors said tests showed Bisard had a blood alcohol level of 0.19 percent the day of the crash. But defense attorneys challenged those results, arguing that the blood was drawn at an unauthorized facility and that two vials had been mishandled.

Defense witnesses testified that they saw no signs that Bisard was intoxicated at the crash scene.

The case was marked with turmoil from the beginning. Former Marion County Prosecutor Carl Brizzi dropped drunken driving charges against Bisard after learning that the blood test showing a 0.19 percent blood alcohol level wasn't taken by an authorized technician at a hospital as required under state law.

New Prosecutor Terry Curry later reinstated the charges, and the Indiana Supreme Court ruled in December that the blood tests could be admitted into evidence.

Bisard was initially free on bond and was allowed to keep his driver's license while awaiting trial. But he was ordered jailed after his arrest in April on misdemeanor drunken driving charges after a pickup truck he was driving ran into a guard rail along a winding, narrow road in Indianapolis. No one was injured.

A blood test showed he had a blood alcohol level of 0.22 percent, according to court documents. The state's legal limit to drive is 0.08 percent.

The case drew intense local media coverage as police officers' handling of the crash scene and evidence stirred public distrust and led to disciplinary action against several high-ranking officers, including the demotion of the police chief. It sparked allegations that a deputy prosecutor had been secretly recorded during conversations with police investigators.

Judge John Surbeck blasted Indianapolis police during the trial after learning a police major had been emailing summaries from the courtroom.

Bisard has been suspended without pay since the crash. Public Safety Director Troy Riggs said the department would move to fire him now that the verdict is in.

Police Chief Rick Hite, who arrived in Indianapolis after the Bisard crash, said the last three years have been difficult for the victims and the city. But he stressed that the department has "learned many lessons" as a result of the case and made policy changes.

"Because of these changes we are a better police department," he said. "We will continue to move forward, to pray for those victimized in this incident and hope they find a measure of peace in the future."