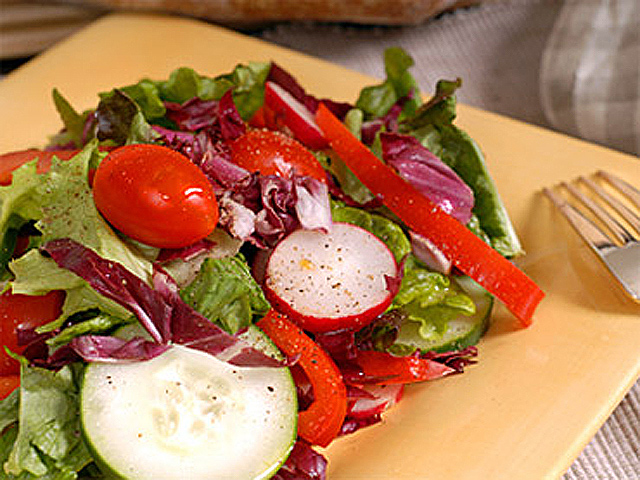 (CBS) What's so great about the DASH diet?

The diet was just named the "best diet overall" by U.S. News & World Report in its "2012 Best Diets Rankings."

Is DASH the best diet for helping people lose weight? Not quite - U.S. News ranked Weight Watchers No.1 in that department, while DASH ranked as the ninth best diet for weight loss.

Many diets "such as Weight Watchers, are household names, while others, such as the DASH (Dietary Approaches to Stop Hypertension) diet, should be," writes Avery Comarow of U.S. News.

For the best diets overall category, U.S. News combined panelists' input from all seven diet ranking categories, some of which included best heart-healthy diets and easiest diets to follow . Long-term diet success was weighed more than short-term, because some diets can give you quick results after New Years, but the true test is when a diet can be sustained for years. Comarow says that's especially important for obese people, because as little as a 5 percent reduction in body weight could cut an obese person's risk for diabetes and heart disease.

So what's so great about DASH?

Designed by the National Heart, Lung, and Blood Institute, It's a diet aimed at preventing and lowering high blood pressure by eating healthy. It emphasizes a lot of the foods we've long been told to eat, such as fruits, vegetables, whole grains, lean proteins, and low-fat dairy. Those foods contain nutrients like potassium, calcium, protein, and fiber, which are key for fighting blood pressure - and can help trim waistlines too. DASH also ranked first as the best diet for healthy eating and people with diabetes.

"DASH is actually awesome. It's pretty realistic, it's not bizarre. It just asks people to eat a lot of fruits or vegetables and low-fat or non-fat dairy, which really is how I measure the quality of a diet," Dr. Keith Ayoob, director of the nutrition clinic at the Rose F. Kennedy Center at the Albert Einstein College of Medicine, told ABC News. "It's not inhuman."

But like a lot of diets, you'd have to give some things up. Red meat, salty snacks, and calorie and fat-laden sweets are a "no-no" on the dash diet. DASH suggests capping sodium at 2,300 milligrams a day and eventually working to stay under 1,500 mg, according to U.S. News.

Exercise is recommended along with the DASH diet, especially if you want to lose weight. But if weight loss is your main goal, you should also check with your doctor to get a more specific diet plan. U.S. News recommends that people ease their way into the diet, by adding a vegetable or fruit serving to every meal and by trying new herbs and spices when cooking to lose that taste for salt.

WebMD has more on the DASH diet.