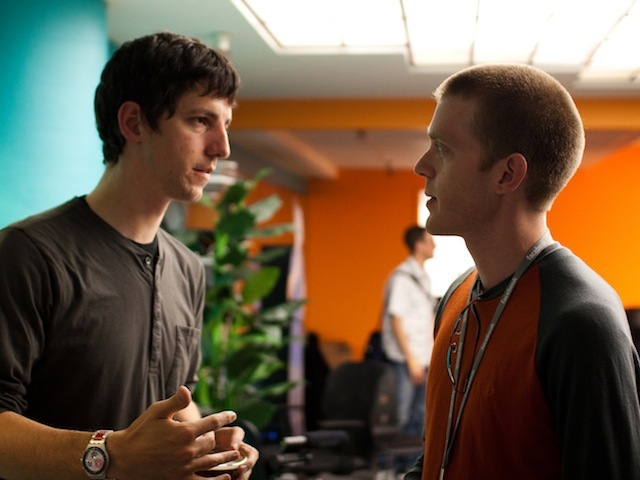 COMMENTARY If I didn't know better, I'd swear that Silicon Valley is right smack in the middle of another tech boom. The signs are all there -- the valley's partying like it's 1999 again.

Apple (AAPL), Google (GOOG), Cisco (CSCO), Intel (INTC) and Oracle (ORCL) are all seeing record revenues. Bay Area startups are grabbing a whopping 40 percent of the nation's venture capital. And the IPO market's hot again -- Facebook's upcoming offering is expected to raise as much as $10 billion on a $100 billion valuation.

The only difference is that this tech boom isn't for everyone. When it comes to the technology sector, experts say if you're over 35 or 40, you're pretty much over the hill. And, if you look at the hiring practices at some of the valley's hottest Internet and social networking companies, it's hard to overlook the cold hard reality that age discrimination is prevalent.

Never mind that job discrimination of people over 40 is illegal. It's just really hard to prove, primarily because the salary differential between someone right out of school and someone with 10 to 20 years of experience is likely to be huge and there's no law against employers hiring less expensive labor to save money.

Still, the anecdotal evidence is overwhelming.

Vivek Wadhwa, an academic, columnist and former software entrepreneur writing for TechCrunch says, "This is not something that tech executives publicly admit, because they fear being sued for age discrimination, but everyone knows that this is the way things are."

According to a New York Times article, Norman S. Matloff, a professor at the University of California who studies tech industry hiring practices, said, "workers over 35 regularly face discrimination by technology companies."

And Kris Stadelman, director of NOVA, a local workforce development nonprofit company that surveyed 251 Bay Area human resource executives, said, "Especially in social media, cloud computing and mobile apps, if you're over 40 you're perceived to be over the hill."

The average ages at several Bay Area companies seem to indicate that Stadelman, Matloff and Wadhwa are all onto something.

According to PayScale, which claims to have the world's largest employee compensation database, the median ages of employees at Apple, Google and Facebook are 33, 31 and 26, respectively. Contrast that with HP (HPQ) and IBM (IBM), both of which have a median employee age of 44. That's a huge gap, if you ask me.

You've got to admit, it sort of makes sense that fast-growing Internet companies would be looking for aggressive young people who are entrepreneurial at heart and want to change the world. After all, that's what fits their culture.

Why experience is overrated
How to create a culture of innovation

The Times article quotes Lori Goler, Facebook VP of people and recruiting, saying the social network giant is looking for the "college student who built a company on the side, or an iPhone app over the weekend." Is it any wonder the average employee was born within a year of 27-year-old founder and CEO Mark Zuckerberg?

With an unemployment rate of 8.9 percent -- higher than the national average -- it appears that Silicon Valley's latest tech boom is limited to certain types of companies and certain demographics. It certainly seems as if the brave new world of social media is a game for the young.

Nevertheless, there are still plenty of options for all you old-timers over 35. Here are five that come to mind:

Be geographically flexible. If you're willing to move, there are plenty of places that aren't as competitive or expensive to live as Silicon Valley.

Groom yourself for management. With age comes wisdom and, presumably, better decision-making. Hunt those management opportunities down and pursue them aggressively.

Embrace entrepreneurship. If VCs are discriminating against older entrepreneurs, I'm not aware of it. And I think experience has its advantages in running a startup, as well.

Network -- old school. If you've been around a while, you must have a network. Don't be shy about contacting each and every manager and friend you know and asking them if they know anyone who might be hiring. I know that's obvious, but hey, some techies are introverted and sort of reclusive. This is no time for that.

Try a skill-set reset. As a last resort, if you're a hardware person living in a software world or for whatever reason your skills are outdated, you may have no choice but to get your skills current and take a pay cut to get your foot back in the door.

More on the subject: 5 ways to make it in a social media world