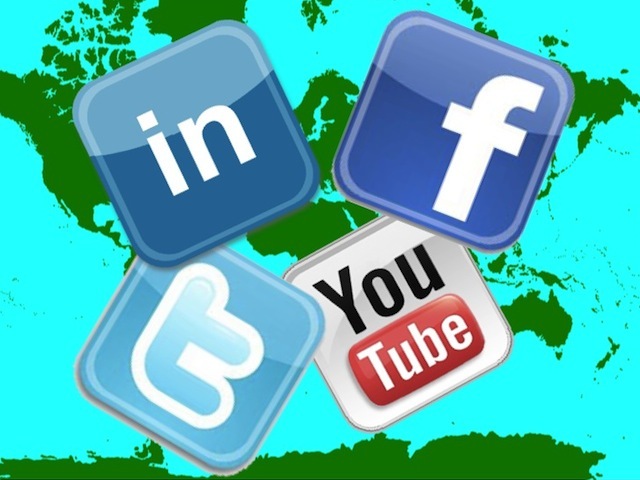 The world is full of people trying to tweet, like and link their way to prosperity. Years from now, we'll all look back at how much time everyone wasted trying to get ahead with social media and think, that was a real "fools rush in" moment.

In case you don't get the reference, it means this: nobody ever got anywhere by doing what everyone else is doing. Nobody. And that includes you.

Not to burst your bubble, but look at it this way. Everyone who lost their shirts chasing loony valuations when the dot-com bubble burst would have loved to have gotten a heads up before it happened, right? Well, here's your heads up.

Now, don't get me wrong. Entrepreneurs, VCs and investment banks did pretty well on LinkedIn's (LNKD) IPO and they'll make out like bandits when Facebook goes public, too. That's because they've figured out how to capture your time and monetize your eyeballs. But that does nothing for you and your career.

Yes, I know, social media is easy, fun, and the instant gratification fix is enormous. Well, if business success was a drug, I guess we'd all be rolling in dough and high all the time. Unfortunately, the real world doesn't work that way. So, while all the fools are rushing in, you can join them and get nowhere or do something that sets you apart.

So, assuming you're not in venture capital or investment banking, here are five ways to monetize your ambition and make it in a social media world.

A recent McKinsey study confirmed that when it comes to social media, networks and blogs, companies are primarily searching for new ideas and seeing what competitors are up to. This is where most of the new jobs are. For real.

Rebrand and reposition yourself

Companies are running into the same problems you are: struggling to rise above the noise and differentiate themselves in a highly competitive global market.

If you're into branding, PR, marketing communications, HR, recruiting or customer service, instead of beating your head against the wall along with millions of competitors for the same old job functions, reposition and rebrand yourself focusing on the social media aspect of your field.

For example, in PR, the focus is more and more on media outreach and engagement with influential bloggers and opinion-leading pundits who reach millions of people. In terms of brand management, the focus these days is on real-time customer experience, service and feedback via social media. And advertisers are exploring the brave new world of Facebook and YouTube.

I can go on and on, but it really comes down to repositioning yourself to focus on what's hot and leaving the rest to the masses.

Clean up your web presence

Get this: there will come a day when resumes will be a thing of the past. Okay, maybe not entirely, but more and more, companies are looking at candidate's web or social media presence to determine if they'd be a good fit. So clean up your act by making your Twitter and LinkedIn presence all about business and keeping your Facebook activity private.

And for goodness sake, have some discipline when it comes to social media. Don't blab about things you shouldn't be blabbing about online where it could get you fired or blacklisted, or post dumb videos on YouTube. Try to remember: if it's on the web, it's discoverable and public information. So don't post anything you wouldn't want your boss or future potential employer to see.

With everyone and his brother looking for a quick fix and instant gratification, companies big and small are still in desperate need of the same old thing: people who can find creative ways of solving tough problems and getting things done that impact the bottom line or sales.

It may not be what you want to hear, but now more than ever, companies need creative, hard-working people who know that the way to differentiate themselves is to look at their department's or company's goals, find obstacles to achieving them, and figure out innovative solutions that overcome those obstacles.

It also helps if you're driven and aggressive so you can sell your ideas, get funding, and then, when the rubber meets the road, actually get the job done. Yes, I know that sounds hard, but if I had to come up with one silver bullet that'll help you climb the corporate ladder and get to the top, that would be it.

No, I'm not talking about all those people who call themselves social media marketers and gurus on Twitter. Trust me -- they're not going anywhere. I'm talking about the real thing: coming up with an idea, getting it funded, and marketing it. But here's the catch. There's an awful lot of that going on these days, primarily because Gen Y has embraced entrepreneurship in a big way.

So if you're going to attempt that route, here are three big tips. First, seek out expert advice and feedback from people who've been around as soon as you can and listen to what they tell you. That doesn't mean get discouraged and give up the first time somebody says, "no." Just remember, most startups don't make it with their initial idea.

Second, if your plan is to come up with the next Facebook or Twitter and make a quick billion like Mark Zuckerberg, you're in for a big surprise. It doesn't work that way. Just do what you think is cool and marketable and the rest will follow. Third, you'll need a lot more money than you think. Lastly, here are some great Insights for entrepreneurs from Facebook's Zuckerberg.

On the subject: Dark side of social media: age discrimination