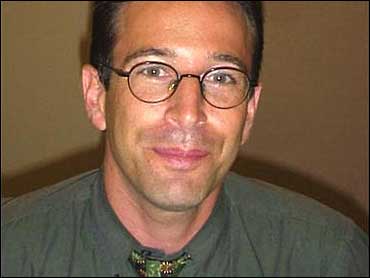 The man, identified as Hashim Qadeer, was captured in a bus at a terminal in the eastern Pakistan city of Gujranwala, a police official and an intelligence official said on condition of anonymity.

Qadeer is believed to have arranged a meeting between Pearl and British-born militant Ahmed Omar Saeed Sheikh at a hotel in Rawalpindi, a city near the capital Islamabad, said the Karachi-based intelligence official.

Pearl was kidnapped and later beheaded in the southern Pakistan city of Karachi while he was researching a story on Islamic militancy in 2002.

Months later, a court in Karachi convicted four men in Pearl's killing, including Sheikh, who was sentenced to death. The three others were given life imprisonment. Their appeals are pending.

Both the police and the intelligence officials requested anonymity because they are not authorized to make media statements.

Two other militants wanted in Pearl's case were killed in shootouts with security forces last year. Five others remained at large. Qadeer was one of the fugitives, the police official said.

In 2003, authorities listed Qadeer's name among the country's 40 most wanted men.

Qadeer said in an initial interrogation that he was headed to Rawalpindi, and planned to take another bus to Pakistan's portion of the Himalayan region of Kashmir, according to the police official.

It was not clear why he was traveling to Kashmir, part of which is controlled by India.