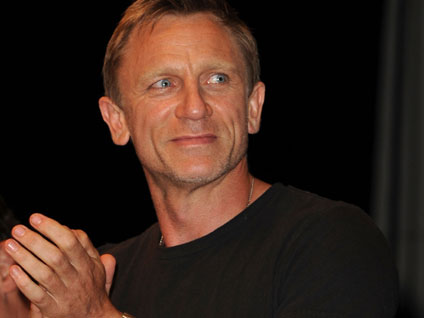 NEW YORK (CBS) The male lead in David Fincher's American adaptation of Stieg Larsson's mystery novel "The Girl with the Dragon Tattoo" has been locked down. But the role of the titular girl with the dragon tattoo is still up for grabs.

Sources confirmed to Entertainment Weekly on Tuesday the long-standing rumor that Daniel Craig will take on the role of Mikael Blomkvist, the journalist hired to look into the decades-old disappearance of the niece of an aging Swedish industrialist.

But who will play Lisbeth Salander, the pierced and tattooed hacker with a photographic memory who helps Blomkvist with his investigation?

Carey Mulligan ("An Education") was a possible candidate, but the Oscar nominee confirmed she will not play Salander. Kristen Stewart ("The Twilight Saga") has also been mentioned as being up for the role. Stewart told MTV in June that she may be too busy to take on the role, but called it "an incredible project" and added she hopes someone "really cool" gets the part.

According to EW, screen tests for the role are expected to take place this week. The film is scheduled for a Dec. 11, 2011, release.

Who do you think should play Lisbeth Salander? Share your thoughts in our poll and in the comments.