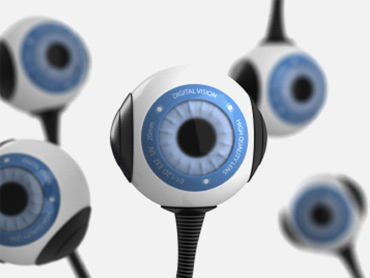 Free wifi -- it's everywhere, from the coffee shop to the airport. It's convenient, but you may be putting your personal information at risk.

She notes that nine million people fall victim to identity theft every year. And now, with thousands of wifi hot spots across the country, thieves are finding a new and easy way to steal your information.

Everywhere you look -- there's wifi. But web surfers beware: Hackers are out there and trying to use wifi to rob you blind.

Security experts estimate hackers can easily take in $1,000 worth of data from just one hacked computer.

Pierson explained, "I can basically do anything you would do on your computer and the best part about it, from the perspective of the hacker is, you're never going to know I've done it."

Pierson is a consultant who points out security flaws.

"The Early Show" asked Pierson and a fellow ethical hacker -- whose name was given only as Dino -- to show how easy it is to follow someone's every move online, using just a laptop and some hacking software.

In a New York coffee shop, Koeppen started a Google search on wifi. She didn't tell the hackers what she was looking up.

The hacker knew instantly that she searched for her name in the search engine.

Koeppen said all that hackers need to do is set up their own bogus wifi access point, such as one called "free public wifi." Then they just have to wait for unsuspecting computer users to log in.

There are more than 220,000 public wifi hotspots in the U.S. The ethical hackers featured on the broadcast say you can't always trust the security measures you might think are in place to keep your info safe.

When the hackers seen on "The Early Show" set up their own wifi access point at a Manhattan hotel, which they called "Best Free Public Wifi," it wasn't long before dozens of wireless devices tried to log on, including, as part of this demonstration, an "Early Show" producer using an iPhone. When someone is given access, the hacker can then communicate with your device and attack it using the network.

Pierson said, "Basically, we're fishing. We basically got our bait like a fisherman would be casting his bait into the water and see who bites."

The hackers lured in nine users in their test within 30 minutes.

The bottom line, experts say, is to avoid public wifi altogether if you're using confidential accounts and information.

Pierson said, "The safest bet is not to use wifi for your confidential information. Just don't do it."

Tips for Safe Wifi Use:

1. Use a passcode or login -- Koeppen said it's a good sign if you have to use a password to access a wifi account.
2. Use a Virtual Private Network or VPN -- Download a free or low-cost copy for your computer and it will protect your information.