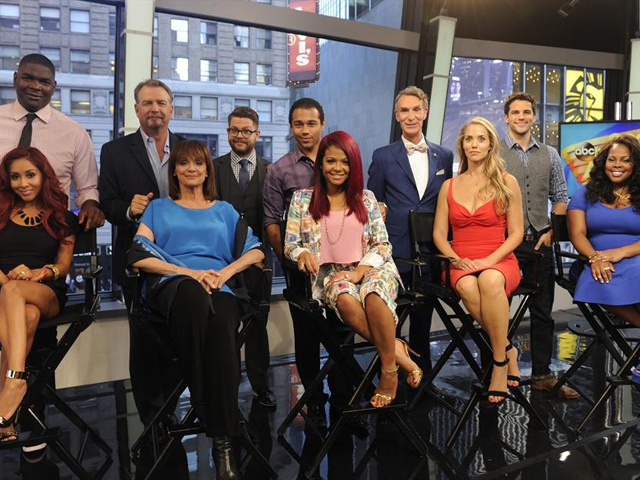 The new cast of "Dancing with the Stars" has been revealed, and, as had previously been reported, the latest crop of celebs to hit the ballroom includes Valerie Harper and Leah Remini. There's also a "Saved by the Bell" alumna, a former NFL player, a "Science Guy" and a "Glee" star.

The roster was revealed Wednesday morning on ABC's "Good Morning America." Here's who will be dancing:

-Leah Remini ("The King of Queens") -- paired with Tony Dovolani.

Harper, 74, was diagnosed earlier this year with terminal brain cancer, but her doctor recently revealed the actress' cancer is "close to remission."

Remini also made headlines this summer when she parted ways with the Church of Scientology.

The stars and their pro partners will show off their moves when "Dancing with the Stars" returns on Sept. 16 at 8 p.m. ET on ABC. The show will now air just one day each week, on Monday nights.

How will "DWTS" work without a results show? Each week, viewers will vote for their favorites. A couple will be eliminated at the end of each episode based on judges' scores for that night, combined with the public's votes from the previous week.

Tell us: What do you think of this new "Dancing with the Stars" cast?