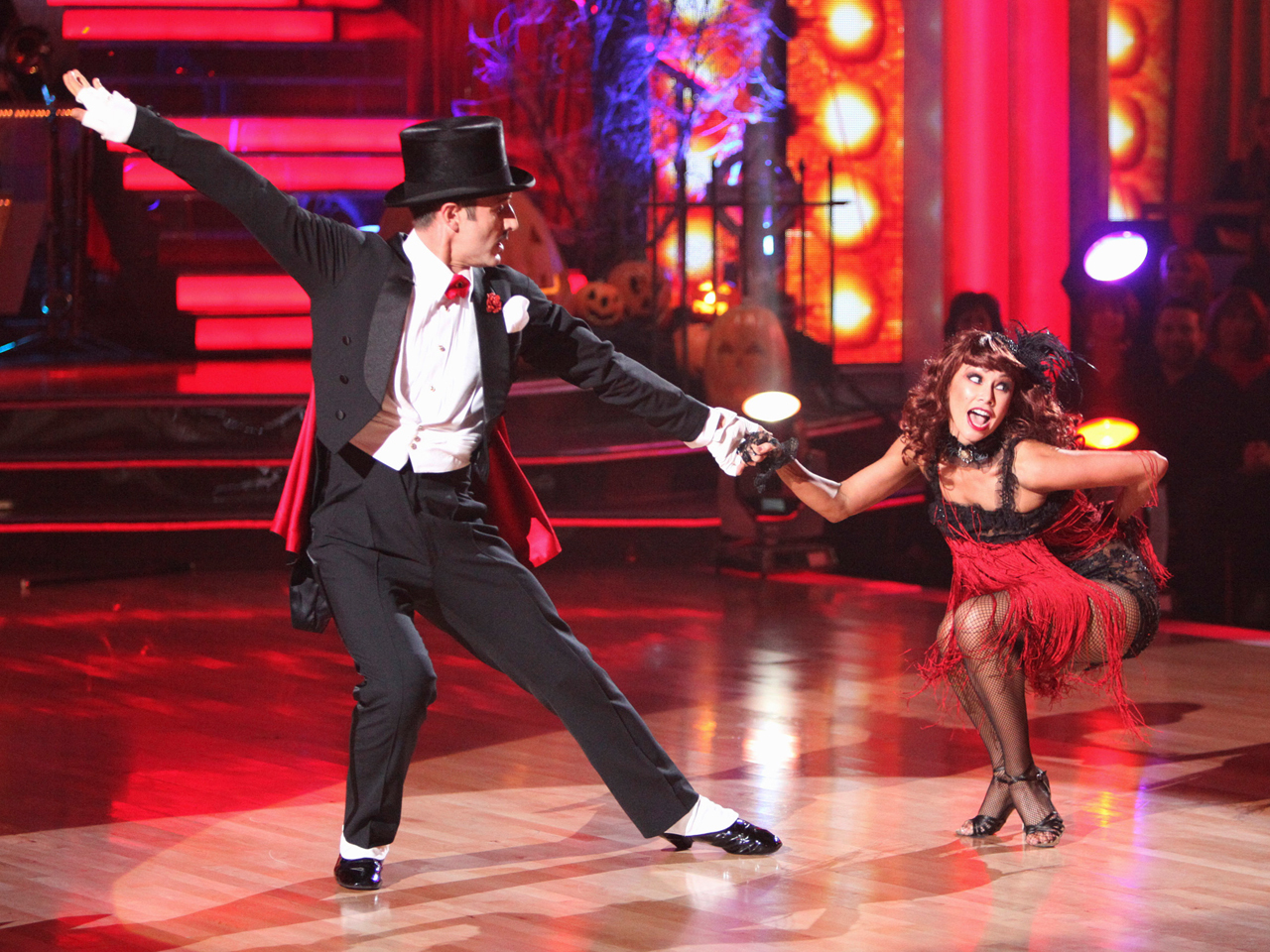 The dancing is, in some ways, secondary to things like the stargazing, the popularity polls and the nasty, willful judges. So, even though there was a vast earthquake of elimination to come, even though a "Scream" star was be killed off, there was no build-up.

Instead, within seconds of the start, we didn't have dancing, nor prancing, nor even Maksim Chmerkovskiy finally lancing the boil caused by judge Len Goodman.

No, we had Justin Bieber. His Bieberness.

He sang that he never thought he could walk through fire. Suddenly, he danced. "Never, Say Never," was his clarion call. By the end of the night, we would all know exactly what he meant.

I am not sure that Bieber was doing a whole lot of singing. But what a presence. What a haircut. Even Goodman was seen standing in the background, clapping his hands, swaying in time. Well, almost in time. I'd say he needed to work a little on his musicality.

Before we could catch breath, we had Rob Kardashian admitting in an intimate backstage interview that he'd always been deeply self-conscious about his bottom. He claimed amusingly that he'd never worn jeans because of it. Some might wonder whether he should have merely borrowed his sister's. Which sister, I couldn't say.

It was quickly announced that, talking of bottoms, Nancy Grace was in the bottom two. The real, unexpurgated bottom two. This was hardly surprising as her jive had been hardly a jive, more an attack of the hives.

Grace looked miffed in the extreme. Especially as Rob Kardashian was simultaneously declared safe. There are questions surrounding Kardashian's support after his newly-separated sister Kim had pretended to tweet, gosh, Justin Bieber's phone number. It turned out to be the voting number for her little brother.

Will those Kardashians stop at nothing? I couldn't possibly comment.

What's lovely about the results show is that it offers you the sound feed of what the professionals are really saying to the supposed stars as they dance.

"Slow down!" he barked. Then "Go!" To think we imagined this was just one silkily flowing spectacle.

Every close-up of Lake's fiance, though, shows him to be grittily unhappy at his wife's quite stellar performances. Perhaps he merely worries about her injured rib.

There was nothing to worry about when Bieber joined up with Boyz II Men in order to offer a fine Christmas ditty. You mean you didn't realize that the sales season had already started? Pitiful you. Bieber has a new album. It's called "Under the Mistletoe." Buy it. Now.

Suddenly, there were only 10 minutes left. There had to be drama.

David Arquette was to have begun his Halloween dance with a magic trick. For some perhaps suspicious reason, it never materialized. A prop seemed to have gone astray. Was this an omen? Or would Hope Solo yet again be in the possibly, maybe, no, certainly bottom two?

When he was told he was in the bottom two, Arquette offered a slashing motion and the line: "It's curtains."

When it was announced that these were, indeed, his curtains, Nancy Grace's partner, Tristan McManus seemed more than a little surprised - if not daunted by the prospect of propelling her through two dances next week.

Arquette, who is a good-natured sort of manic, declared: "There must be a mistake because this is my show." This was a wonderfully timed amusement, after Maksim Chmerkovskiy had insisted that this was his show only last week.

"I came here to get to know more about myself, face my fears," said Arquette.

You see, some people see a shrink, some hang-glide and some go and perform the paso doble in public.

Was Arquette the worst dancer on Halloween? Of course not. That was unquestionably the less than amazing Grace. But, as the ever-mature Bieber might remind us, never say never.

Arquette doesn't have enough of a franchise among those who bother to vote. After all, he's big on the wrestling circuit, something the voters tend not to follow. Perhaps the saddest thing about his departure is that we will see no more of his partner, the astoundingly sane, kind and lovely Kym Johnson.

But we will see the remaining five couples complain about their injuries, the strain, the stress and the pressure in just a few days' time.

The pressure, though, is on. "The X Factor" is challenging "Dancing with the Stars" in the ratings. Time for a truly powerful rumor about a dancing affair, perhaps?