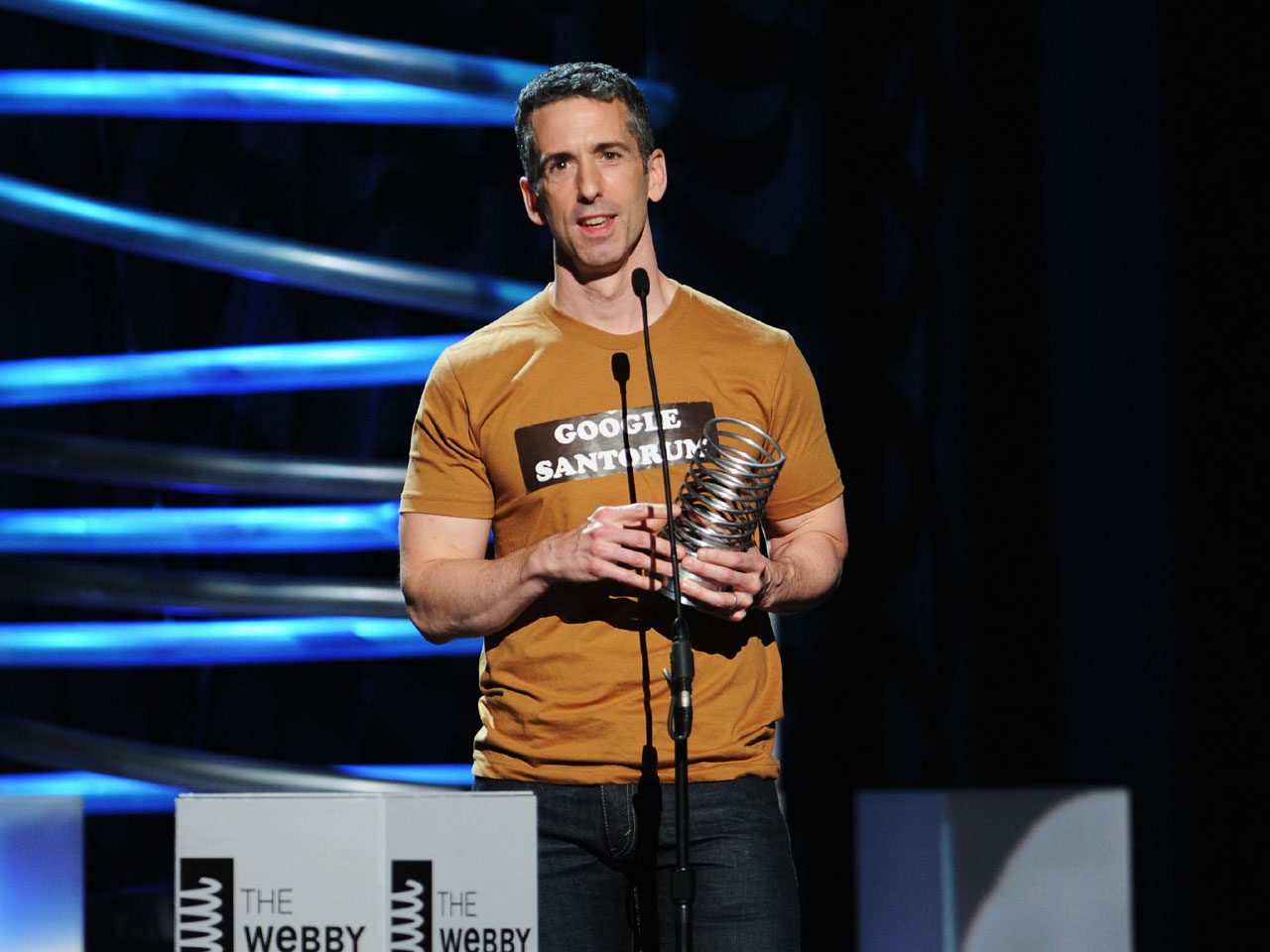 (CBS News) - Dan Savage knows first-hand the struggles of coming out to your friends and family. He announced he was gay to his Irish Catholic, Chicago-based family in the early 1980s and described the experience as if he was "walking into a buzzsaw."

"It was the 80s, it was AIDS. You couldn't have designed the worst coming out scenario than the situation I found myself in with my family. Luckily they valued human beings over dogma, just like they rejected what the Catholic Church said about birth control," Savage bluntly said to HealthPop.

Savage is using his own personal experience and his years of spouting off sometimes scandalous, yet brutally honest advice on dating, sex and relationships on his new MTV show "Savage U." For each episode, he'll travel to a different university answering questions from real college students. Combining both his irreverent way of speaking about sexual topics and his matter-of-fact utterances, Savage hopes the show will allow viewers to let go of their inhibitions about who they really are.

If Savage's name sounds familiar, it's because the writer, journalist, editor and media personality has been dishing out his opinions for quite some time. He's currently the editorial director of Seattle paper "The Stranger," but rose to fame with his national syndicated column "Savage Love," which he still writes. Savage has had stints running advice columns on ABC News and wrote multiple op-ed pieces in The New York Times. His podcast "The Savage Lovecast" often tops the iTunes Health download charts. He said the new show would be the television version of his previous works.

He's also put several words into the lexicon by "reclaiming" several LGBT slurs by overusing them so they don't carry malice and by famously proposing a new definition for the word  "santorum."

However, Savage is best known for his "It Gets Better" project, which he started with his husband Terry Miller. The project encourages people to post motivational stories of how after being teased and taunted in their childhoods, they were able to make something of their lives. The focus is to help LGBT youth realize that their life is worth living and teach them suicide should never be an option.

He estimates over 500,000 "ordinary" people have donated their stories to the cause, which he believes is just as -- possibly more -- valuable than the celebrities and politicians who shared words of support.

"There are a lot of LGBT kids out there who are isolated and bullied by their parents, who are in despair," Savage explained. "They don't allow their gay kid to have an adult gay role model. What we did about that is bring the support group to those kids."

Part of the issues that he feels young LGBT people have to deal with includes racism within the community, a topic he addresses on the show.

"It's very difficult for some people, particularly African Americans, to be gay. Homophobia in the African American community is a lot higher than any other community. The more people who come out and challenge their families and their churches to get over it, the quicker they'll come around," he said.

He cited the story of Vanessa, a lesbian girl he had previously talked to on an  "It Gets Better" MTV special, whose family had a hard time dealing with the fact that her child was gay. He hopes by sharing their stories others can learn that they are not alone.

"They're changing their communities beginning with their families, but it is harder when you couple that sense of rejection for being gay with your family and church and the sense that there is a lot of racist white gay people who are s********. You're going to feel a lot of shame and burden," he added.

But, the show won't only address LGBT issues. For one thing, Savage believes all people should be concerned with the current birth control debate in Washington. Because college students easily have access to birth control now, he feels they don't realize that right can be taken away from them.

"I've been running around for 15 years screaming and tearing my hair out about this issue," he said.

While Savage said the nature of the questions he receives has changed over the years from bedroom advice to deeper emotional issues, he said the need for people, especially college-aged youth, to get advice is still there.

"College students need to shrug off what they were told about sex... So many people are obsessed with being normal than being honest with what they're genuinely interested in experiencing," he said.