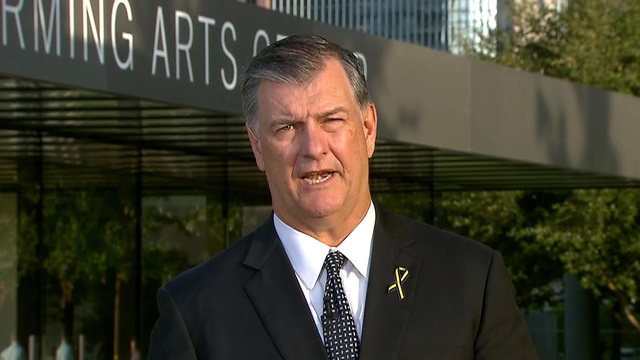 "Our police officers died for Black Lives Matter movement," Rawlings told "CBS This Morning" on Tuesday. "We were protecting those individuals. That is not a racist organization. They're trying to do better, but I ask everybody to start at the level playing ground that there are police are there to serve them and to serve everyone."

Rawlings also said President Obama had reached out to him and he disagreed with some law enforcement officials who said that the president had not been supportive enough.

"He's told me that the words that come out of leaders are important and we've got to always believe we can do better," Rawlings said. "But it's got to start with our self-esteem as a police force and understand 99 percent of what they do is what we want and that we're proud of them. Sometimes, people hear what they want to hear in those conversations."

Rawlings also described Dallas Police Chief David Brown -- who likened police officers to superheroes at a vigil for the five fallen Dallas officers Monday -- as one of the "heroes we need," after he called for black protesters to become "part of the solution, serve your communities" by joining the police force.

"Look, we can dissent without demonizing and I think we've demonized our police for too long and we have to stop that. We will always get better but we have to salute them because as we've seen, they do die for us," Rawlings said.

The mayor also said that he hoped if there was anything that came out of the officers' deaths, it will be drawing Dallas closer to a vision of a "strong and safety city."