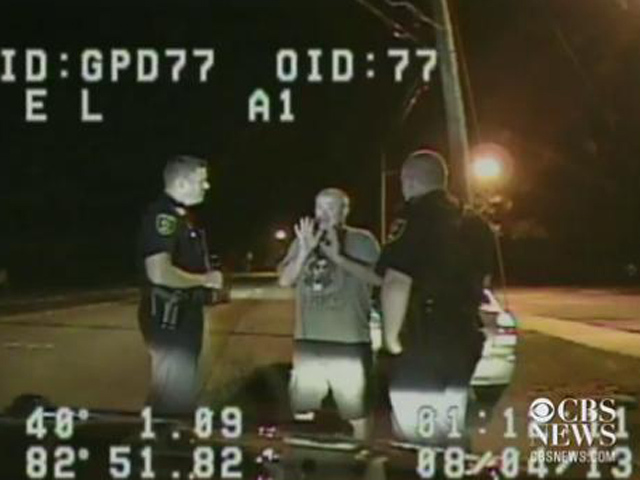 (CBS) GAHANNA, Ohio - A joyous driver kicked his legs, told a dirty story and danced during a sobriety test in Gahanna, Ohio, according to The Columbus Dispatch.

The paper reports Bentley was spotted by officer Reuben Hendon while driving 40 mph on a 25 mph speed limit road, and then failed to realize the officer and his partner were flashing lights to pull him over.

Officers were able to stop and give Bentley several sobriety tests, but he failed all, even started dancing while doing one of them.

Hendon reportedly said "It appeared as if Dale felt the whole encounter with police was funny and a real good time."

Although the video could be comical, police reportedly said they are happy they were able to get the intoxicated driver off the road.

Bentley was charged with drunken driving, speeding and not complying with an officer.

After the video was shown on local TV stations, a reporter asked Bentley if he remembered dancing, he replied "no."

The Columbus Dispatch reports he was released on a $164 bond.