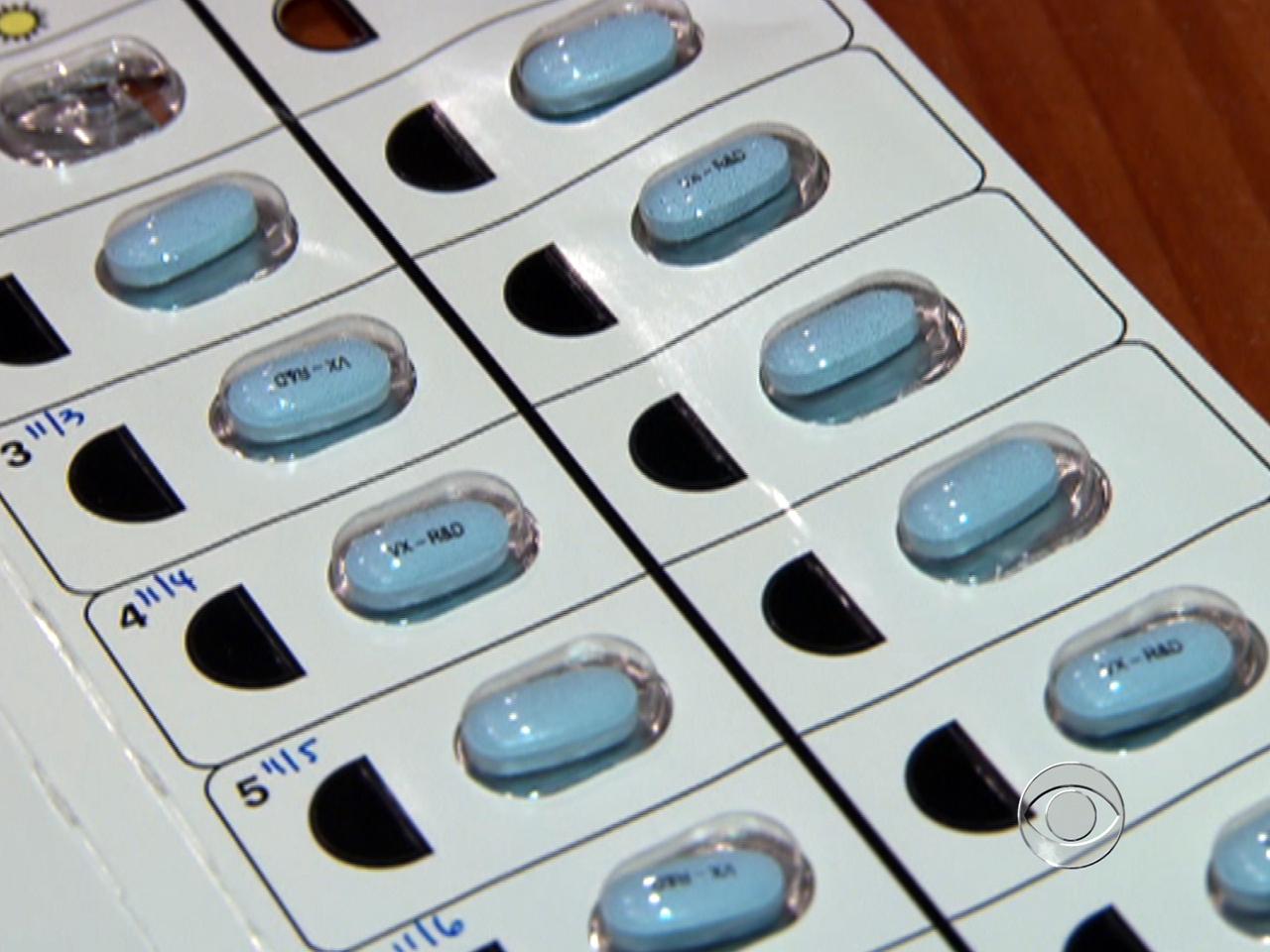 (CBS/AP) A promising new cystic fibrosis drug called Kalydeco was approved by the FDA on Tuesday. The drug targets a handful of CF sufferers with the so-called G551D genetic mutation, but researchers are hopeful the drug could also help thousands of other patients with the inherited disease.

About 30,000 Americans live with cystic fibrosis, a disease that causes sticky mucus buildup in the lungs and other organs, leading to infections, digestive problems and death in young adulthood. The average life expectancy for people with the disease is about 37 years.

The FDA approved Vertex Pharmaceuticals Inc.'s drug for patients with the rare G551D mutation that affects just 1,200 people in the U.S., about 4 percent of affected population nationwide. These patients have a protein defect that prevents their cells from properly absorbing and excreting salt and water. In November, a study in the New England Journal of Medicine found the drug improved lung function and helped reduce the likelihood of a pulmonary exacerbation - temporary but serious lung function problems like coughing and shortness of breath - in CF suffers by 55 percent, HealthPopreported.

"Even though this drug isn't for the majority of people, it proves that you can look at the mistake in the genes and design a drug in a rational way that will fix the problem," said Dr. Drucy Borowitz, director of the cystic fibrosis program at the State University of New York at Buffalo.

Kalydeco is a twice-a-day pill that is among the first drugs designed to a correct a specific genetic defect. Its development characterizes both the promise and challenges of that approach. Scientists first identified the gene that causes cystic fibrosis in 1989, but it took more than two decades and more than $75 million in outside funding from the Cystic Fibrosis Foundation to develop a drug to treat the disease.

Borowitz enrolled several of her patients in the Kalydeco study, which showed that patients taking the drug increased their lung strength more than 10 percent when compared with patients taking a placebo. Patients also had fewer infections and gained nearly seven pounds on average, a significant amount for patients who typically have trouble retaining weight. All patients in the study also took older medications that help loosen mucus.

"Two weeks after using the drug my lung tests were above average for a healthy 15-year-old who didn't have cystic fibrosis," said Nick Mangano, 17, a patient in the study who has been taking the drug for two years. Before starting on Kalydeco, Mangano said he was hospitalized for lung infections five times in four years. Now he says he recovers from a cold within a week or two.

"I don't really need medicine for it anymore, it's totally different," said Mangano, who is considering leaving Buffalo for college next year - a step he hadn't previously considered because of his dependence on his family and physicians.

Only a few decades ago, children with cystic fibrosis rarely survived elementary school. Now, thanks to earlier diagnosis and new focus on diet and physical therapy, 47 percent live to be 18 or older.

The FDA approved the drug for patients 6 years old and up, though Vertex plans to study the drug in patients as young as 2 years old. Researchers hope that by using the drug earlier they will be able to prevent permanent lung damage, which is the primary cause of death for cystic fibrosis patients.

Mangano and others with the G551D mutation have a defective protein that fails to balance the flow of chloride and water across the cell wall, leading to the buildup of internal mucus. The vast majority of cystic fibrosis patients have a different genetic defect, in which the protein does not reach the cell wall. Vertex is developing another drug to try and address that problem, with study data expected later this year.

Kalydeco is part of a growing number of new medicines that target rare genetic variations found in subgroups of patients. Last year Pfizer launched a new lung cancer drug called Xalkori, which targets cancer linked to a genetic mutation found in less than 7 percent of patients.

The most common side effects with Kalydeco include headache, stomach ache, rash diarrhea and dizziness.

Cystic Fibrosis is the most common genetic disease in Caucasians, affecting nearly 70,000 people worldwide, the authors said. Most children are diagnosed with the disease by age 2. In order to get the disease, both parents must pass down a CF gene. An estimated 1 in 29 Caucasian Americans possess the gene. The life expectancy for people with CF is 37 years, a dramatic increase over the last three decades.