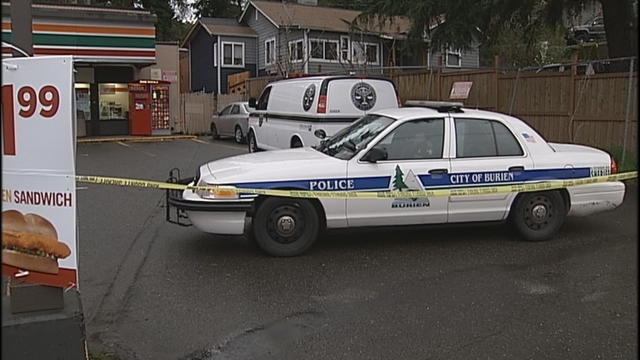 CBS affiliate KIRO in Seattle reports Boulevard Park deputies are calling the customer who killed the attacker at a 7-11 in the city of Burien a hero.

The motive for the attack is unclear.

King County PIO Cindi West said: "What everybody says is that he didn't say anything. He just walked in the store, had the hatchet, and started attacking people."

KIRO reports the store clerk got cut on the stomach at some point during the attack.

The Seattle Times reports the customer who killed the attacker was a man in his 60s who had a concealed-carry permit, and that he buys his coffee every morning in the store.